Isola, Giorgi defended by his daughter. Face to face between Awed and Vera Gemma 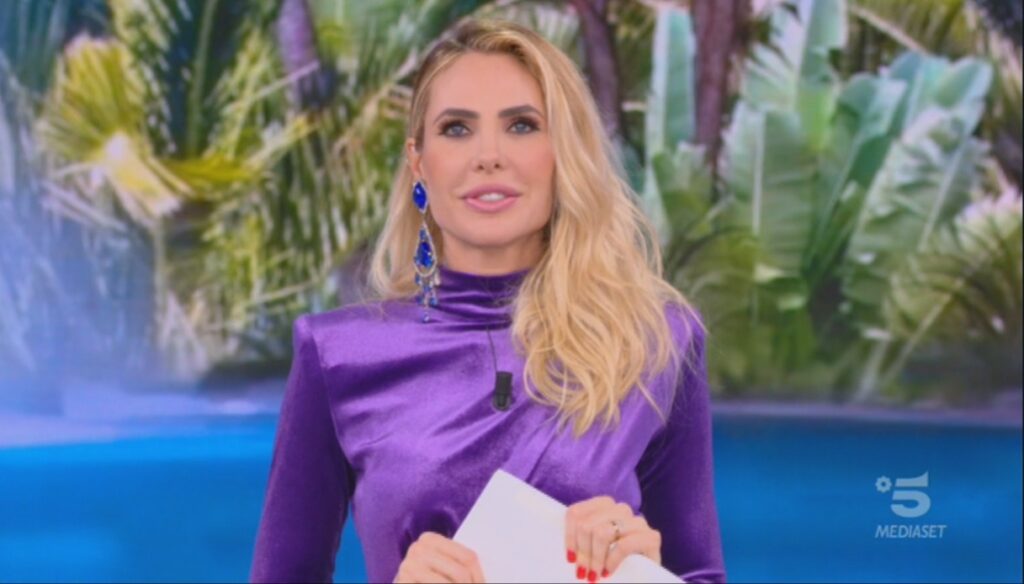 The eighth episode of the Island 2021 was the scene of conflicts and retaliations: Camilla defended dad Brando Giorgi and Awed had a face to face with Vera Gemma

The Island of the Famous 2021 is back in prime time on Canale 5, with an eighth episode as always full of emotions and twists between new entries, unexpected returns and challenges between castaways, the leitmotif of the fifteenth edition. Alongside Ilary Blasi, the three “reality detectives” Iva Zanicchi, Elettra Lamborghini and Tommaso Zorzi.

The hostess has returned to the office after the break on Thursday 8 April. The Mediaset reality show has stopped to make room for the opening maneuvers of Supervivientes, the Spanish edition in which two very Italian VIPs take part: Valeria Marini and Gianmarco Onestini. For which, among other things, the "stellar" showgirl has shown some interest.

The splendid Ilary confirmed herself as the undisputed queen of the program, she who with her looks was able to amaze and charm the public with class and elegance. After the whimsical yellow, the classic and timeless black and the bright and passionate red, for the eighth episode the hostess chose a very chic long purple dress. The eighties accentuated shoulder straps are a must, enriching the simple but bold silhouette, with a vertiginous slit. The precious touch could not be missing: a large pendant earring with two blue stones, for a simply perfect tone-on-tone effect.

The episode immediately went live with the connection from Playa Esperanza where Vera Gemma, Elisa Isoardi and Miryea Stabile have created a close-knit group ready to take revenge against their teammates, who had eliminated them. Nicknamed the "three amazons" of the island of 2021, they have created a special alliance in the name of revenge against other competitors. The determination made them reborn, stronger than before and they returned to the Palapa full of energy and desire to do. "I called the island of redemption," said Isoardi. "Slowly, one after the other we will take them out without mercy", added Vera Gemma.

And while the three competitors set off for the Palapa, attention was focused for a moment on the Giorgi case. The actor from Centovetrine, in fact, during the week decided to leave the group, expressing not a little discomfort towards his travel companions. Giorgi admitted that he was unable to integrate but confirmed once again that he does not share the dynamics of the game, which he says are not correct. In particular, he referred to Gilles Rocca and Valentina Persia (with whom he had a heated quarrel), but also to Andrea Cerioli.

Unexpectedly, Ubaldo Lanzo also entered the discussion, who did not send them to say, accusing his partner of showing himself as a “little saint”, when in reality he behaves in exactly the opposite way. Ubaldo, always rather sober, was unable to contain his anger towards Giorgi, leaving Ilary herself stunned.

Then Camilla, the daughter of Brando Giorgi and his wife Daniela Battizzocco, intervened from the studio, accusing Awed of using inappropriate words towards the actor: "Rinse your mouth when you talk about my father," he thundered. Awed for his part replied not to extrapolate random phrases from the context of the discussion, but Camilla did not give way, adding to the dose.

And Awed has always been the protagonist of a unique event in the history of the Island of the Famous. "There is a person who has come from very far to talk to you," Ilary told the blindfolded competitor. And the surprise exceeded all expectations of Awed: Vera Gemma ready to put the dots on the "i". “I believed in our friendship, I believed in you and I thought you did too. I never left here, I was in a kind of 'purgatory' in which I was reborn. I have heard so many things that you have said and that have also touched my being a mother, which I do not allow anyone ”. Vitriolic words those of Vera Gemma, disappointed by Awed's "betrayal", whom she considered a true friend.

“I do not deny that you are humanly a fundamental person for me here. I let myself be carried away by a motion of despair, in the week in which I felt that everyone was against me. I saw a shoulder in you at that moment ”- Awed replied -. “I really loved you but it was such a special week, it wasn't me. I don't behave like that in normal life. (…) I am aware of having made a mistake ”.

A heated confrontation that has remained unsolved, but which – as assured by Blasi – will be able to resume. The face-to-face ended with a hug, despite the expected apology from Awed did not arrive, as Zorzi pointed out in the studio.

Barbara Catucci
8415 posts
Previous Post
Isola, Ignazio Moser ready to land in Honduras
Next Post
Belen in the Maldives with Spinalbese: the photos on Instagram are discussing