Isola: it is war between Vera and Cerioli. And a new destiny emerges for Isoardi 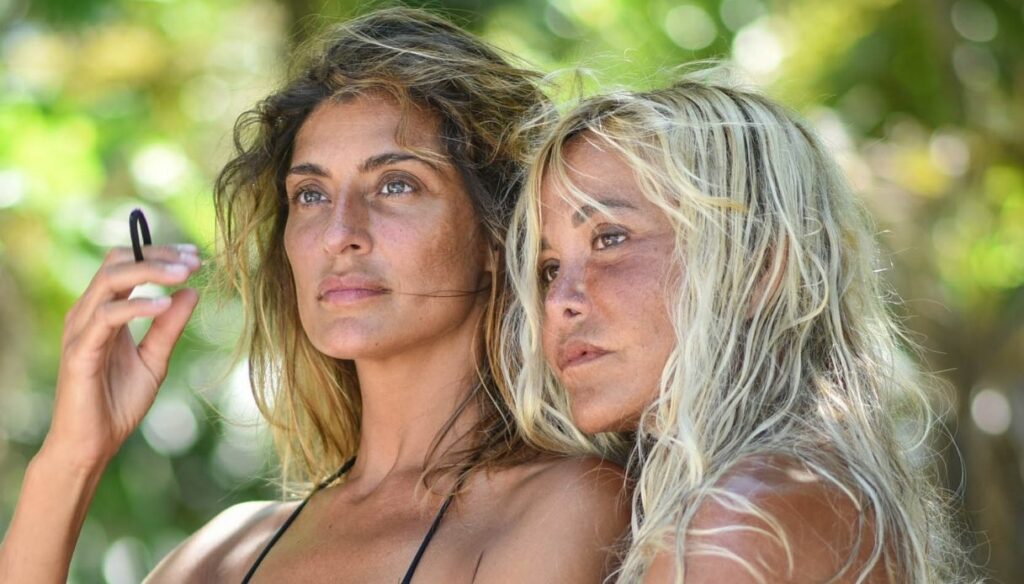 On "L'Isola dei Famosi" there is a war between Vera Gemma and Andrea Cerioli, while a new destiny emerges for Elisa Isoardi

On the Island of the Famous 2021 there is a war between Vera Gemma and Andrea Cerioli, while a new destiny is emerging for Elisa Isoardi. After the TV presenter's farewell due to an eye injury, the balance in Honduras has changed and new coalitions are emerging.

The two "amazons", Miryea Stabile and Vera Gemma, returned to Playa Reunion and their arrival immediately brought tensions and controversies. The two castaways in fact decided to consume immediately, during the episode, their reward which consisted of french fries. The scene was harshly criticized by Andrea Cerioli who commented: “They are eating only them. This fully describes the people they are ”.

Shortly after on the island, Vera decided to share the fries with the other castaways, offering them to everyone. Awed, perhaps fearing to turn against the group, refused, while both Paul Gascoigne and Fariba Tehrani accepted. Cerioli also refused the food offered and took sides against the two women: “I'll pass, thank you – he declared -. It is true that you play with people and not in groups, but in my opinion you can't mess with hunger. I would not even have done to my worst enemy to eat him in the face ". Shortly after, Vera Gemma commented: “I don't understand why she didn't accept. The war has broken out ”.

The episode increased the tension already present in Honduras, with Miryea and Vera lined up against the rest of the group. “These will be hot days. I see all this conspiracy ”, explained Cerioli. Francesca Lodo, ​​who has clashed several times with Vera Gemma, of the same idea: “I immediately saw a detachment – she confided -. A coalition. If they want to stay away from us, let them do it ”.

In the meantime, the Island of the Famous 2021 has lost one of its most beloved competitors. We are talking about Elisa Isoardi who after leaving Brando Giorgi left Honduras due to an eye problem. The presenter was among the strongest characters of Ilary Blasi's show, proving to have what it takes to be a leader. "Everything is under control for now, but unfortunately I have to go back to Italy for investigations – he announced -. They just told me this and it kills me because we have reached exactly one month and I did not expect it. The island has given me a lot, the freedom to show myself for what I am. When I received the news of the island I didn't think twice, I needed to go away. It was the most important and most intense experience of my life and I'm really sorry ".

Elisa landed on the Island of the Famous after her farewell to La Prova del Cuoco, conquering the television audience. Now, according to some rumors, his future could be in Mediaset. Il Tempo reveals that the presenter could soon sign a contract with the Biscione network that would have prepared a new afternoon program for her.

Barbara Catucci
8415 posts
Previous Post
Bonus mom tomorrow, 800 euros for each child: requirements and application 2021
Next Post
Who is Alexia of Holland, the princess who competes with Leonor of Spain