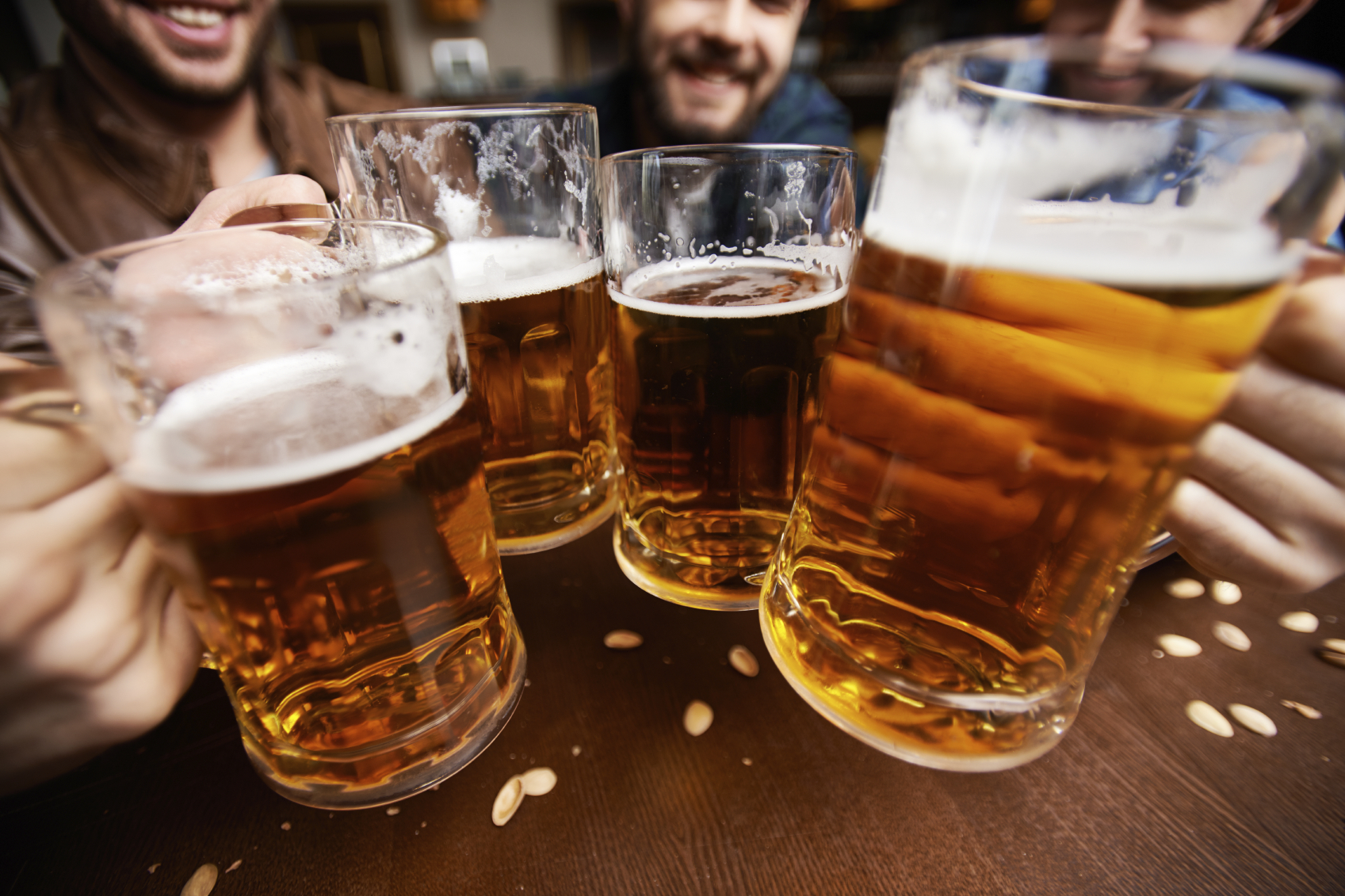 Beer is now part of that culture of taste that distinguishes us Italians and the AssoBirra data confirm it: in 2019 we reached the ninth place as beer producers in Europe.

«Variety of flavors and attention to the naturalness of the ingredients: this is how Italian beer has conquered a place on our tables, no longer just paired with pizza. Protagonist in aperitifsis now cleared of customs, thanks to the increasingly sought-after aromas, also to accompany classic dishes “, underlines Alfredo Pratalongothe president of AssoBirra.

«In the last 15 years, then, traditional beers have been added to trend of those handcrafted which are characterized by a further specificity in the “recipe”; produced by over 750 small breweries, representing 4% of annual volumes ». From the creativity of the master brewers were born the fruity variants with citrus fruits, blueberries and raspberries, apples, or enriched with flavors linked to seasonality and the territory, together with those flavored with coffee and chocolate. «The non alcoholic beerwhose production reaches 1.5% of the approximately 17 million hectoliters produced in Italy per year », continues Pratalongo.

Speaking of Italian beer does not mean that the supply chain of raw materials is entirely local, but that it comes produced in our country and which has that particular “Italianness” in the processing, in the complexity of the body and in the choice of aromas.

According to AssoBirra, however, 40% use local barley malt and aim for a coverage of 60%, while hops are almost entirely imported. Beer too artisanal it does not necessarily use self-produced ingredients; there distinction from the industrial one is defined by law: it must not exceed 200 thousand hl of production per year and must not be subjected to pasteurization (we also speak of raw beer) and microfiltration. What does it mean? Which does not undergo the heat treatment that guarantees maximum conservation and that impurities are not eliminated. Indeed it is characterized by a natural turbidity.

“The industrial beers, on the other hand, are pasteurized and, for the most part, microfiltered through the process that makes them clear, so as to guarantee the standard in taste”, he underlines Giorgio Donegani, food technologist. «Processes that do not affect food safety but rather on taste and appearance, sometimes giving the drink a slight hint of cooked. It has no influence even from a nutritional point of view because beer does not significantly contain thermolabile nutrients ».

Properties and characteristics of beer

Thanks to hops, beer also has the ability to facilitate digestion, due to the contained in bitter principles and essential oils. Furthermore, given the antibacterial properties, acts as a natural preservative. What makes it thirst-quenching, then, is carbon dioxide, due to the anesthetic effect on the oral mucosa, where the stimulus of thirst is most perceived.

“Light or dark, from a nutritional point of view, it contains carbohydrates, traces of proteins, but also mineral salts, in particular calcium, phosphorus and iron », underlines the technologist. Regarding the latter, some studies believe that dark beer is richer in it, in particular in free form, that is, more easily absorbed by the human body. While other researches have focused attention on silicon, of which malt and especially hops are sources; this substance promotes the formation of collagen and it is important for the growth and development of connective tissue and bone. They would be the light colored beers to have a greater content. «This ancient drink, loved since the time of the Egyptian pharaohs, also contains a certain amount of B vitamins (not thermolabile), linked to the presence of yeasts », continues Donegani. «It can be significant, however, only for the unfiltered one, even better if refermented in the bottle like the Trappists». Furthermore, beer contains several antioxidant principles: «Polyphenols that fight free radicals, thus counteracting tissue aging and improving the elasticity of blood capillaries. Anti-aging substances which, among other things, have the advantage of being absorbed quickly “, specifies the expert. And it is in particular the dark beer the richest variety, because the roasting process of the beans takes place at a higher temperature than the whites. In fact, more polyphenols develop, which also give the characteristic amber color.

The additives allowed in beer

“Caramel as a colorant and some sweeteners (aspartame, saccharin), but lactic, ascorbic and citric acids can also be added as acidity correctors or as an antioxidant,” explains the expert. «It can also contain sulphites, also in this case to prevent oxidative processes. They are not harmful and may not be indicated on the label: if they do not exceed 10 mg / l there is no obligation ».

Beer can contain over 4% and up to 12% (in the case of special and double malt) alcohol. With all the resulting consequences on health. For drink responsiblythe right dose is 1 alcohol unit, equal to 12 g of alcohol, which is to say a can of medium strength (4.5 degrees) for women; and 2 units (24 g) for men.

And it is valid for those over 18 years old. The Ministry of Health says so, specifying that this is the quantity considered low risk and is meant with meals. No beer for under 16s, as established by the law; unfortunately, according to the latest Istat data, Italian adolescents between 11 and 17 years consume it at least once a year or several times, albeit occasionally, and between meals. A dangerous trend for the cognitive and psycho-social development of the younger generations.

“Non-alcoholic beer is not always alcohol-free”, Donegani points out: “According to legislation, in fact, a drink is considered non-alcoholic when it does not contain more than 1.2% alcohol, this means that, for example, a beer with 0.4% falls into the category ». You better know if you think that you are avoiding alcohol.

“Given the difference in alcohol content, the caloric intake also changes: considering that a gram of alcohol gives 7 calories, an average clear, of 33 cl, already reaches 100 calories”, Donegani underlines.

«The alcohol content then depends on the ratio between the malt and the water: the higher the content of the cereal, the higher the alcohol content. «Therefore the difference between a 3.5% light beer and an 8% one is certainly not negligible. A can of the former provides 80 calories (less than orange juice), while for the second the bill rises to 185 calories», Concludes the technologist.

To savor it to the fullest

Off with the cork, an obligatory toast and then immediately refreshing sips: drinking beer from the bottle gives that feeling, even a little transgressive, of freedom … however, to fully savor it, it must be poured into the glass. And this is not a taster’s habit, as Giorgio Donegani, our expert in food technology, explains.

«Pour it into the glass it allows to eliminate the excess of carbon dioxidethus preventing it from accumulating in the stomach and interfering with digestion. Furthermore, avoid covering the taste because this gas already has in itself an anesthetizing effect on the taste buds. It should be poured, halfway, without letting it foam while the final foam cap should be left: it is an indication of freshness, in the unpasteurized and on tap, and does not disperse the aromas ». And if you really want to amaze when you offer it, the glass should first be slightly wet with cold water, to avoid thermal shock and ensure that no residue, such as dust, “contaminates” it.

Here’s how to combine it at the table. AssoBirra’s advice 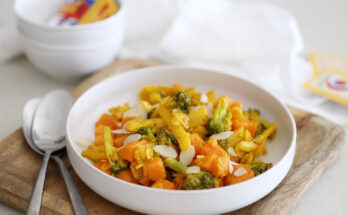 Blood sugar under control with saffron: the vegetable wok 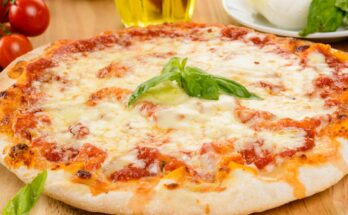