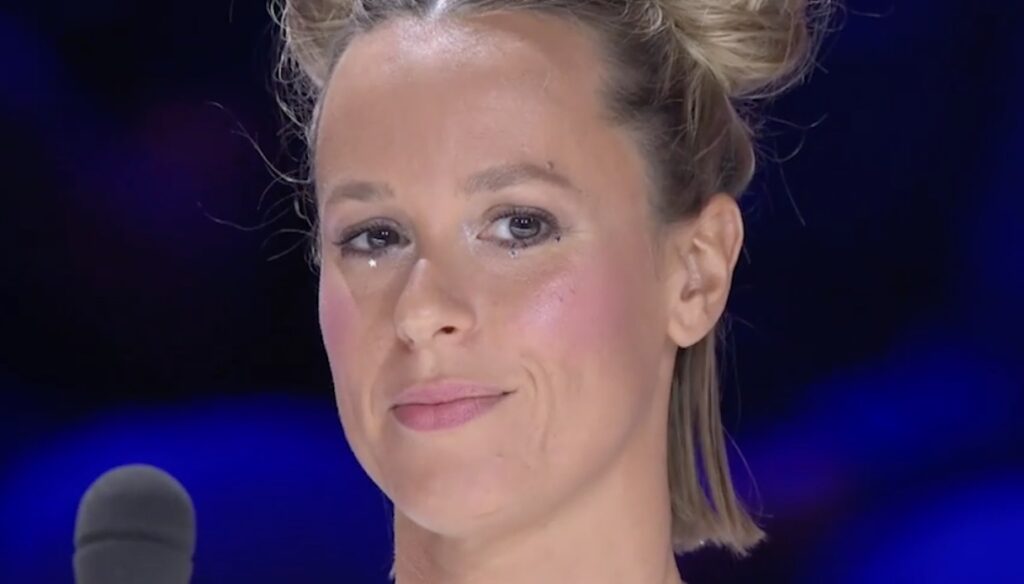 Giorgia's story thrilled everyone at "Italia's Got Talent": Federica Pellegrini sends her to the final

She is very young, her name is Giorgia Greco and she thrilled everyone with her performance at Italia's Got Talent: the story of the gymnast moved Federica Pellegrini in particular, who also decided to dedicate a post to her on Instagram.

"Brava Giorgia…. you are an immense and beautiful star ", wrote the Venetian champion on social media, sharing some photos in which she hugs the young gymnast, who lost her leg at the age of a tumor. With her performance Giorgia managed to impress both the judges and the audience at home: thanks to her talent and her stubbornness she conquered the stage of Italia's Got Talent.

The gymnast, just thirteen years old, in fact, with tenacity and big smiles overcame the difficulties, engaging herself in rhythmic gymnastics, a sport she had already practiced since the age of four. Born on March 1, 2007 in Milan, at the age of seven she began to suffer from severe pain in her leg: "Following checks, they found a bone tumor, we had more chances of staying with Giorgia with the amputation", said the mom of the young athlete.

It was not easy for her to get used to her new body, but her passion for gymnastics has never abandoned her and has allowed her to tell a story of redemption and great determination on stage.

Giorgia, thanks to her extraordinary skills, has earned a place in the final: Federica Pellegrini in fact, after having witnessed her performance, decided to use the Golden Buzzer. Before her, Mara Maionchi in favor of Black Widow and Frank Matano for Giustino had made the same choice in previous episodes.

“This evening is a performance but I don't compete in a competitive way, because my category doesn't exist,” explained the gymnast. Federica Pellegrini, however, only wanted to underline Giorgia's qualities: “I saw only one thing this evening: your skill. You are truly incredible ”.

"I hope that new things will happen with you", echoed Mara Maionchi. And then the surprise: "I'll tell you another thing too – continued the Olympic swimming champion -. Get ready because I will make you compete in a final, that of Italia's Got Talent ". At that point he pressed the Golden Buzzer, making the young Giorgia Greco reach the final directly.

Barbara Catucci
7093 posts
Previous Post
Mara Carfagna overshadows Maria Elena Boschi who consoles herself with Berruti and the Tapiro
Next Post
Covid-19 vaccine and allergies, what and how to do