Jane Fonda: the coolest over in Hollywood (and beyond)

Very elegant, smiling, always impeccable: she is Jane Fonda, a living legend, even in terms of look

Jane Fonda is a legend: environmental activist, at the forefront of marches against climate change at 83 and happy to wear and re-wear the same clothes on the red carpets after many years, it can be said that the lady here knows, even for as regards knowing how to value oneself. Accomplice if you also want the body always very well trained, Jane does not miss a beat. Let's see some of her looks.

Jane Fonda: in black and gold

Selecting the photos for this article was difficult: Jane Fonda's photos are thousands and she is always flawless! The thing that surprised me (positively) was that he wears the same things very often. Even in these few shots you can see: the same quilted backpack, the same canvas shopper, often the same shoes or the same outerwear, to give a concrete example that it is not necessary to always have something new on to be at the top. Here Jane wears a black total look illuminated by golden details: the ankle boots take up the print of the blouse. Super! 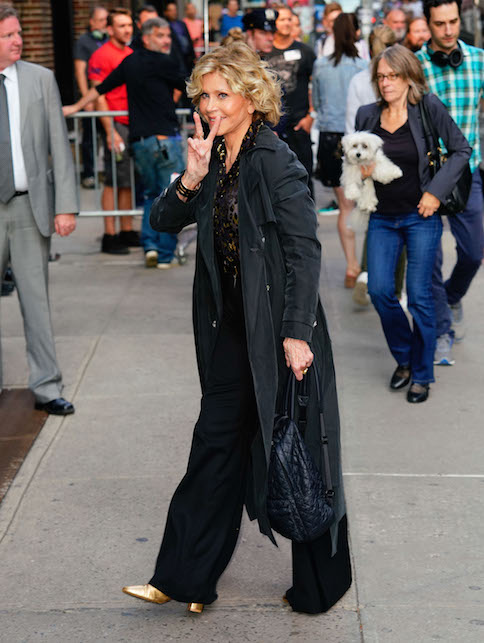 Total black yes, but with style: the sports jacket hides an outfit that is anything but casual. The XXL belt raises the center of gravity, elongating the figure and the palazzo trousers are soft and worn casually over a pair of medium-heeled ankle boots. 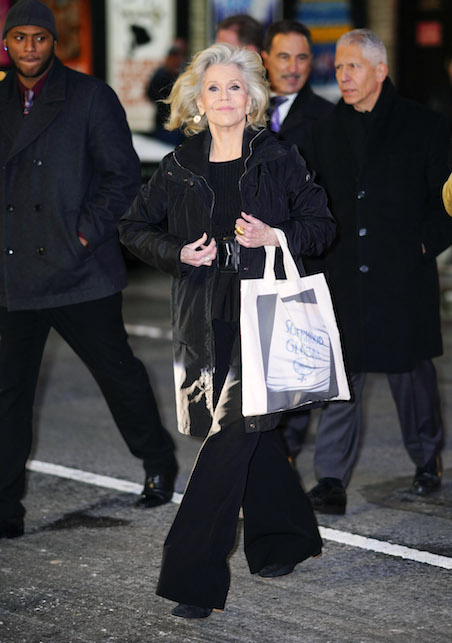 When I say that only one strong piece in the look is enough, I mean just that: here Jane wore a classic-cut green trousers and a very simple black sweater. The 90 piece? The necklace, which makes the look unique. Make a note for when you run out of ideas. 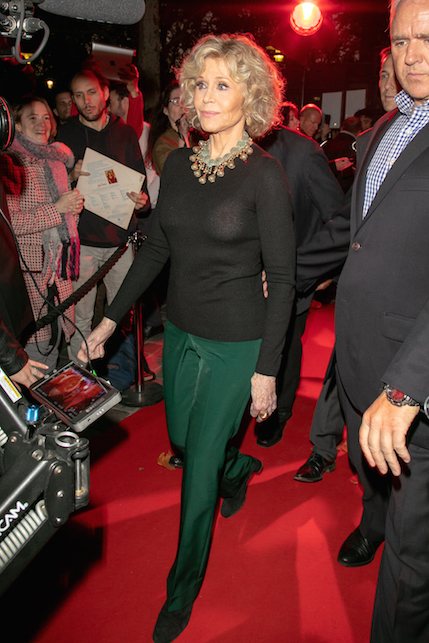 Jane Fonda: in a suit

Ok, here it is clear that Jane has such a genetic combination that time for her stopped several decades ago, but that's okay, let's get over it! Here it is, with all the simplicity of a suit (garment that I don't love, but she is capable of making me like it), worn with a super basic white shirt and peep toe shoes. But what do you want to tell her? Perfect! 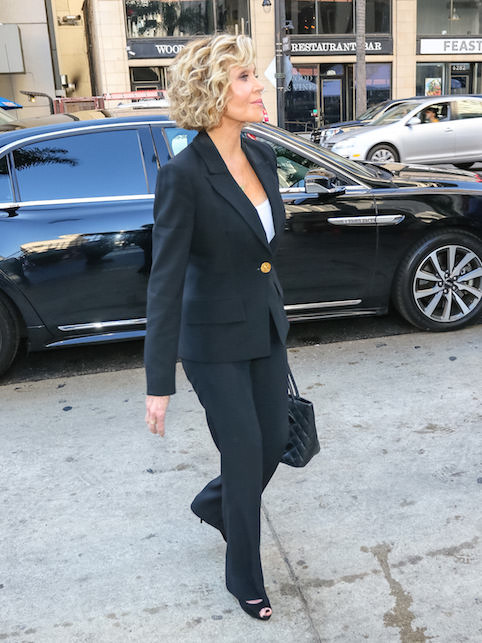 See two photos above: the same applies here, except that the detail on which to make the eye fall is the neck scarf, which incorporates the shades of black and green. Impeccable, even with the quilted jacket (ça va sans dire). 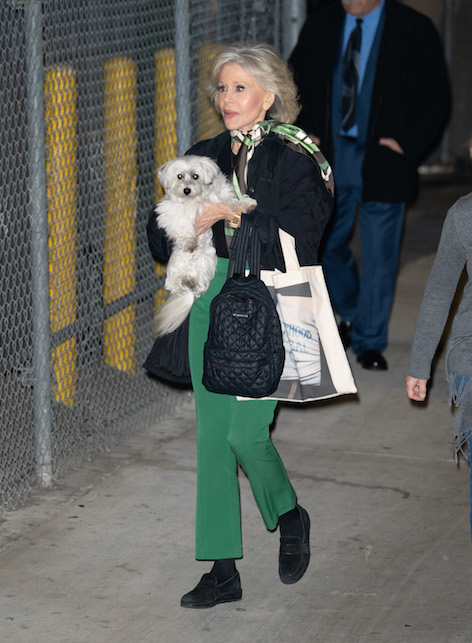