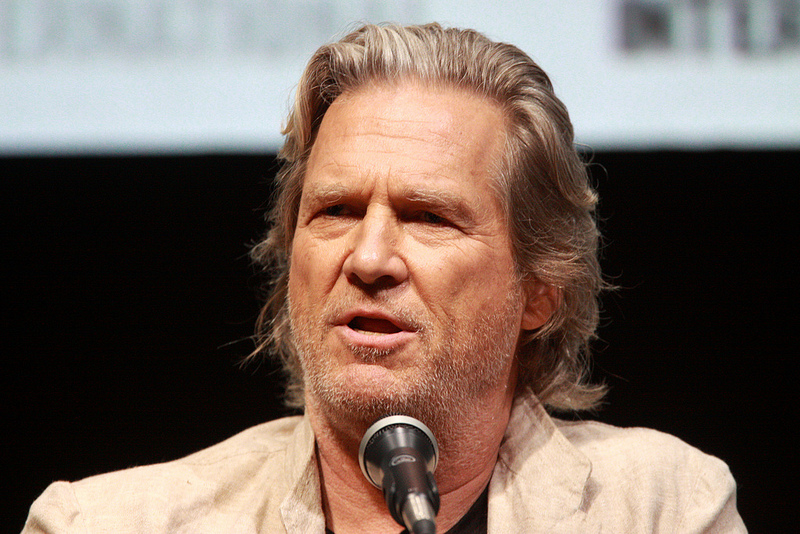 Jeff Bridges is a famous American actor known worldwide for winning the Oscar for the film "Crazy Heart". We retrace his career and his private life

Jeff Bridges was born in Los Angeles, California on December 4, 1949. Jeffrey Leon, this is his full name, was born into a family deeply linked to Hollywood. Her father is the famous actor Lloyd Bridges and her mother, Dorothy Simpson, is also an actress. Jeffrey makes his first big-screen appearance as a child in "The Company She Keeps" (1951), a film in which his mother and older brother Beau also appear. He then appears in several episodes of his father's TV series "Sea Hunt" and in "The Lloyd Bridges Show". Young Bridges grows restless and often gets into trouble at school. In order to teach him the discipline, for his first year of high school, he is sent to study in a military academy. Jeff hates every minute spent in this school and convinces the family to complete his education in a public high school. Despite numerous attempts to focus him on his studies, academic efforts are often put aside in favor of creative endeavors. In fact, the boy is not lacking in inventiveness and originality. As a child he studied piano and later began playing the guitar. At 16, he wrote a song for the film "John and Mary" (1969) and, still as a teenager, he sold two compositions to the great music producer Quincy Jones.

Upon graduation, Jeff Bridges follows in the footsteps of his brother Beau and joins the Coast Guard Reserves. He then moved to New York, where he studied acting at the famous Herbert Berghof Studio. It is from here that the first works begin. In 1970, Jeff appeared in the films "Paths of Anger" and "The Yin and Yang of Mr. Go". The young actor then gained huge acclaim in 1971, when he starred in critically acclaimed film "The Last Show" by Peter Bogdanovich. Thanks to the role of Duane Jackson, a young man who lives in a sleepy Texas town, Bridges earns an Oscar nomination for best supporting actor. He later devoted himself to very serious roles in the films "Bitter City – Fat City" (1972), "Bad Companies" (1972) and "The Last American Hero" (1973). However, in this period of his career, Jebb is not focused on notoriety; he is more interested in experimenting with drugs, in spirituality and in relationships with actresses Cybill Shepherd and Valerie Perrine. He began to seriously consider the possibility of dedicating his entire life to acting only after "The Iceman Cometh" (1973). Thanks to the drama, the sacred fire of art, his interest in cinema, is rekindled in Jeff Bridges.

Learn to be a serious professional and to engage with constancy and self-sacrifice in the Seventh Art. The actor's career thus begins to proceed quickly. In 1976 he took part in the remake of "King Kong" with Jessica Lange, an extraordinary commercial success: the film earned $ 90 million worldwide against the 23 million budget employed and won the Oscar for special effects. He then stars in popular films such as Disney's "Gates of Heaven" (1980) and "Tron" (1982), as well as in films that give him an Oscar nomination such as "A 20 gauge for the specialist" by director Michael Cimino (1974) and Starman (1984) directed by John Carpenter. He later starred in "The Legend of the Fisher King" (1991), alongside Robin Williams, and in "Love Has Two Faces" (1996), a cinematographic work which is directed by Barbra Streisand. In 1994 Jeff Bridges received his star on the Hollywood Walk of Fame in Los Angeles. In 1998 he experienced a great return of popularity with the Coen brothers' cult film, "The Great Lebowski". In the comedy, Bridges plays Jeffrey "The Dude" Lebowski, a hippie, lazy and slack bowling player. The film does not have an immediate commercial success, but the fans are conquered by the jokes and bizarre, comic characters. The film kicked off a festival, the Lebowski Fest, which has been held in Louisville, Kentucky every year since 2002.

In the two days of the festival, pieces of the film are seen, live music is played and bowling is played, all rigorously dressed like the protagonists of the film. In 2000 Bridges starred in "The Contender" and the performance earned him an Oscar nomination for Best Supporting Actor and a Golden Globe nomination. In 2010, now in his fifth nomination, he won the Oscar for best lead actor for the romantic drama "Crazy Heart", which sees him starring alongside Maggie Gyllenhaal, Robert Duvall and Colin Farrell. Thanks to "Crazy Heart", Bridges also wins a Golden Globe for best actor in a drama film and a BAFTA award for the same category. In 2010 he was directed by director Joseph Kosinski in "Tron Legacy" and starred in "The Grit" by the Coen brothers. Thanks to this second film, he earns another Oscar nomination. In recent years Bridges is among the protagonists of "R.I.P.D.-Policemen from the afterlife" (2013), "The Giver – The world of Jonas" (2014) and "The seventh son" (2014). Parallel to the film career, Bridges also follows the music career. In 2000 he released his debut album; a second album is launched in 2011, while in 2015 the third work of the singer is released. As for the actor's private sphere, Jeff Bridges has been married since 1977 to Susan Geston. The couple have three daughters: Isabelle, Jessica and Hayley.