Jellyfish, hedgehogs and dangerous fish: first aid to the sea 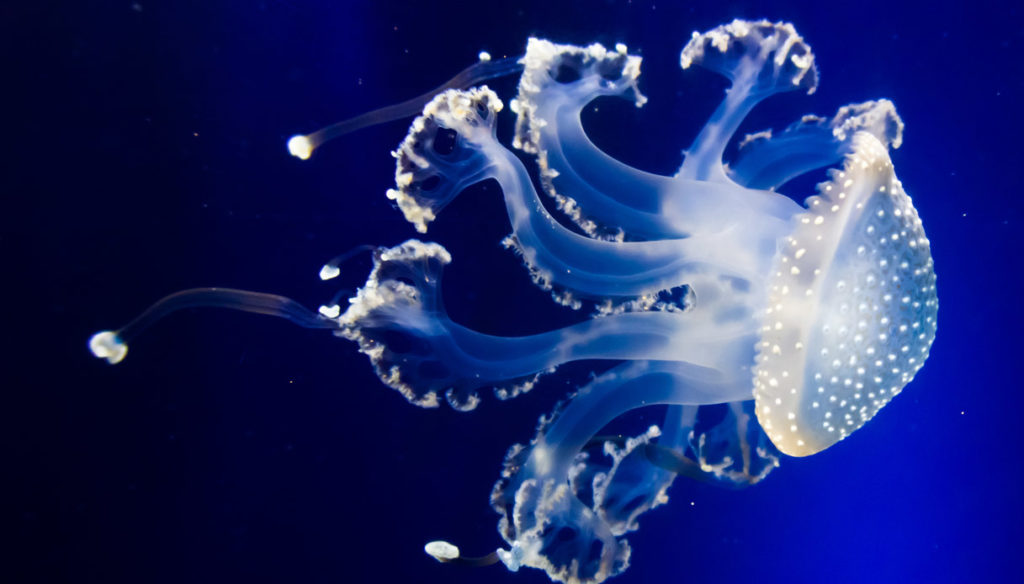 Baking soda, vinegar packs and hydrogen peroxide: remedies against the dangers of the sea. And when it is better to go to the emergency room

Beach, sun, diving, walks on the shore. Sometimes, even a few misadventures can be included in the "package", for example linked to close contact with a jellyfish or with the tip of a shoulder hidden in the sand. How to behave? Here are some simple first aid tips in the waves.

Jellyfish, keep an eye even after some time

First of all, let's dispel a myth. Fortunately, there are no jellyfish here that can be fatal in other waters if they come into contact with the human body. The problem may be present in other latitudes, for example in Southeast Asia or Oceania. In the Mediterranean waves, other jellyfish turn, which sometimes are not even stinging. In all cases, according to experts, only rarely is it necessary to resort to the emergency room.

The contact with these inhabitants of the sea, it is clear, is not pleasant because the tentacles can release a stinging compound which, in contact with the skin, causes extreme pain and burning, often leaving a real imprint. Real wheals can appear, similar to those of urticaria. But after half an hour the burning is reduced and only an annoying itching sensation remains.

But be careful: sometimes even delayed reactions may appear. We hardly notice the contact with the jellyfish: but weeks later, reddened lesions may appear, apparently without explanation, linked precisely to that unwelcome encounter.

On the remedies front, there are no specific antidotes for these poisons which, however, are thermolabile, that is, they degrade at high temperatures. The advice is to get out of the water immediately and then wash the affected part with sea water, and not with fresh water. In this way, the areas of the skin that may still have parts of jellyfish are cleaned, but above all the toxin that has not yet penetrated inside is diluted. Obviously then a careful disinfection with bicarbonate is provided, even if the folk remedies signal the usefulness of ammonia or vinegar packs.

According to scholars, besides avoiding scratching, it is not necessary to apply a stone on the part, rub with hot sand, wash with ammonia, vinegar or alcohol. There is a risk of increasing the inflammation of the affected part. It is important, however, to be careful: if the skin reaction spreads, if sweating, pallor or even if you pass out. In these obviously you need to go to the emergency room.

For the "spines" thorough cleaning

Staying on the sandy seabed, a walk in the waves to take advantage of the water aerobics effect can hide the pitfall of the backbone of the shoulder. For this reason you can also get to know – unwelcome – also with the backbone of the shoulder, a fish that usually lives in shallow (often very close to shore) and sandy bottoms. At risk are therefore the many people who choose to do water aerobics to keep fit, or at least those who love to walk long in shallow water.

In the spine of the spine there is a poison that fortunately is not lethal in humans, but the sting can cause intense pain to take off which, although rarely, can even lead to fainting. In general, however, the affected foot area becomes very swollen and hurts particularly. The emergency room plans to medicate the wound with hydrogen peroxide or the like, remembering that the toxin inoculated by the shoulder is thermolabile. For this it is necessary to immerse the affected part in hot water (at the maximum bearable temperature being careful not to cause burns!) For almost an hour.

If symptoms such as tachycardia, difficulty in breathing, nausea, difficulty in movement of the affected limb appear, contact 118 or be accompanied to the emergency room.

On the other hand, it is more difficult to find oneself facing the thorn of a scorpionfish, because this fish prefers the deepest seabed and lives above all among the rocks. Still among the rocks, you can suddenly put your hand or foot on a sea urchin, which "defends" itself from contact with the spines.

What to do? It is necessary to remove the spines stuck in the skin with tweezers or a needle, obviously after careful disinfection. In fact, if there is no adequate cleaning of the affected area, there is a risk of granulomas forming on the inside of the skin around the area where the sting has infiltrated. Also in this case, however, be careful: if in our waters there are no particular problems, the sea urchin sting can be much more problematic to treat when choosing the Indian Ocean or the Red Sea as destinations.

Gianluca Zompi
1272 posts
Previous Post
William threatened by Harry and Meghan's revelations. "Go back to London"
Next Post
Live Life, Cuccarini's farewell and the accusation from his colleague: "Male chauvinist"