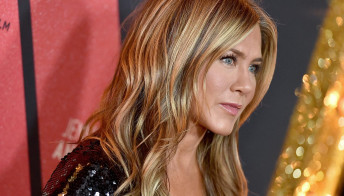 They made us dream but, too often, reality cannot overcome fantasy. Jennifer Aniston and David Schwimmer are not together. To fuel the gossip, according to which Rachel and Ross of Friends would have a love affair, it would have been the reunion of the famous TV series, in which both participated. Hopes are now extinguished and at the behest of the person concerned, who intervened to deny the rumors circulated by the British site Closer and which rekindled the gossip about their alleged flirtation, the one that made the whole public travel with the imagination.

Jennifer Aniston, heard by the online magazine ET, said: “It was bizarre. I couldn’t believe it, actually. I thought like, really? This is my brother!”. The actress, however, has specified that she understands the state of mind of the public, who for years has dreamed of seeing them side by side: “I understand. It shows how hopeful people are that dreams can come true ”.

The Closer indiscretions are so denied by Jennifer Aniston, despite everything suggesting a very particular approach, especially after Schwimmer’s statements who did not hide that he felt something more than just friendship: “I had a big crush on Jen which has been reciprocated. But we channeled all of our adoration and mutual love into Ross and Rachel. One of us has always been in a relationship and we never crossed that border ”.

Despite the Friends reunion and the many leaked rumors, Jennifer Aniston could not be further from the gossip. The actress is in fact engaged in the promotion of her new line of cosmetics, which has been designed for the beauty of women’s hair and skin. Of course, having a new love would certainly be important, but her time is now all focused on work and on new entrepreneurial projects that see her as a protagonist.

Fans’ dreams are thus shattered with an eating of words by Aniston, who not only denied the flirtation with her friend David Schwimmer but also ruled out any kind of future rapprochement. For Rachel and Ross there is no future but only a destiny as eternal friends.