Jessica, who celebrated the wedding at her husband's grave

A photo that has gone around the world: that Jessica Padget, who one year after her husband was killed, wanted to celebrate the wedding on her grave

A young woman who lost her fiance, betrothed, in an accident, caused by a drunk man. A love that after one year has remained alive more than ever, so much so as to lead her to celebrate the wedding anyway, on the predetermined day, on the grave of the one who should have become her husband.

A shot immortalized and posted on Facebook, which quickly made the world tour, a symbol of what really is love that survives death.

It is the story, unfortunately not a happy ending, of Jessica Padget and Kendall Murphy. He, a 27-year-old fireman, was on duty on the evening of 10 November 2017, when an accident with a truck, driven by a drunk man, took away his life. She, who on Facebook especially thanks her sister, for having helped her and supported her in this very difficult year, decided to celebrate the wedding anyway, going to the cemetery with her family.

The photo depicting her embraced at Kendall's tomb was posted by the photo studio "Loving Life Photography" and made the boom of like and shares.

Jessica was overwhelmed with demonstrations of affection and comfort, so much to write:

Thank you all for making my wedding day so special, even though I couldn't marry the man of my dreams 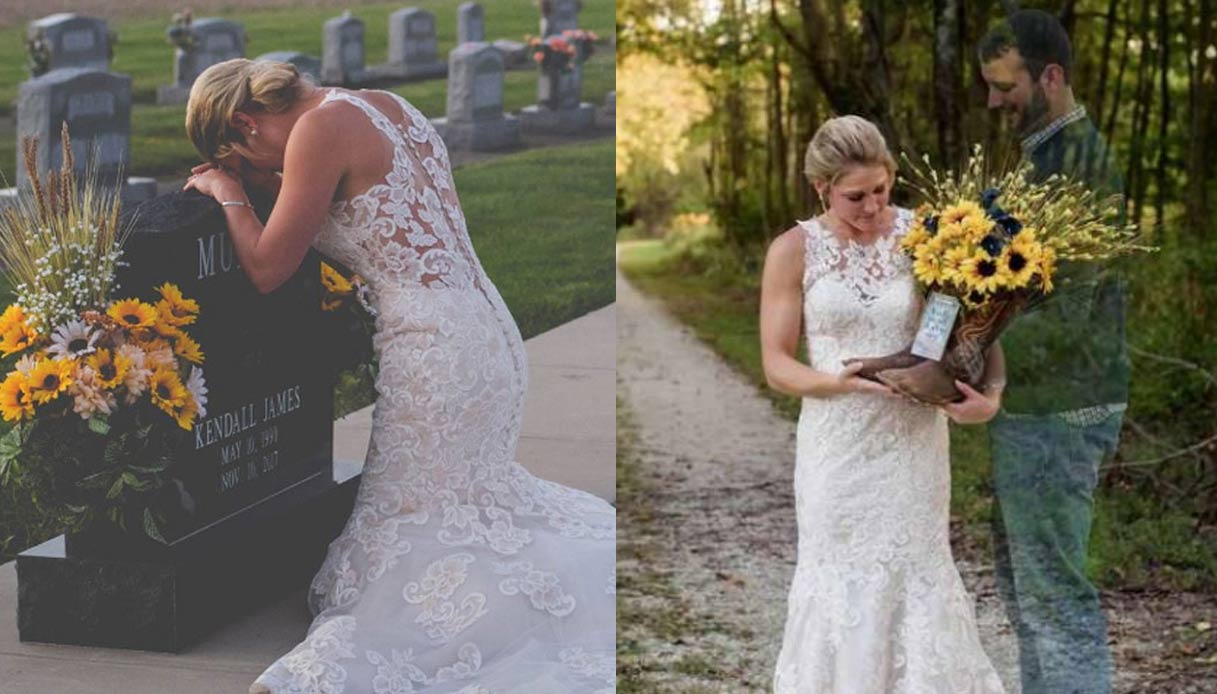