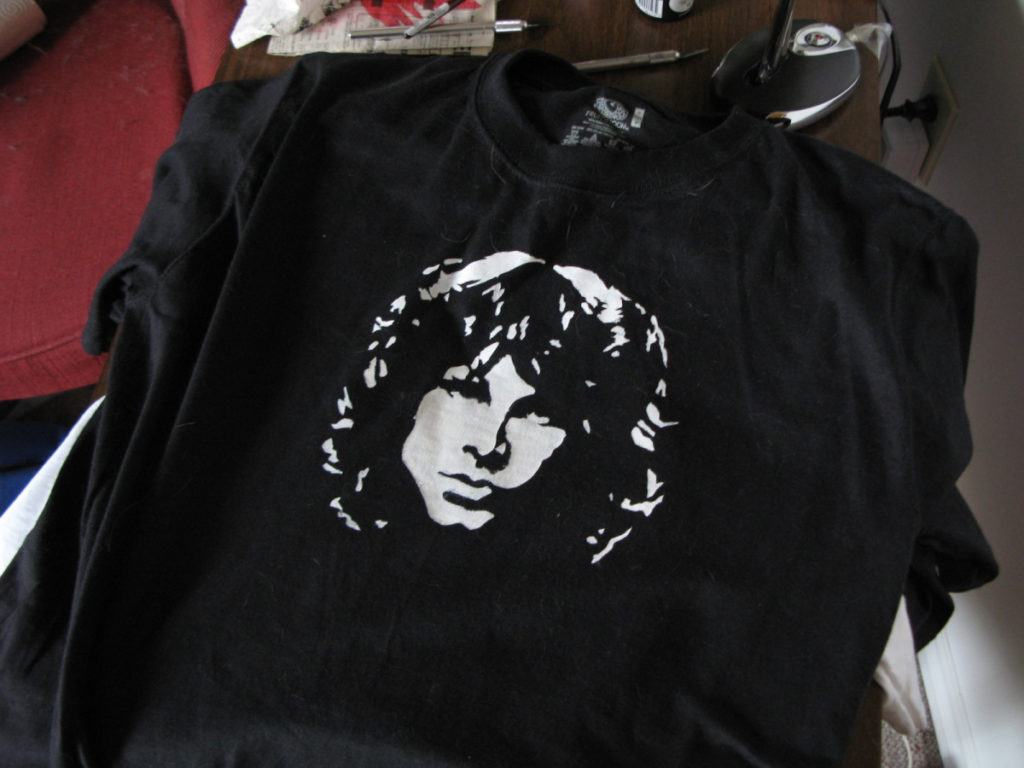 Who was Jim Morrison? Let's discover the curiosities about the life of this singer known all over the world for being the leader of The Doors

Jim Morrison, also known as Jame Douglas Morrison was a world-renowned singer and poet. He is remembered mainly for his role as frontman and leader of the musical group called The Doors, which during the 1960s became one of the most prominent groups of the revolutionary culture of the time and rock in absolute terms. He is also remembered for his poetic production which makes him classify as a cursed poet and for his way of doing, which represented the restlessness of young people of the time. According to some specialized magazines it would be among the 100 best singers in the world and in rock. He was born in Melbourne, a city located in the state of Florida on December 8, 1943, his father was an admiral of the United States Navy and his mother was a housewife. His childhood was marked by numerous displacements due to his father's role in the navy hierarchy, so he was forced to move with his family to various cities, such as Washigton, Albuquerque, Los Altos. Even after their father's return from the war in Korea they continued to move, but despite everything he manages to demonstrate a remarkable intelligence and skill in his studies. At the same time, however, from 1960 onwards his academic performance dropped, since he decided to pick up the school in order to attend particular places, meeting places for various artists. In 1964 he also had his first judicial trouble, in fact he was arrested by the police for harassing drunkenness and disturbing public peace.

The birth of the musical group that became famous all over the world occurred after 1964. At that time Jim Morrison attended the University of California, in particular the film courses, and it is in these years that he knows and makes friends with Ray Manzarek, who would later become the pianist of the musical group. Robby Krieger and John Densmore, the guitarist and drummer of the band, joined the group of friends. The name The Doors was decided by Jim Morrison himself, who drew inspiration from an essay by a writer known to him. These are very florid years from a musical and economic point of view for the whole musical group; in fact they manage to get hired by numerous clubs and by numerous record companies, which also require large commitments to the band, which in this period deepens and consolidates its musical style that will become famous over the years. As for the personal life of Jim Morrison it can be said that he will know and fall in love with his life partner, namely Pamela Courson, who will stay with him until his death.

The worldwide success and consecration of rock to great will only come in 1967 with the release of the song Light my Fire, which climbed all the charts and became one of the most famous songs of the group. Thanks to the notoriety acquired, The Door had the opportunity to do various concerts and performances; one of these performances will be made within the Ed Sullivan Show, a broadcast that aired in the United States of America. On this occasion Morrison was asked to replace a word in the above song with a term that indicated the fun inherent in consuming drugs and alcohol; the directors of the show attempted to censor this fact, which led Jim to break the censorship, being banned from the show with his band permanently. The concerts, on the other hand, obtained a resounding success, making the event sold out at each stage of the tour; but this grandiose notoriety is accompanied by events in which the public most of the time was incited to wild and uncontrolled behavior. The behavior of the leader of the band was almost always out of control, and under the effect of both alcohol and drugs.

In 1971 Jim Morrison had the opportunity to move to Paris to live with his partner, but in March of the same year he was found dead inside his apartment by his partner, inside the tub. This event is still a source of discord and conjecture, since no autopsy of the body was performed by the coroner, who declared that the cause of the death was a sudden heart attack. All his heritage, the manuscripts were left to Pamela Courson, but despite this much of the literary material written by the singer himself was left in the Parisian city. Over the years, fans had the opportunity to create many theories about Jim Morrison's death, some of them would see the CIA as the cause of death, since the singer had become uncomfortable with the messages he launched in his songs. Other theories, however, claim that it was drugs that brought Jim to death. Finally, according to some people, the leading singer of The Door staged his death in order to withdraw from the musical career and the media pressure he was undergoing at the time, to be able to devote himself entirely to poetry.

Giovanna Pirri
5949 posts
Previous Post
Summer time: in which countries is it present?
Next Post
Bianca Guaccero tells about her dark period: "For years panic attacks"