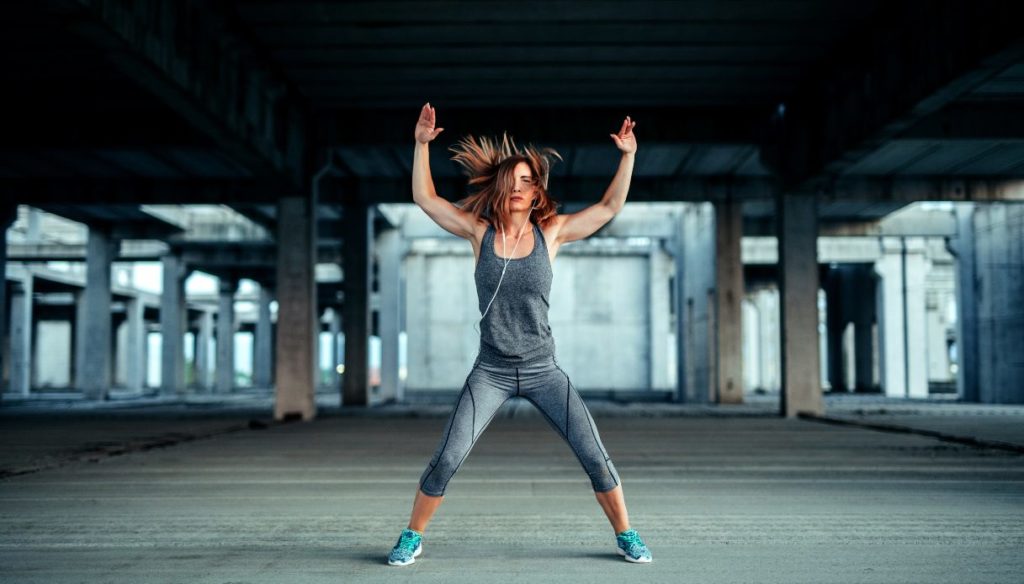 How to perform these jumps correctly, which muscles tone up, the mistakes to avoid, the best known variations and how much fat they burn

What is the Jumping Jack

Jumping Jacks are jumps that involve the whole body and are part of many bodyweight training systems. Probably everyone has done them at least once in their life, because they were used a lot by physical education teachers in the warm-up phase and are now back in vogue in cardio and functional circuits. It consists of two linked movements: it starts from the standing position, with feet together and arms along the body, and a jump is made with which the legs are spread apart and, at the same time, the arms are raised until the hands are above the head. The movement ends by returning with feet together and arms along the body with a second leap. This is a Jumping Jack, which must be repeated a certain number of times so that the muscles are activated and the heartbeat begins to rise.

We can speak of a total body workout because it involves the whole body, even if the pre-eminent work is done by the lower limbs. Calves, hamstrings, quadriceps, thigh adductors and buttocks are the muscles most involved, but the abdominals also have an important, albeit secondary, function, which stabilize posture, as well as the deltoids, back and intercostal muscles.

A curiosity about the origin of the name: Jumping Jack is a traditional toy that has belonged to the Anglo-Saxon world since the nineteenth century, a puppet usually made of wood whose joints are connected to a thread which, when pulled, causes the legs and arms rise, just like in the exercise of the same name.

All the benefits of Jumping Jacks

There are many muscles that can be toned through Jumping Jacks, calves, thighs, buttocks and abdominals in particular. Aerobic work is naturally useful for burning fat, especially in the abdominal region, as long as you choose a number of repetitions and a pace suitable for this purpose. It is no coincidence that these exercises are back in fashion in workouts such as crossfit or hiit and are perfect for warming up all the muscles of the body.

In addition to toning the muscles of the lower limbs, these hops are also very useful for training motor coordination between the upper and lower limbs, as well as excellent cardiovascular exercise, which increases breathing and heart rate and, consequently, endurance and breath. , contributing to heart health.

Since these are hops, the Jumping Jacks are also useful for increasing bone density and therefore helping to reduce the risk of osteoporosis. Last, but not least, depending on the intensity chosen, they are an excellent way to burn excess calories.

To get the maximum benefit from Jumping Jacks it is important to do them correctly. Here are the basic precautions. Pay attention to the spine, which must be kept erect, including the cervical vertebrae, so the gaze goes forward and not towards the ground.

With feet together and arms down, with the knees slightly bent and the shoulder blades close together, with a jump you spread your legs shoulder-width apart or a little more and raise your arms up, slightly bent. The hands touch at the top.

Without stopping, with another jump you return with your feet together and your arms along your body. It is essential to jump on the tips of the feet and not on the entire sole of the foot: the more you jump light, the more you involve the muscles and the less impact you will have on the joints.

As for breathing, when you raise your arms you inhale and when they come back down you exhale. This is the classic Jumping Jack, which can be performed in many variations to suit personal needs.

Although it is an exercise that can be adapted to different practitioners, as in any type of movement, even in the execution of Jumping Jacks, attention must be paid to the most frequent mistakes, which could lead to unpleasant surprises, instead of the desired objectives. Here are the most common:

Depending on the goal to be achieved, the muscles to be stimulated and the desired intensity, many types of Jumping Jacks have been created over the years, the main ones of which are mentioned.

Instead of spreading laterally, the legs and arms move in the frontal plane, that is, back and forth. When the right leg goes forward, the left arm goes up and vice versa.

Jumping Jacks are not performed on the spot, but as you jump you also move to the right and then go back to the starting point. Widely used in the heating of various sports.

Without jumping, you take a step to the right putting a little weight on the right foot and bending the knee a little, while raising the arms and then returning to the center with the arms down. And it is repeated on the left foot.

Not to be confused with low impact, these are high intensity. They are performed starting from a position with legs apart and more crouched, like a squat, and from there it spreads further in the hops. Great body control is needed, as well as a lot of strength.

How Many Jumping Jacks Do To Burn Fat?

The amount of calories consumed with Jumping Jacks depends on many variables, such as:

As a rough guide, a 70 kg person can burn 50 calories every 5 minutes, so assuming you can do one hour of classic Jumping Jacks, it would be 600 calories per hour. The repetitions never last that long, but it is certain that a lot of energy is consumed in a short time. The faster you run, the higher the amount of calories you burn. But pay attention to the heart rate, so it is always advisable to keep it monitored.

Jumping Jacks are usually incorporated into personalized training programs created by professional personal trainers, which take into account the practitioner's health and goals. So the references we will give here are general and should not be taken as indications for do-it-yourself workouts.

To give an idea of ​​the type of effort, however, if the goal is to burn fat, beginners can start with 2 sets of 30 seconds, interspersed with 20 seconds of rest. When this pace becomes sustainable, you can go up to 3 sets of 45 seconds for an intermediate level, up to 4 sets of 60 seconds. For a Hiit workout, in which high intensity efforts alternate with low intensity intervals, 6 sessions of 30-second Jumping Jacks, alternating with 6 one-minute sessions of active recovery. More intense variants, such as Low Jumping Jacks, increase calorie consumption by as much as 30%.

Maria Teolis
3581 posts
Previous Post
The Crown 4, Emma Corrin on Lady D: "Her bulimia had to be shown"
Next Post
Asia to mom: "I miss your kisses, since you haven't been there I tremble"
You must be logged in to post a comment.
Menu