Kate and William, as they celebrate the wedding anniversary 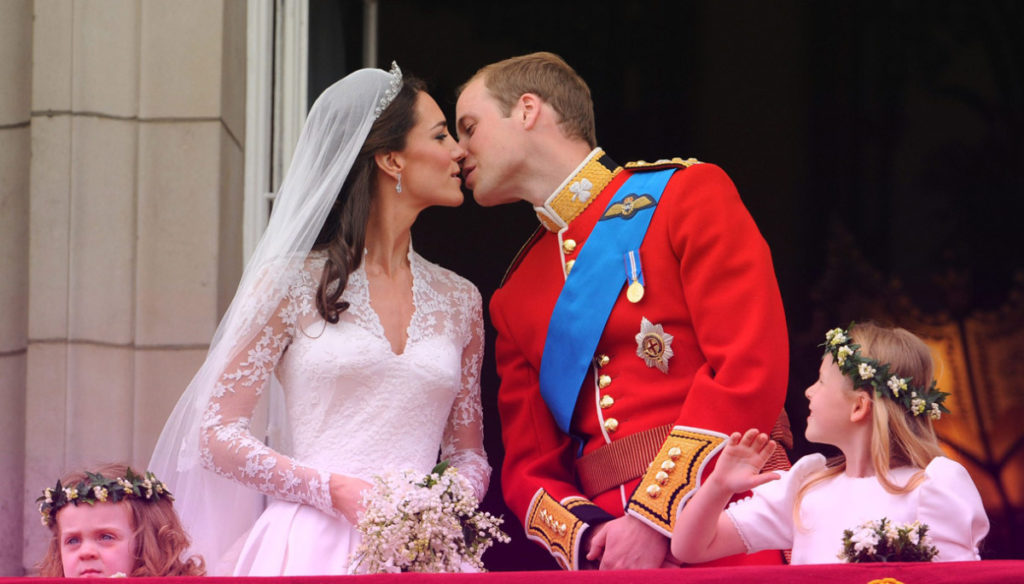 Eight years together: Kate Middleton and William are ready to celebrate their eighth wedding anniversary, remembering the most beloved Royal Wedding ever, celebrated on April 29, 2011.

Eight years have passed since two million people followed the live wedding of the year and got excited, admiring the splendid Catherine Middleton wrapped in her white Alexander McQueen dress, while smiling at her William, future heir to the throne. At the time, all eyes were on them: she, a commoner known at the University in Scotland, born to be Queen, he, Diana's eldest son, sensitive and strong, but above all very much in love.

Since then many things have changed, but not the love that the Dukes of Cambridge have for one another. The couple had three children: George, who will soon be six, Charlotte, who has three, and little Louis, who turned off his first candle a few days ago.

Waiting for the birth of Baby Sussex, the son of Meghan Markle and Harry who is waiting, gossip, confirmation and denial, all eyes are on Kate and William. How will they celebrate the wedding anniversary? In the past few years the couple has never given up celebrating this important date.

The first one celebrated him in a pub, on the occasion of a friend's wedding, the second with a romantic dinner. In 2014 George was with them and returned to London after a tour in Australia, while the following year there was a small pool party. In 2016 they sent a thank you card to the fans and in 2017 they decided to organize a family dinner, while last year Louis was just born.

This time what will the Cambridge do to celebrate the anniversary? William will probably be very tired, since he recently returned from a trip to New Zealand which also forced him to give up Louis's birthday. For this reason, Palazzo sources claim that Kate has already organized a small party with her three children and the Middleton. Meghan and Harry will most likely not be there, as they have already deserted their friend Idris Elba's wedding and are expecting the little Baby Sussex (who may already have been born).

Giovanna Pirri
5958 posts
Previous Post
Progesterone: what it is and what it is used for
Next Post
High blood pressure, the effects of the yarrow to lower it