Kate Middleton and Meghan Markle, the kiss silences the threats 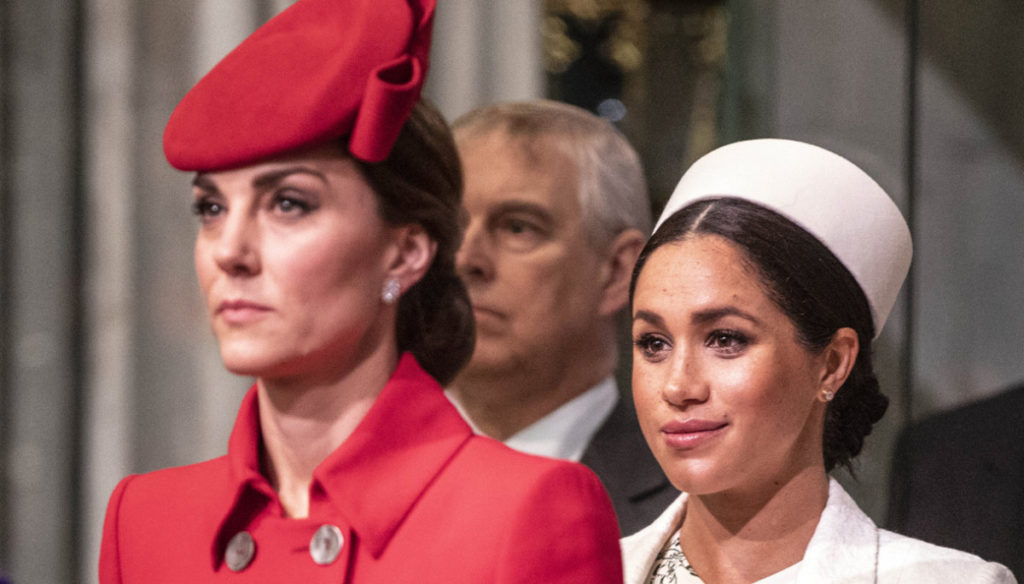 Kate Middleton and Meghan Markle for the first time show cordiality to each other during Commonwealth Day: a strategy to put an end to the social pillory and tensions 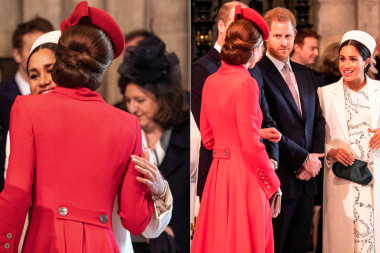 Kate Middleton and Meghan Markle: kiss and look at Westminster

Kate Middleton and Meghan Markle kiss and exchange jokes during the service in Westminster Abbey for Commonwealth Day.

The change in attitude has not gone unnoticed. Only a few days ago the two women had almost ignored each other during the reception at Buckingham Palace for Prince Charles.

The relaxing behavior of the Duchesses also seems to respond to the need to put an end to the gossip and gossips that feed the rumors about the tensions between the two women and their respective husbands, William and Harry.

Hostilities that have the double consequence of making life at the Palace impossible and exposing the two Duchesses to the pillory on the Net, with real threats.

As for the first question, it seems that the contrasts between Meghan and Kate have marred relations even between the two Princes who have thus decided to split their charitable activities. Lady Markle is increasingly despotic and unbearable, so much so that her umpteenth assistant has resigned. While Lady Middleton is increasingly stressed and has even cried a couple of times because of her sister-in-law. The four misunderstand each other's statements, especially on the question of being parents. Result? They cannot find an agreement and become impatient with one another.

Instead on the second point, the Court has already run for cover. Because of the alleged feud between Meghan and Kate, a real battle has been created on the Net between those in favor of one and those defending the other, leading to heavily insulting the enemy of turn with racist and sexist phrases. The Palace has therefore published a new regulation concerning the use of social media and is now looking for an IT technician, who will pay 22,000 pounds a year, to find, track and eliminate any suspicious action on the web.

Queen Elizabeth, who has recently tried to put down tensions by balancing the roles and attentions on the nieces she has acquired, will surely have approved the new soothing strategy of Kate and Meghan who have striven to create a positive climate between them, precisely to silence the wickedness that has poured over their people.

There is still a lot of work to do. It is true the Duchesses have kissed, they have spoken cordially, but one still perceives a certain distance and formality (and it is noticed from the way in which Meg hesitant embraces Kate) that, if they will be intelligent, they will know how to overcome.

Giovanna Pirri
5761 posts
Previous Post
"Kate Middleton is pregnant. The third royal baby will be born in September "
Next Post
Alzheimer's, the cholesterol in the brain has a key role