Kate Middleton and Meghan Markle with their children at the polo match. Archie's first release 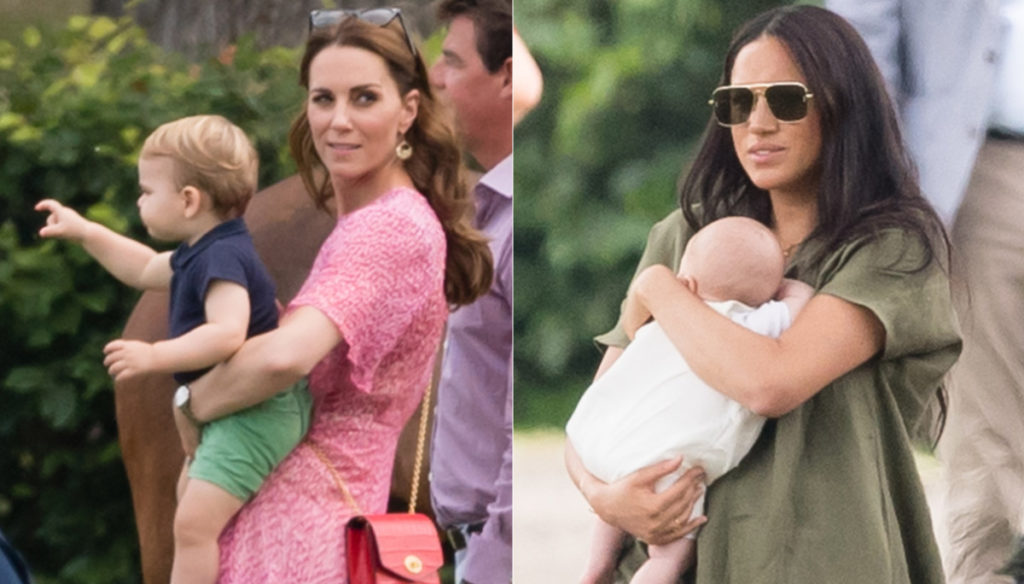 Kate and Meghan meet again at the annual polo match with their children: this is the first time that their cousins ​​are together in public. And I'm a hoot 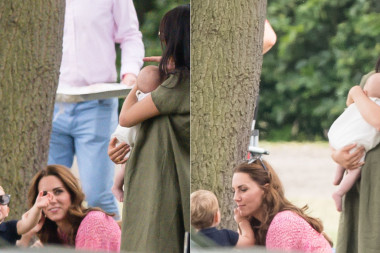 For the young Archie, the eldest son of Harry and Meg, it was the first public release at just two months. His baptism, on 6 July last, in fact took place privately. And always for the first time he found himself outdoors with his cousins ​​George, Charlotte and Louis.

The occasion is the annual polo match held at the Polo Club in Wokingham, Surrey, where William and Harry are almost always actively involved. Like this year they challenged each other playing for adverse teams. The cup went to the elder brother, for the record.

Kate showed off a cool pink dress, also worn by Letizia di Spagna, by L.K. Bennett (325 pounds) and his beloved rope shoes, signed Castaner, which he paired with a red Mulberry bag. Meghan instead wore a large olive green dress by Lisa Marie Fernandez (£ 545) that normally wears a belt at the waist, but Lady Markle prefers to keep it soft so as not to emphasize the shapes still rounded by pregnancy.

Little Archie is in his mother's arms. Wear a cool white body, without socks and hat. Meghan cuddles him and kisses him, protecting his fair skin with sunscreen. Kate, on the other hand, is struggling with her third son, Louis, who is just 15 months old and begins to explore the meadow. It is the first time that you participate in this event. Last year Lady Middleton preferred to leave it at home having to look after George and Charlotte who are now more independent.

The Duchesses meet in the shade of a big tree and Kate smiles at her grandson, but they don't interact much with each other, perhaps too busy with their children or perhaps because they don't have much to talk about because of the multiple misunderstandings that arose between them. While Louis grimaces and grimaces at his cousin.

The royal babies together are really fun and for a couple of hours the tensions disappear.