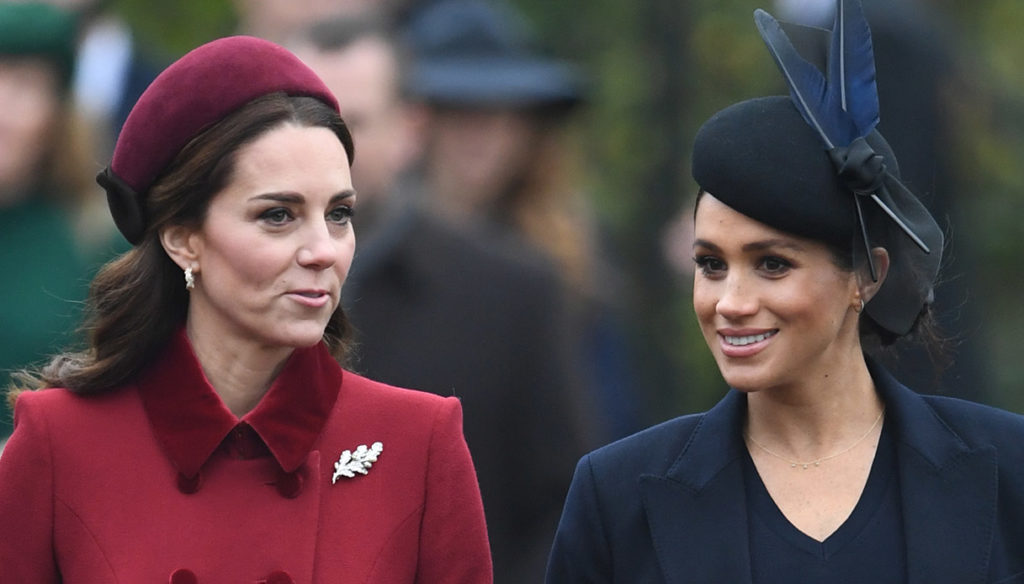 Over the years, the two duchesses have sported different looks for the Christmas holidays and have established themselves as icons of style; their outfits compared

Kate Middleton and Meghan Markle are two style icons, two different people who have been able to exploit their role and their influence on people to send important messages, also through their way of dressing, to bring the monarchy closer to ordinary people.

The two duchesses have always been compared, ever since Harry's now wife entered the family. A constant confrontation that may have also triggered some rivalry between the two sisters-in-law and which – according to some – could be at the basis of the subsequent breakup also between the two sons of Lady D.

The Christmas holidays, then, are one of the moments of the year in which the Royal Family is the center of attention and both Kate and Meghan have always had the spotlight, with photographers and magazines from all over the world ready to capture every little detail. of their outfits and their behavior.

Traditionally, the day of Christmas is the one in which the members of the Royal Family make their parade on foot to go to the mass on December 25 in the chapel near the Sandringham residence: a rite that was not held this year due to Covid and that in any case of the two duchesses he would only see Kate Middleton alongside William following the Queen.

Even last year Meghan and Harry were not present, due to their decision to isolate themselves for six weeks in Canada, a prelude to what would later be a final farewell to court commitments.

In the years in which we have been able to admire them, however, the Duchesses of Cambridge and Sussex have always sported impeccable looks. For Christmas day, Meghan and Kate always wore dresses with skirts below the knee and shaped coats, always in different colors. In 2017, the year of Meghan's family debut, while not yet married to Harry, the former actress sported a camel-colored robe coat with a brown headpiece and matching leather gloves, while Kate, then pregnant with Louis. he wore a tartan-style checked coat in shades of red and green and a black fur hat.

In 2018 William's wife was swaddled in a red coat with matching hat, while Harry's, expecting little Archie, wore a black outerwear open to show her baby bump and dress of the same color. To differentiate them on both occasions the shoes, décolleté for Kate, boots for Meghan.

Beyond the official catwalk, however, the two women often opt for more informal looks. Both have also accustomed us to decidedly more casual outfits in their photos, as can also be seen in the family postcards: the Duchess of Cambridge, alongside William and her three children George, Charlotte and Louis at Anmer Hall wore jeans and burgundy sweater; the Duchess of Sussex in the family portrait opted for jeans and a white shirt with cuffed sleeves above the elbow.
Both, on several occasions, have also given a lesson to all the women who follow them by re-proposing already worn clothes and demonstrating that recycling, in fashion, is now a practice that must be followed for a more sustainable world.