Kate Middleton changes her look. But the light blue cardigan is a mistake 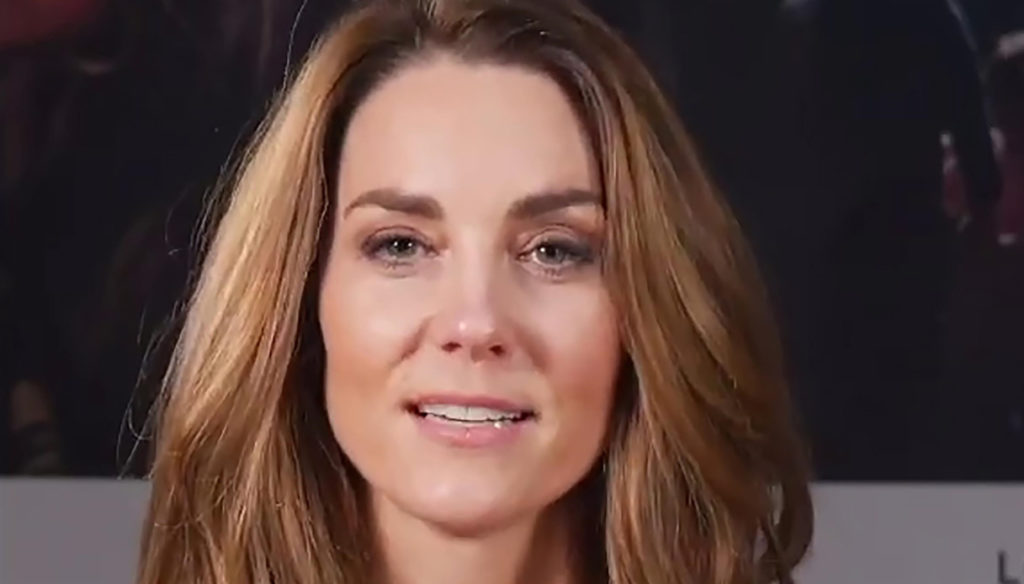 Kate Middleton resumed her virtual commitments, appearing a few hours apart in two video conferences. The Duchess of Cambridge sported a new hairstyle that enhances her thick hair but the choice of outfit is questionable, at least in one case.

As the Daily Mail notes, hairdressers in Great Britain are closed due to the second lockdown and Kate may have found herself forced to entrust her hair to some other professional on her staff who lives in Kensington Palace with her (as the top floor of his apartment houses the staff rooms), instead of his usual hair stylist. The result is still impeccable, as shown by the latest video links that see it as the protagonist.

After the virtual meeting with the families of the fallen soldiers, Kate appeared in two video messages to declare the collective photographic exhibition Hold Still concluded, a project that involved all the communities of the country to witness the period of health emergency that we are living. In both clips the Duchess of Cambridge showed up with long hair, left free on the shoulders, perhaps exaggerating a little bit with waves and curls and with a new color, lighter than usual, called "bronde", which is halfway between chestnut (brown in English) and blond (blonde), ideal for illuminating her face.

Lady Middleton is flawless, the Duchess has a particular care for her hair which she knows is one of her strengths. But if the new hair is flawless, Kate misses at least one of the two outfits this time. In the first link, William's wife chooses a more formal, very interesting look: red jacket with golden buttons and large puffed shoulder straps that combines with a white t-shirt, while at the neck she sports the necklace with pendants engraved with the children's initials .

In the second video, instead, she opts for a more homely outfit, perhaps because the connection is made from the living room of her apartment. It is a light blue cardigan in wool and cotton, with a rounded neckline, and lace decoration, which Kate wears fully buttoned, by the Boden brand (cost? 75 pounds, about 84 euros). An all too classic and bon ton garment, one could say almost vintage in the sense of outdated, which would look better on the 95-year-old Queen Elizabeth than the barely 40-year-old Duchess of Cambridge.

In short, the informal look does not pass the exams, appearing too dull and dull. Of course, the combination would make a difference, but in the video nothing appears but Kate's bust and the light blue sweater alone is not up to the style standards that the Duchess has accustomed us to. 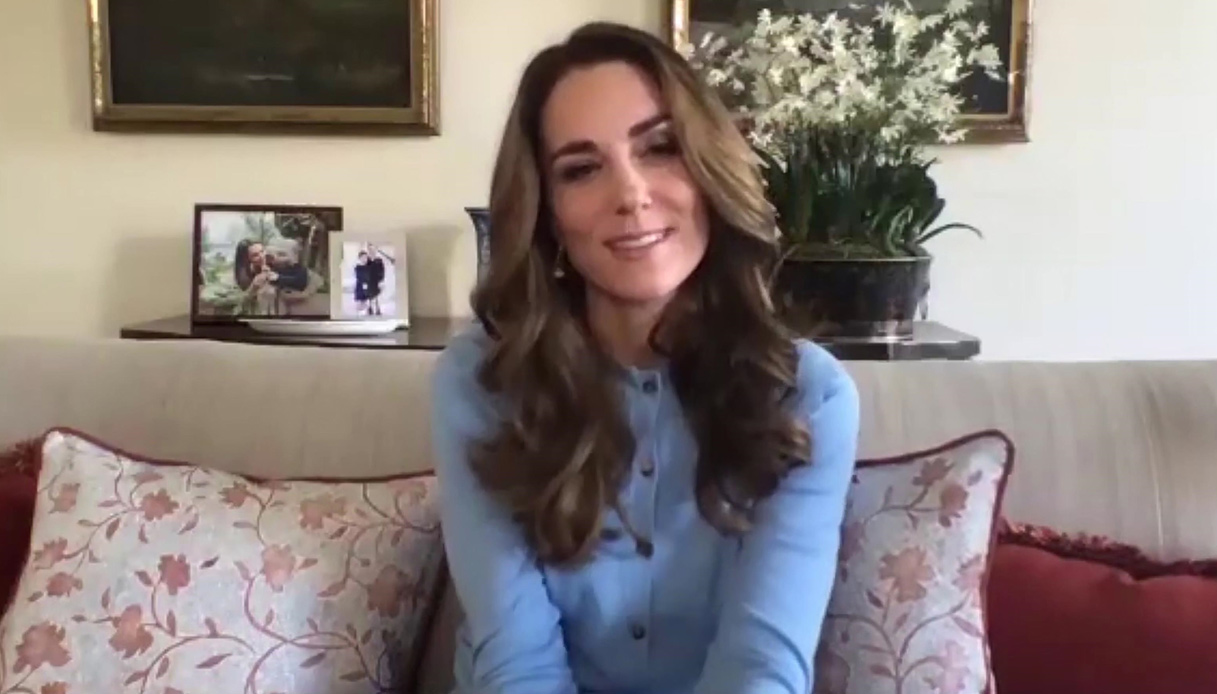