Kate Middleton debuts on the tractor: 1800 euro dress and tummy in sight 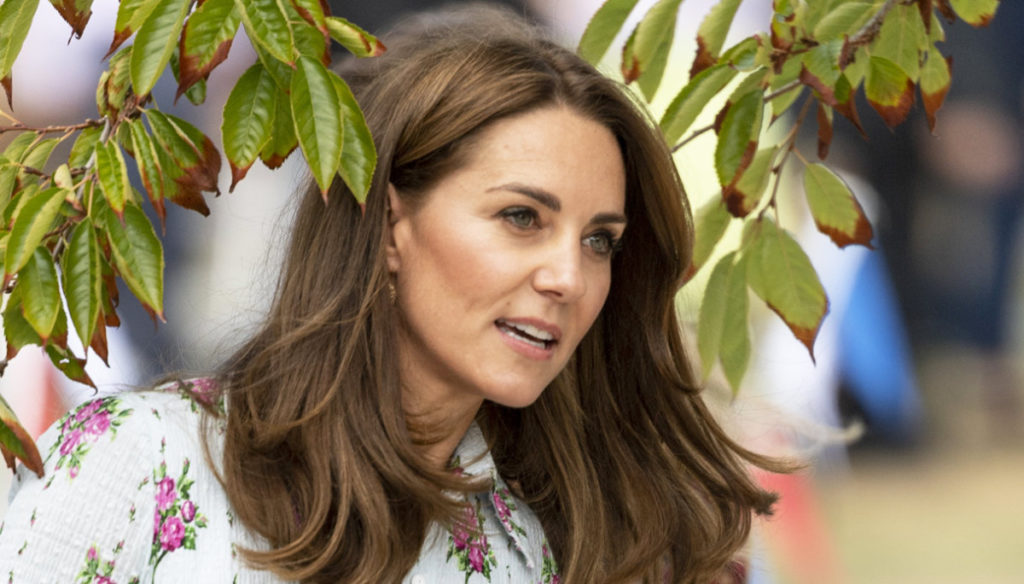 Kate Middleton radiant opens the children's garden. It sports an ultra chic look, but with rope shoes, and shows a suspicious tummy. Baby on the way? 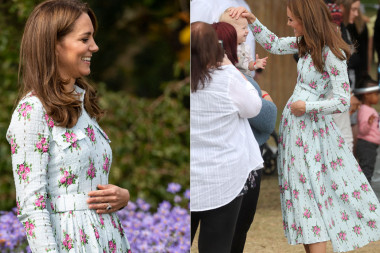 Kate Middleton returns to work. His first engagement after the summer break is the inauguration of a children's space inspired by his garden presented at the Chelsea Flower show.

Considering the bucolic atmosphere, the Duchess of Cambridge presented herself with a pale blue dress with fuchsia floral pattern, signed € 1,831 from Emelia Wickstead, which she combined with the usual rope wedge shoes. Almost a spite to the Queen Elizabeth who cannot stand her, even if by now she will be resigned to accept this little transgression of the niece acquired at the Court dress code.

Kate is radiant, she loves life in the open air and above all she loves children. When he is in their company he is perfectly at ease. Not surprisingly, the garden he designed is entirely dedicated to them. Thus, Lady Middleton entertains herself with the present. Pamper a child who, in his mother's arms, reaches out to her and jokes with other little guests.

Then the Duchess climbs up the tractor for a ride in the middle of the meadow: she laughs, greets, seems to have fun a world.

But while talking with the inauguration guests, the gown tied at the waist with a belt shows a tummy that we could define as suspect. Hardly Kate is pregnant for the fourth time, but it is impossible not to notice the strange position of the back and that slightly rounded belly that contrasts with the extreme, if not worrying, thinness of the Duchess. According to rumors, his line is the result of a strict diet. But what if it was caused by those strong nausea that struck her in the first few months of all three pregnancies?

To increase the doubts, there is also another typical gesture that William's wife usually makes when she is pregnant: she strokes her belly in a protective way. Suspicions may be clarified when the Duchess officially inaugurates her garden at RHS Wisley in Surrey.