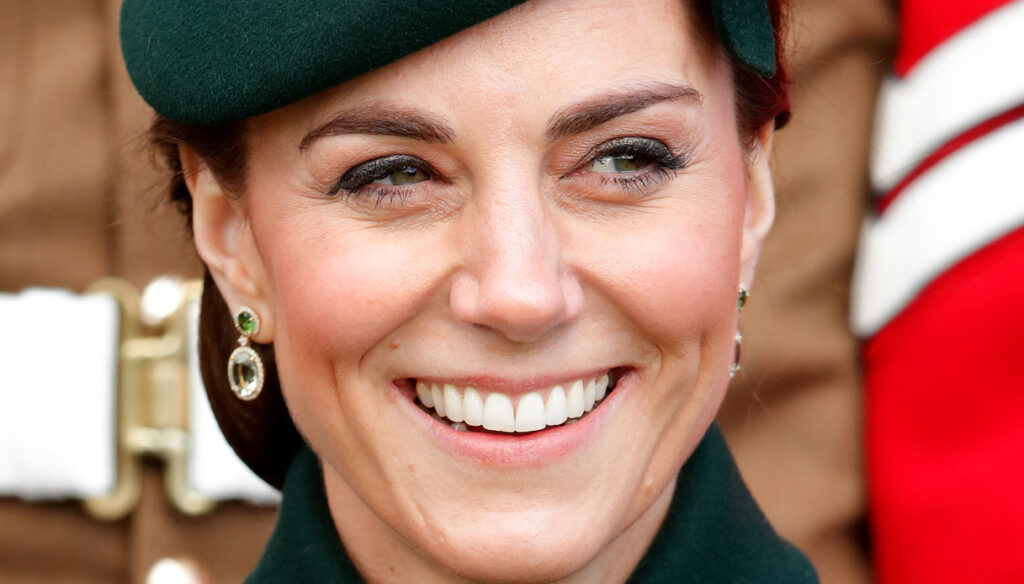 For St. Patrick's Day, Kate Middleton is back in public and sports a light green jacket that is amazing and costs "only" 70 euros

Kate Middleton is back on video and finally finds her smile after the accusations made against her and the Royal Family by Meghan Markle and Harry. The occasion of his public appearance is special: it is a question of celebrating, as every March 17, Saint Patrick, patron saint of Ireland. And as tradition dictates, the Duchess of Cambridge shows up with a green look.

After visiting a London school where she showed up in a lovely pink coat, Kate Middleton and William attend another joint, but virtual, event to celebrate St. Patrick. Usually, on this day the Dukes participated in the military parade of the Irish Guard, an event in which Lady Middleton wore a strictly green coat and hats.

Even if celebrations in grand style cannot be organized, Kate wanted to keep the tradition and for the appointment on March 17th she opted for a more informal outfit but in line with the Irish party. In fact, the Duchess showed herself in video with a short blazer, by Zara, from 70 euros, obviously green, but of a lighter shade than the forest color. A fabulous, short, double-breasted jacket with gold buttons, easily wearable and above all with a non-exclusive price.

Perfectly coordinated with her, her husband William wears a dark green sweater and has launched a Gaelic salute. The Dukes appeared calmer than their last public outing, even if the disagreements with Harry and Meghan Markle are far from over in consideration of the latest rumors about a phone call between the two brothers that was described as unproductive.

In any case, Kate and William also took a little revenge on the Sussexes. In fact, they recorded the message for St. Patrick together with, among others, Joe Biden who, as is known, is linked by friendship especially to Harry, already at the time when he was Obama's deputy. A valuable relationship for Meghan as she appears to want to run for the presidency of the United States in 2024.

Giovanna Pirri
4840 posts
Previous Post
Makari triumphs at his debut and Suleima unleashes jealousy
Next Post
Covid-19 vaccines: what they are, how they work and the point about safety