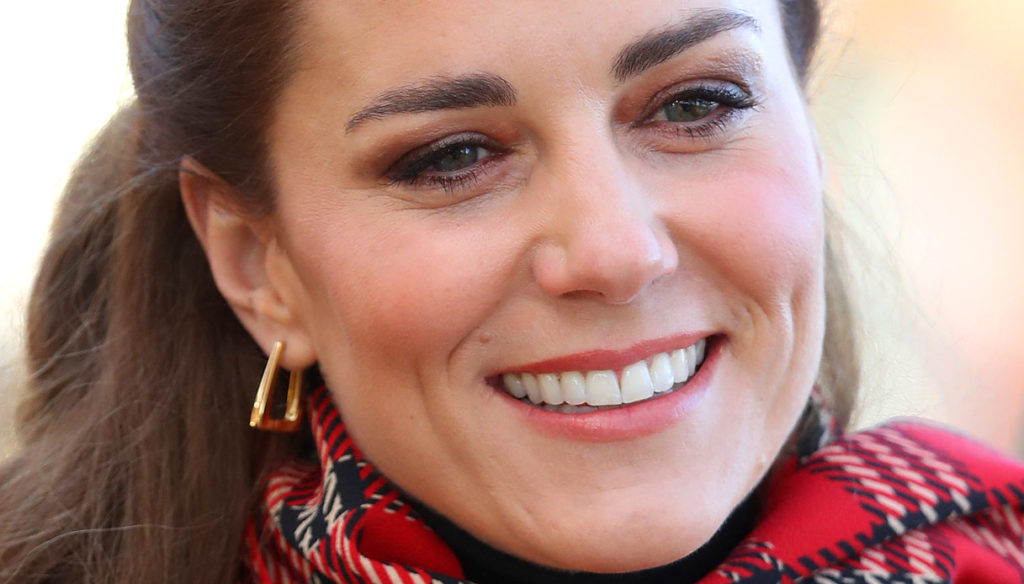 Kate Middleton recycles the coats on the train tour. And with the red look it enchants everyone respecting the Christmas tradition 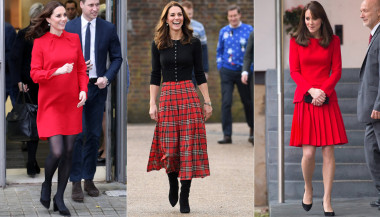 Kate Middleton shone on the three day mini tour on the Royal Train. And above all, she did not give up the Christmas tradition of wearing something red, as on the other hand Queen Elizabeth did.

In the short trip with her husband William, joined by the Sovereign, Carlo, Camilla, the Countess of Wessex and Edoardo in a sort of family Christmas haunt, Kate showed off some of her most beautiful coats, including a splendid overcoat red, signed Alexander McQueen.

It is a double-breasted coat with black buttons, fitted at the waist and long to the ankles, a length that does not particularly suit the Duchess of Cambridge, even if, compared to last October when she wore it for the first time, Lady Middleton has found the right accessories.

In fact, two months ago, Kate showed up at the launch of her Hold Still competition with this maxi red coat, from around 3,316 euros, combining it with a white t-shirt and her favorite pumps, signed Gianvito Rossi. The volumes, however, were not proportionate. While now she has preferred to wear it with a black turtleneck and a red tartan scarf that fill the neckline and the splendid maxi skirt by Emilia Wickstead, worn in December 2018. A pair of stiletto heel boots by Ralph Lauren appeared on her feet, which helps to slim the figure. And here is the perfect Christmas look, completely recycled and red, according to the tradition that Lady Middleton adheres to every year.

It should be noted that the only accessory in common between the October look and this is the black bag, with a rigid handle by Grace Han, which this time Kate keeps with her hands protected from the cold thanks to a pair of leather gloves.

The Duchess of Cambridge therefore gave her outfit an anticipation of Christmas that this year will be very special for the Royal Family as well. In fact, having to give up the traditional lunch offered by the Queen in Sandringham, William and Kate found themselves blown away, as they confessed during a train tour. The Prince, speaking to a group of students in Cardiff, said: “It is so difficult. We are still trying to make plans. It is difficult to choose for the best ".

While it is known that the Queen and Prince Philip will spend Christmas alone at Windsor Castle and Charles and Camilla will move to Highgrove House in Gloucestershire, it is not yet clear what Kate and William will do with their three children. They will likely go to their Norfolk country home where they may be with Carole and Michael Middleton, the Duchess's parents.

Meanwhile, the Royal Family with this tour wanted to be close to their subjects for the Christmas holidays. And Kate has outdone herself in terms of look, as the stylist Rochelle White also pointed out: "With her style choices, Kate has avoided overshadowing the purpose of the trip, that is, to thank for the work done against Covid".

The Duchess of Cambridge in fact showed off a series of colorful coats, all rigorously recycled, which are must-haves in her wardrobe. In addition to the red one by Alexander McQueen, Kate wore the green coat to which she added a fur collar, by Catherine Walker, shown for the first time in Ireland in March 2020. Cost? 3,329 euros approximately, Hobbs' dark blue coat (387 euros), already seen earlier this year, Catherine Walker's ice blue coat with a high collar, which she wore for the first time during the trip to Norway in 2018 and Alexander McQueen's military green coat that appeared on the scene in 2016 (SEE PHOTOS)