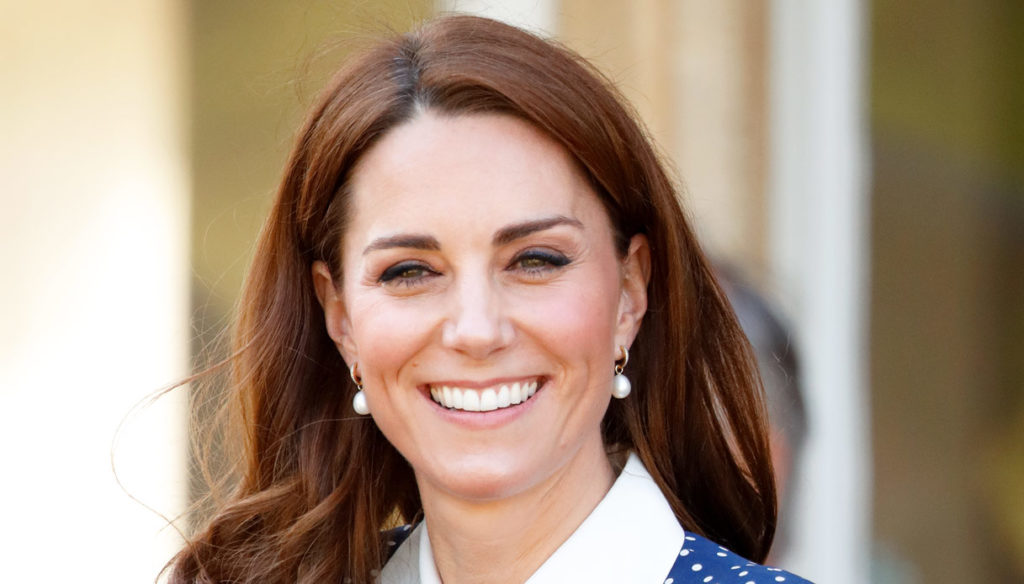 Kate Middleton goes on TV with William: she shows off a splendid trouser suit and makes even Meghan Markle pale

Kate Middleton as Meghan Markle goes on tv. At his side is William and the occasion is the presentation of the Pride of Britain award which this year was awarded to doctors on the front line against coronavirus.

For television, Kate Middleton even falls short of the court dress code which strongly suggests to the women of the Royal Family not to wear trouser suits, considered too masculine. Queen Elizabeth hates them. But this time the Duchess of Cambridge has decided to break the protocol and she's not wrong.

Kate wears a stunning two-piece with asymmetrical jacket and baggy trousers by Smythe, in the style of the 70s, which she combines with a silk shirt, electric blue and red polka dots, with short puffed sleeves, by Lisou (yours for 250 pounds). Lady Middleton is truly ultra chic and modern, she seems to have followed the example of Letizia of Spain who made the trouser suit an iconic look.

Well Kate on TV, thanks to the perfect look, performs much better than Meghan Markle, despite the latter having more experience than her on the small screen. It may be that Harry's wife has opted for a low profile and more to the hand compared to her British months, but often in the various video and television links she has appeared subdued, at least from the point of view of the outfits.

Lady Middleton therefore brilliantly passes the camera test, also thanks to the support of the well-known English presenter Kate Garraway. The event was recorded at St Bartholomew's Hospital in London, the oldest British hospital that posted photos of the awards on its Twitter profile. The award ceremony was recorded and will be broadcast on November 1st on ITV.

Host Kate Garraway revealed how friendly the Dukes of Cambridge have been to her, dedicating a lot of their time to her. Among other things, the presenter of Good Morning Britain was personally affected by the epidemic. Her husband is in fact hospitalized after contracting Covid.

William and Kate genuinely cared for her and virtually hugged her to make her feel all their closeness in such a difficult moment.