Kate Middleton, the 2020 Christmas card: Louis steals the show from everyone 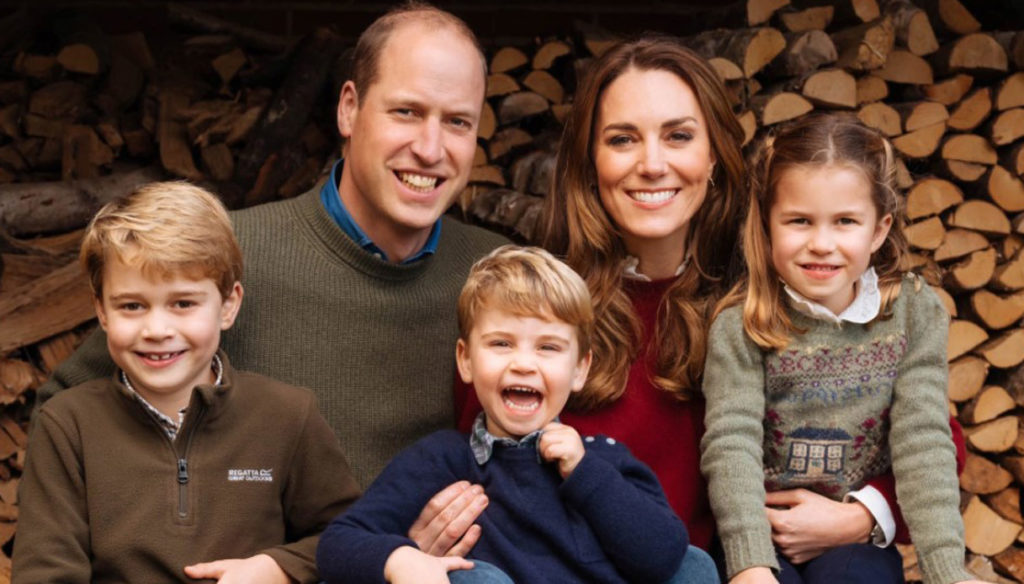 Finally Kate Middleton and William officially shared their 2020 Christmas card after a fan published it in advance on social media, thus ruining the surprise effect. However, the photo for Christmas 2020 is very tender and has an undisputed protagonist, Prince Louis, the youngest of the children of the Dukes of Cambridge, who steals the show from everyone and becomes the true superstar of the family.

It's hard for George, 7, who first had to "fight" with his sister Charlotte and her ways as a perfect little princess who perfectly imitated her great-grandmother, Queen Elizabeth, and now has to deal with her little brother Louis (2 years), to other more and more like him, who is proving to have a nice lively temper. And so in the Christmas photo the future King of England is no longer the center of attention and to tell the truth not even in the shot.

The image, shared on William and Kate's Twitter profile (envied by all for its coats), was taken by photographer Matt Porteous in the couple's country home in Anmer Hall in Norfolk. In the photo the Dukes of Cambridge pose with their three children in front of a pile of wooden logs that gives a sense of family warmth. All five are wearing jeans and warm wool sweaters, in perfect Christmas spirit. The most beautiful of all is that of Charlotte with a house and a series of winter decorations designed by Ralph Laurent. Boys have simpler, darker-toned sweaters. Kate's is burgundy, William's is blue, in tune with her children.

In William and Kate they are seated in the center. Standing between them is Louis, supported with one hand by his mother. The Principino is hilarious and gives a giant smile showing off all his teeth. Charlotte is sitting on Kate's lap and is really tender, while George is standing next to dad William.

The message accompanying the photo on Twitter reads: "The Duke and Duchess are delighted to share a new image of their family, which appears on their Christmas card this year".

According to body language expert Judi James, Kate is the real backbone of the family. And the arm around the daughter's waist suggests a gesture of inclusion and protection. While George's smile indicates his shyness and special bond with his father William.

The Christmas card for 2020 is certainly more atmospheric than last year, when an image taken in summer was used.

Carlo and Camilla also shared their Christmas card, they too chose an informal style and a casual look.

The Christmas postcards of the English Royal Family are added to those of Letizia and Felipe of Spain, of Sofia and Carlo Filippo of Sweden and of Rania of Jordan. Harry and Meghan Markle's are expected, if they will. 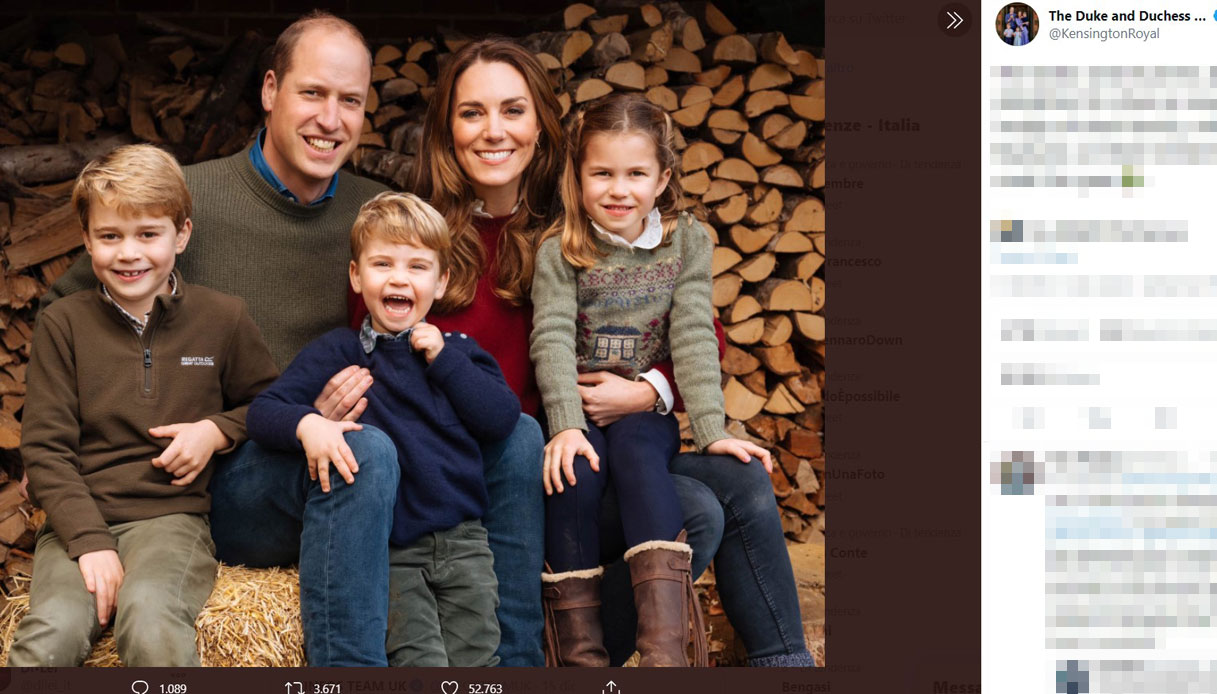 Giovanna Pirri
4499 posts
Previous Post
Guenda Goria defends Maria Teresa Ruta: "Without words for how they treat her"
Next Post
Who is Naomi Ackie, the actress chosen to play Whitney Houston