Kate Middleton, the secret meaning of the € 1,350 blue dress

Kate Middleton, William and her three children, George, Charlotte and Louis, met Sir David Attenborough in the gardens of Kensington Palace and for the occasion everyone wore something blue, starting with the Duchess of Cambridge in the denim dress from 1,350 euros.

In fact, Kate showed up for the appointment with a wide denim dress, signed Gabriela Hearst, one of Meghan Markle's favorite brands who, moreover, loves total denim looks and wore one recently in Los Angeles to plant flowers and lilies of the valley with a group of little students. Now, as has been noted, not only Lady Middleton but each member of her family and David Attenborough wore at least one blue colored garment, each with a different shade. The chromatic choice is not casual and the motivation does not depend only on the rendering of the chromatic nuance in the photo. But let's proceed in order.

The Dukes of Cambridge and children met with Sir David Attenborough to watch together the new documentary on the environment, shot by the famous director, A Life On Our Planet, in the palace grounds. Sir David wore a blue linen jacket, Princess Charlotte of the blue dancers and a slate blue dress by Zara that cost about 32 euros, already worn by the little girl last May, George and Louis instead wore long and short pants, obviously blue. like socks and shoes. Same clothing for dad William who broke the monotony of color with a grisaille jacket.

George was the luckiest of the three Royal Babies because he received a giant shark's tooth as a gift from the famous director who kept looking happy and amazed. A special gift that Attenborough wanted to give to his special fan and future King of England.

Therefore, Kate's guest and family were perfectly coordinated with her clothing, as informal as it was ultra chic. Gabriela Hearst's dress, made of 100% cotton, was made in Italy and the Duchess combined it with classic pumps, signed Rupert Sanderson, obviously navy blue, for around 524 euros.

As we have said, the choice of blue as the dominant color of the event is not accidental, indeed it hides a secret meaning. Not only is it a royal color, but it symbolizes space and the environment, it is the color of the sea and the sky, it is a color of great depth that instills calm and extinguishes passions, it is associated with the truth and the creative power of God, therefore to nature. And at the same time it refers precisely to the power of the King. 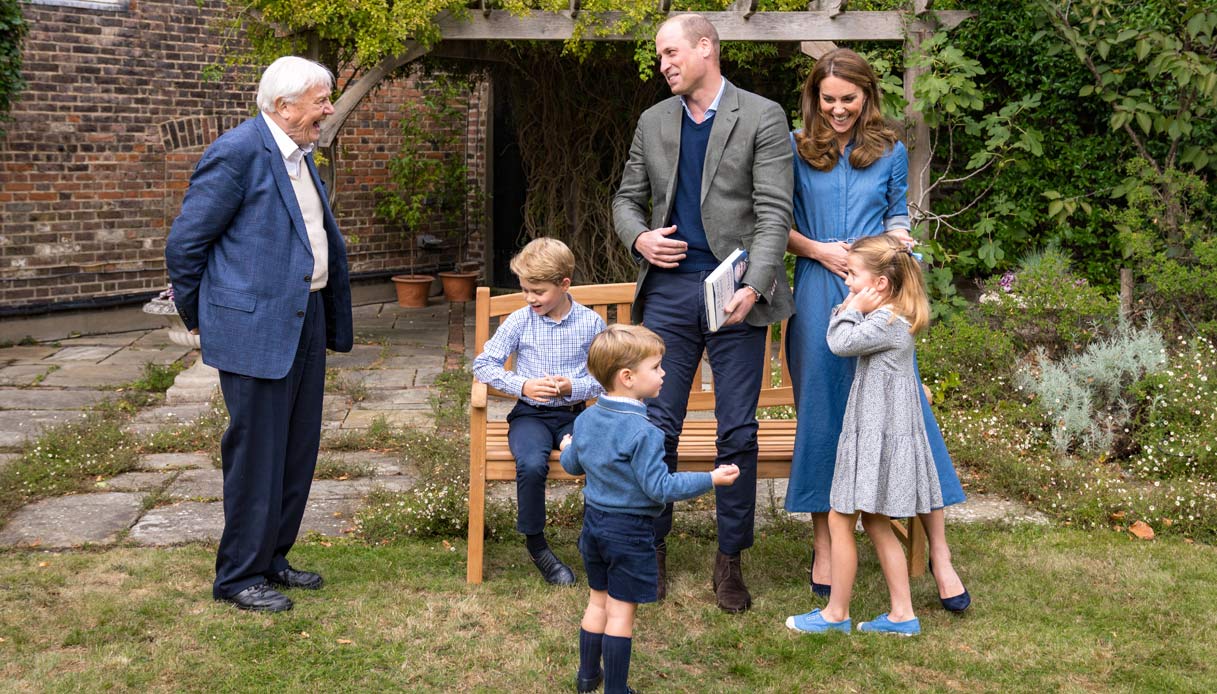