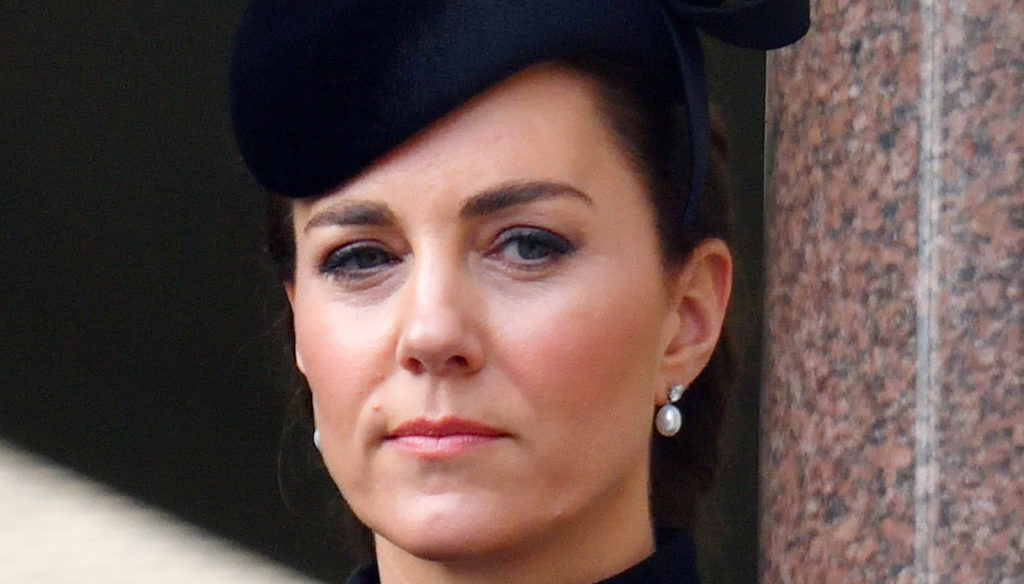 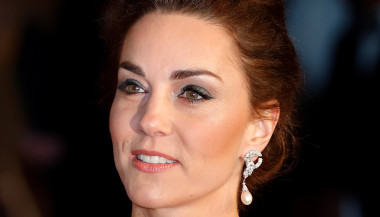 Kate Middleton, ever closer to Queen Elizabeth, ever closer to the throne. The Duchess of Cambridge wanted to emphasize her close bond with the Crown by wearing special earrings during Remembrance Day.

As is well known, Kate's looks are never chosen simply on the basis of her style or the circumstances that dictate a certain dress code. Through her outfits, Lady Middleton often sends precise messages, so much so that every detail is carefully studied.

Thus, every year during the ceremony commemorating the soldiers who fell in the war, the Duchess appears in black as a sign of mourning, like the Queen and all the women of the Court, but in addition she always wears coats that recall military uniforms ( also copied by Meghan Markle), just to pay homage to the Armed Forces. This year she chose a Catherine Walker overcoat, one of her favorite brands, with officer fringed shoulder pads. To complete the outfit, there is a refined hat and a collected hairstyle, structured to give a touch of femininity.

But one detail of Kate's outfit attracted particular attention. William's wife in fact wore a pair of diamond and pearl earrings that belong to Her Majesty. A clear tribute therefore to Elizabeth who arrives at a time of difficulty for the country and for the Monarchy.

Also in consideration of the leaked indiscretions about William, hit by Covid last April. News not made public to avoid further upsetting the population and, as royal commentators claim, to prevent the spread of concern that Harry could ascend to the throne with the first two direct heirs put offside by the virus.

Therefore, Kate Middleton wanted to reiterate to the Sovereign and to the subjects that she and William are there, they are strong and ready to take on their responsibilities if necessary. Wearing those earrings was enough for the Duchess of Cambridge to get her message across.

In fact, those pendants are very special. Both Kate and Elisabetta wore them on very special occasions. The last time Lady Middleton wore them was in 2018, when she left Lindo Wing after giving birth to Louis, her third son. In 2016, however, she chose them for her first tour abroad alone, without William, in the Netherlands. And they were placed at the center of attention when Kate paused to admire Veermer's painting, The Girl with a Pearl Earring, at the Mauritshuis in The Hague.

Elizabeth wore them in 2012 during the Diamond Jubilee celebrations, which marked the 60th anniversary of her reign.

These are therefore special earrings, which have become an object of representation and a symbol of monarchical power that worn by Kate Middleton indicate the continuity between Queen Elizabeth and her and her children. As if to say that the Kingdom has a long life and is solid in future generations.