Kate Middleton, the seventies suit is a fairy tale and beats the maxi coat 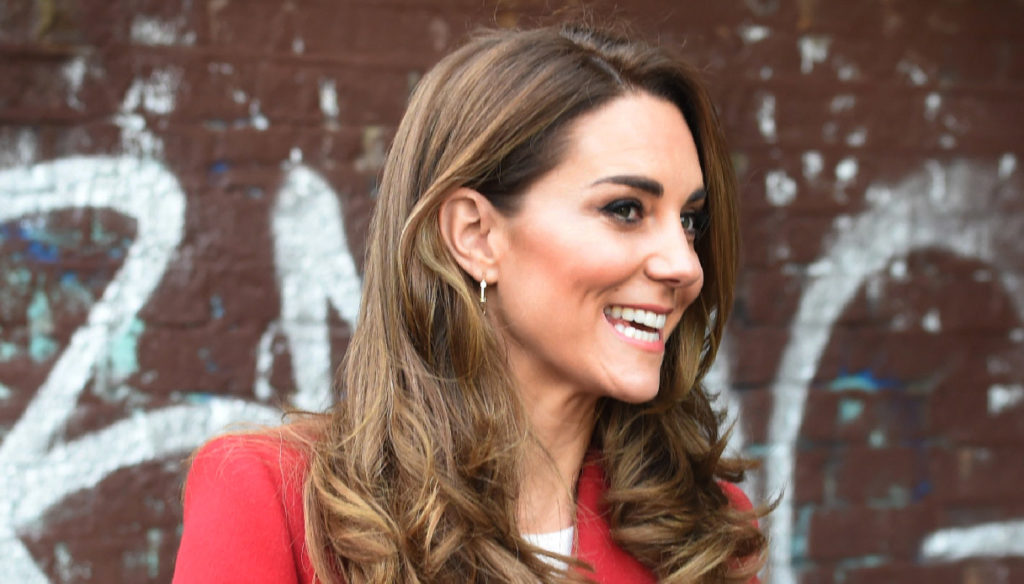 Kate Middleton redeems herself with the trouser suit after slipping on the red maxi coat, definitely too large for her 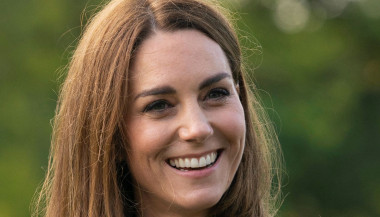 Kate Middleton has a busy schedule right now. And for the second time in a few days, here she is shooting a video. This time he is alongside the journalist, Kate Garraway, and the occasion is the Pride of Britain Awards in London.

Abandoning the red maxi coat, signed Alexander McQueen, Kate chooses for the shoot a sophisticated trouser suit, blue, which seems a reinterpretation of the Seventies style. Lady Middleton is a charm and adapts to the trend of male-cut suits that is so fashionable lately among the crowned heads, Letizia di Spagna docet. Kate herself had worn a magnificent suit, jacket and trousers, for the video shot at the Natural History Museum.

This time, Kate is sporting an asymmetrical cut jacket with gold buttons, by Smythe, which she combines with coordinated wide-leg trousers. Underneath he wears a blue, silk shirt. For some time, William's wife has lightened her hair, choosing a shade similar to that of wheat in the sun. As always, her hair is flawless, fluffy and with sculpted curls. Garraway herself was fascinated by it and confessed that she couldn't resist asking her the secret of her flawless hairstyle.

The Duchess of Cambridge is definitely in great shape. And the trouser suit is a formidable choice, certainly more apt than the red coat, too big and long for Kate's slender body, to the point of creating an almost clumsy effect. Although underneath the overcoat, Will's wife unveiled a stunning pleated black skirt. But the real precious accessory of that look is the handbag, by Grace Han. Cost? 1,595 pounds.

On the contrary, the outfit chosen for the Pride of Britain Awards enhances the figure of Lady Middleton, also giving her a touch of modernity, despite the retro taste of the look.

Kate, accompanied by William, also in a blue dress, went to St. Bartholomew's Hospital to speak with the medical staff and in particular with Joyce Duah, a specialist in onocological pharmacy. Outside the facility, the couple met Kate Garraway, presenter of Good Morning Britain, who apparently interviewed the Dukes last month for the Pride of Britain Awards. Kate is the first time she is involved in the awards ceremony, while William attended the ceremony in 2017.