Kendall Jenner, photoshopped to look like Barbie. It is controversy 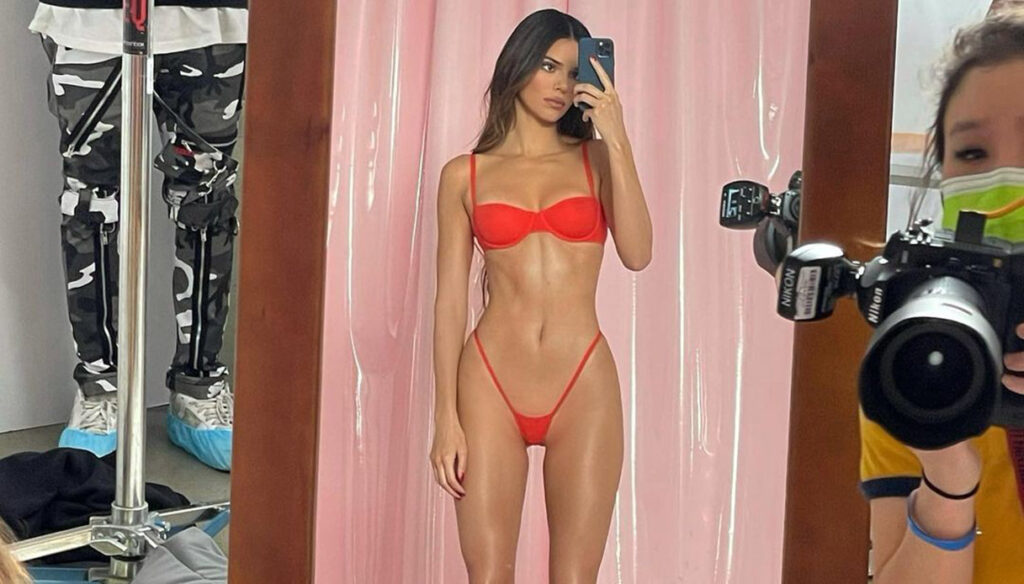 In times of apology for natural beauty, there are those who, like top Kendall Jenner, get photoshopped to pursue false and unattainable ideals

In times of bodypositive and apologia for naturally imperfect beauty, there are those who, like the beautiful top Kendall Jenner, half-sister of the Kardashians, ambassadors for years of a concept of curvy beauty, get photoshopped to enhance their thinness even more and resemble the famous Barbie, a prototype of fake and unattainable beauty. A follower publishes a controversial post and the arena ignites.

But let's go in order: Kendall, a wonderful 26-year-old model, black hair, doe eyes and slender and slender physique, the only one of the enlarged Kardashian-Jenner family to embody a type of slender beauty and more similar to the waif ideal so much in vogue in the past decades, he has posted on his account some shots and a video made for an advertising campaign for SKIMS, on the occasion of Valentine's Day. Gorgeous, statuesque, wrapped only in a red bra and micro thong, Kendall has inevitably tumbled her Instagram page.

Immediate comments from followers halfway between ecstatic and doubtful: was it possible that her physique appeared not only so thin but also smooth, almost plasticized, so much so as to incredibly and dangerously resemble the famous Barbie?

One follower in particular, from his Instagram page, @problematicfame, exposed his considerations by titling "THE KENDALL JENNER CONTROVERSY", not only suggesting that Kendall's arms and legs were bent in an impossible way, so much so as to suggest that he had photoshopped the her image, but also that her skin was incredibly and unnaturally smooth and fake. Nothing so serious or transcendental, it would be said, were it not for this thing to chase unreal objectives and artifacts, in a moment in which one is very careful to appear as natural and imperfect as possible could be misleading and trigger emulative mechanisms dangerous in adolescents. If Kendall wants to be like Barbie, Barbie has to be the prototype of perfect beauty. Ten steps back from what has been done and achieved so far.

“Let's remember that all types of bodies are beautiful and should be appreciated. And it is important to remember that images on the Internet and on social media are almost always filtered and modified ”writes @problematicfame. Continuing with: "Kendall is obviously beautiful, but these are not her real body proportions nor can they be those of anyone else. You should never be confronted with heavily modified images. Kendall doesn't look like this in real life either. "

You have to be very careful if your name is Kendall Jenner and you are followed by 150 million followers around the world. Suffice it to say that last week Kendall was forced to reassure a fan of hers by saying that she too was not always at the top and lived "days yes and no days" with her appearance, like a (or rather, a) any mortal, after that one user had suggested that "physically resembling her would solve all her problems in life."

Kendall herself wrote from her Instagram page: “I know I'm an extremely lucky girl and I appreciate everything I have. But I want you to know that I also have bad days and each is beautiful as it is! Nobody is as perfect as they might seem ”. And if she says so … 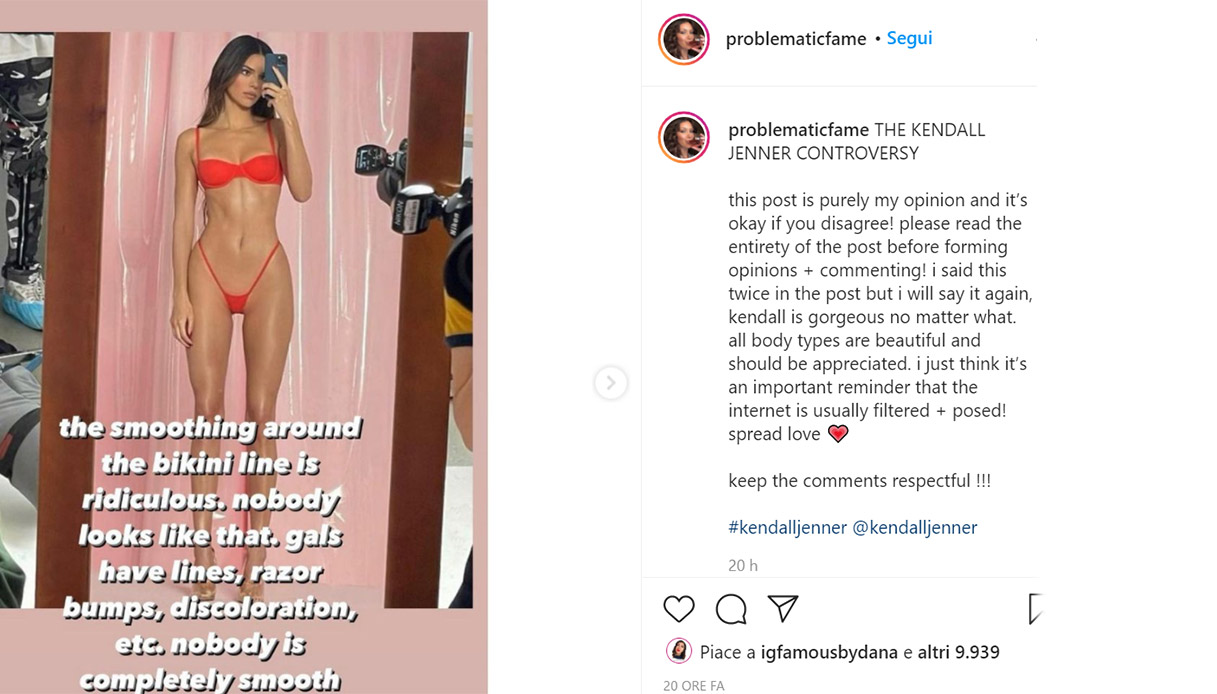