Keratoconus, how to recognize and face it 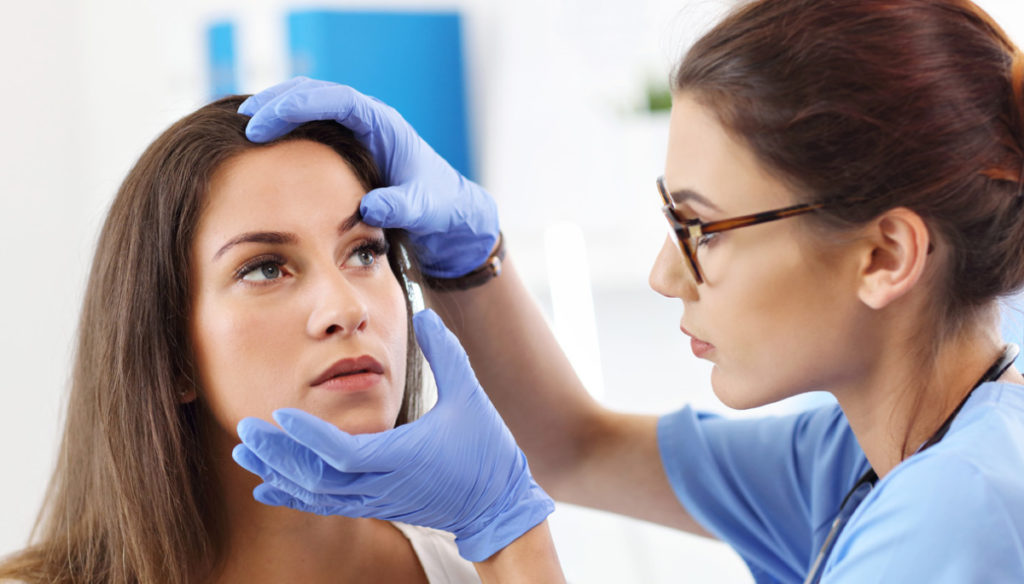 Keratoconus is a progressive pathology of the cornea that proves a reduction in visual ability. Who is most at risk

Keratoconus appears mainly in women. And it can start from when you are young. It is a progressive pathology of the cornea that causes thinning and deformation of the same even at a young age, causing a reduction in vision that can also be serious.

It can begin from a young age and if not diagnosed early it is a disease that is difficult to treat if not with surgery. Early diagnosis allows the initial cases to be subjected to the stabilizing treatment called "cross linking", which in many cases allows to stop the worsening avoiding resorting to more invasive corneal surgery, such as corneal transplantation.

The lesion leads to a non-inflammatory cone deformation, with progressive thinning and loss of transparency of the cornea, which leads to an irregular astigmatism. The majority of estimates report a prevalence of 50-200 cases per 100,000 and an incidence (number of new cases per year) of 2 cases per 100,000 inhabitants.

In the initial stages, the disease can be compensated with glasses or contact lenses, while in the advanced form, the only solution is surgery. A limited percentage of patients may need transplantation. The disease favors the female sex, often affects both eyes, especially during the second decade of life.

It has been shown that pregnancy and menopause can cause disease progression. The appearance of a visual disturbance attributable to an astigmatism in patients who were not previously astigmatic, must push the ophthalmologist to perform diagnostic investigations to exclude the presence of a keratoconus, especially if it is a young person.

The diagnosis and the role of the cornea in vision

In recent months, a disease prevention campaign was conducted, which mainly concerned young people between the ages of 15 and 35 who had never been diagnosed. "The results – explains Lucio Buratto, head of the Ambrosian Ophthalmic Center that organized the initiative, say that, although obviously we cannot speak of statistically significant data, in about one case out of ten we have come to suspect a keratoconus, which l '82 percent does not show any changes attributable to keratoconus ".

The eyeball is a layered and very complex structure. On the outermost part there is the sclera, which appears white (except for the iris) and is almost rigid. It is this membrane, in turn covered by a thin protective membrane, the conjunctiva, that gives the eye its typical oval shape.

Further back the cornea, a kind of "transparent window" that covers the iris and lets the incoming light filter. Behind the cornea is the crystalline lens, a particular lens that adapts to the incoming light, allowing objects to focus. The second layer of the eye is represented by the choroid, within which the blood vessels are located. In addition to functioning as a "reservoir" of blood for the eye, the choroid prevents light from being reflected in the eyeball, thus distorting visual sensations. The most important membrane for vision is found in depth.