Khaby Lame is a real TikTok star. And after having conquered the users of the web, it ended up in the crosshairs of 'Le Iene'

Khaby Lame is very young, but has already enjoyed great success on social networks. His bored face and his hilarious reactions to the content of other creators are now known to almost all users who frequent TikTok and have managed to attract attention, so much so that even Le Iene have decided to involve him in one of their jokes.

Khaby Lame as a child

Khaby Lame was born in 2000 in Senegal. When he was only one year old he moved with his parents to Italy. He did not aspire to become famous and, on the contrary, he started working very early. Before becoming famous he was a worker. After being fired, he started producing content on TikTok, managing to win the sympathy of users and famous people.

Today he managed to surpass, in terms of followers, stars such as Chiara Ferragni and Fedez, with over 50 million followers on TikTok and almost 15 million on Instagram, also expanding the formats for his videos and engaging in interesting social experiments. Acting is his dream: when he grows up he wants to become an established actor.

The love stories of Khaby Lame

Thanks to social media, Khaby also met his girlfriend Zaira Nucci. The two live in the same city and she, after meeting him on the street and recognizing him, contacted him. For some time they simply wrote to each other, until he took matters into his own hands and asked her out. Now they are deeply in love.

Khaby Lame has always created most of her videos in complete solitude, taking inspiration, however, from content produced by other creators and influencers. Once he reached a large number of followers, however, he managed to involve personalities from the world of entertainment and music, such as Alessandro Del Piero, who made himself available to shoot a funny video.

Surprised by his recent success, Khaby is starting to take part in projects that could change his life. His first television experience was somewhat eventful. In fact, he ended up in the sights of Le Iene, which reserved a joke for him just as happened to Paola Turci, Samantha De Grenet and many others.

In addition to social media, Khaby Lame is passionate about sports. In his life he has practiced several, such as athletics, basketball and football. In some of his videos he also showed some trophies.

Khaby could hardly have expected to fall victim to a joke from The Hyenas. Sebastian Gazzarrini, on the other hand, having noticed his success on social media, decided to put it to the test. Convinced that he was following real English lessons, the influencer would have been photographed in compromising poses by the professor's daughter. He thus had to face the fear of losing all his fame. 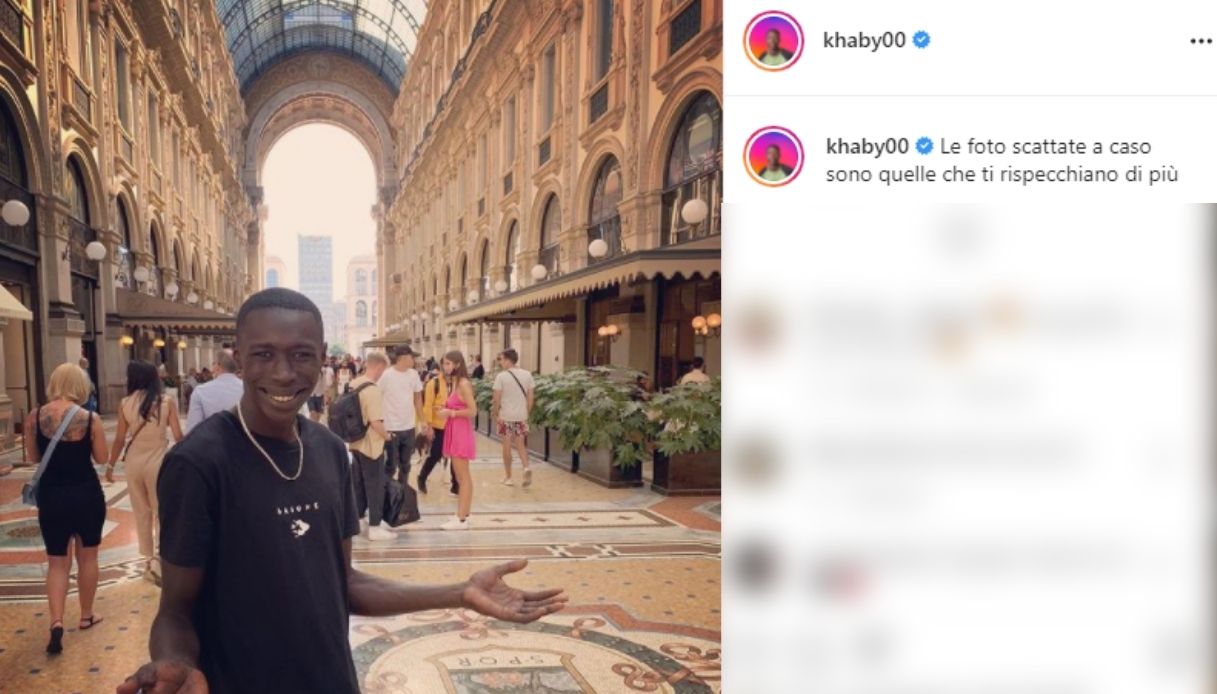