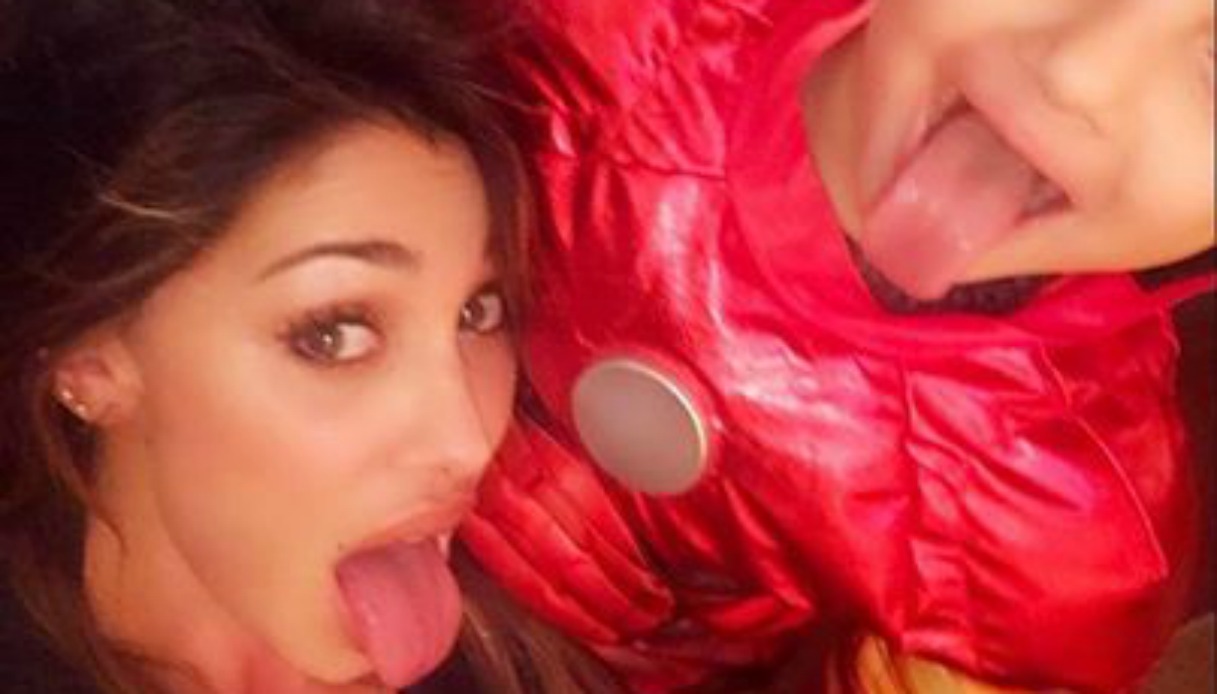 Belen Rodriguez ended once again at the center of the controversy because of a kiss in the mouth given to Santiago, the child born of the relationship with Stefano De Martino. Rodriguez responded to the accusations of being too provocative and sexy with Santiago, publishing a photo in which he is with the child. The two show the language and the caption reads: "Linguacce per tutti". A sort of replica of the dust that had risen in recent days.

But what happened? The Argentine showgirl often posts on funny social videos that see her struggling with little Santiago. The child is very lively and cheerful, he loves to play with his mother and is very affectionate. Belen Rodriguez, for his part, does not spare himself and loves to hug his baby and, indeed, to kiss him. To annoy users on social networks, however, is the fact that the showgirl kisses the baby in the mouth.

Already a few months ago Belen had been overwhelmed by a sea of ​​criticism for having published a video in which her lips touched those of little Santiago. These days De Martino's ex-wife has posted on Instagram another video in which he played with his son and touched his lips with his tongue. An attitude that has sparked controversy to no end by many users who have deemed the performance of Rodriguez to be in bad taste and too provocative.

"It seemed like a bad gesture," someone wrote. "I don't find anything maternal – someone else commented – and not because he gives his son a kiss but it's the way". Many have accused Belen Rodriguez of exploiting his son "just to look sexy and provocative".

In front of so many criticisms, however, there were also those who defended the showgirl, considering her normal and typical attitude of any mother who loves her child. "I do the same thing with my daughter and no one gives me a pervert," explained an Internet user. "Only those who are parents can better understand the love they feel for a child" another has ruled. Many have talked about Oedipus Syndrome, but also about "cultural heritage" and the "free manifestation of love" gesture. Lapidary commentary from someone who wrote: "Malice is in the eye of the beholder".