La Nottataccia: the most bizarre Original series of the moment arrives on RaiPlay 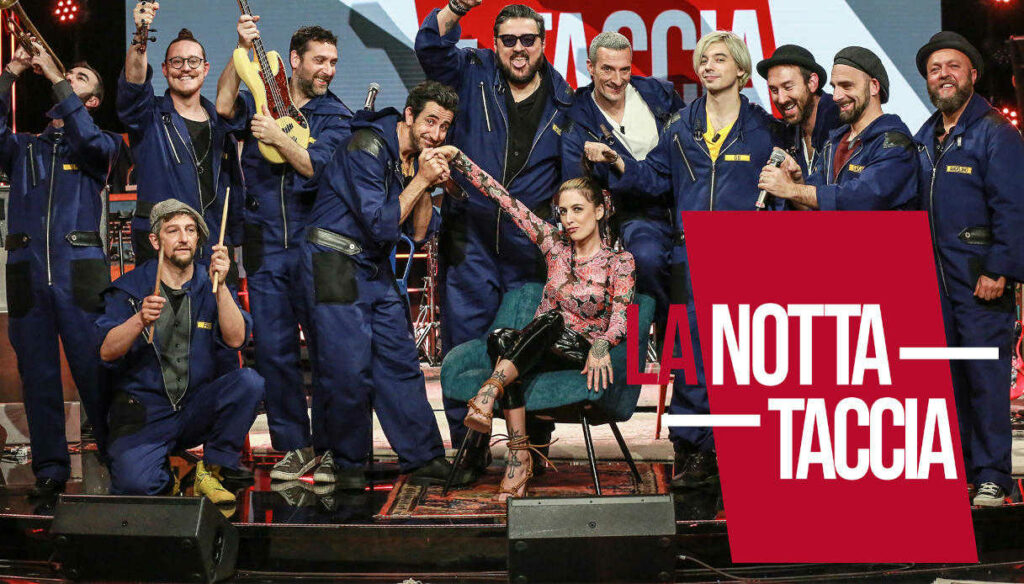 Theater, comedy, live music and even a reference to the TV series of the moment: the new RaiPlay Original series manages to conquer the public with its mix of languages ​​and genres. Produced in collaboration with iCompany and produced by the TV Production Management and the Rai Radio Management, La Nottataccia is available from 29 September 2021 exclusively on the streaming platform and consists of 4 episodes. We are not in front of the classic Rai program and this is understood from the beginning.

The Orchestraccia bursts on RaiPlay

It all begins inside the Rai headquarters in via Asiago, where Ema Stokholma is committed to conducting her music program dedicated to techno and club music. Suddenly, a group of bizarre characters burst onto the large screen of the studio: they are wearing a blue jumpsuit, while their face is hidden by the mask of Carlo Conti.

In front of Ema’s astonished eyes, one of them begins to speak: they are coming to take revenge on the usual banal and boring TV, where their art is not understood, it has no space. Well, now they are ready to take everything with interest, even using force. When the proclamation is over, the screen turns off and darkness falls in the studio. The Nottataccia begins like this, with a hint of mystery and tension.

La Nottataccia: music is no longer the same

After the incipit, we finally meet the members of the Orchestraccia: the bizarre musical group with the mask of Carlo Conti, led by the manager Lillo, as he cannot get any engagement, has decided to occupy the Rai. They take over the studio and air their new single, in loop, certain to win over the public and get the Siae rewards.

Meanwhile, the news of the occupation begins to circulate and goes viral on social media. People flock outside the studios in via Asiago to support the new favorites, those strange guys with Carlo Conti masks inspire trust, sympathy and hope for a change.

But the ascent to success of the Orchestraccia turns out to be more difficult than expected: there are funny incidents. At the same time, many famous guests gradually arrive in the studio to support the project: from Stefano Fresi to Noemi, but also Bugo, the Extraliscio, Edoardo Bennato, Max Gazzè, Francesco Sarcina, Paul Gazebo, Paolo Belli, Clementino and many others.

Their magical voices alternate on stage, with exclusive performances. Meanwhile, Rai tries to deal with Claudia Gerini and Carolina Crescentini, the two mediators of the band. Lillo, for his part, rejoices and is already thinking of a world tour of his proteges, which will even touch Ariccia. But we must not sing victory: the police are about to break into the studio and the Orchestraccia is forced to surrender.

They leave the studio in a hurry, followed by Ema Stokholma, who in the meantime has become the main supporter of the project. As they escape into the basement they meet a stranger, who, like them, wears the mask of Carlo Conti. Who will be? How will the series that blends music, comedy and entertainment continue?

All that remains is to connect to RaiPlay to watch all the episodes of La Nottataccia: the first two were published on 29 September, the last on 6 October.

“La Nottataccia is a program that combines different genres – comedy, theater and live music – confirms Elena Capparelli, director of RaiPlay – and is made exclusively for users of our platform. It will be a coming and going of actors and singers, capable of creating a surprising and ironic atmosphere. “ 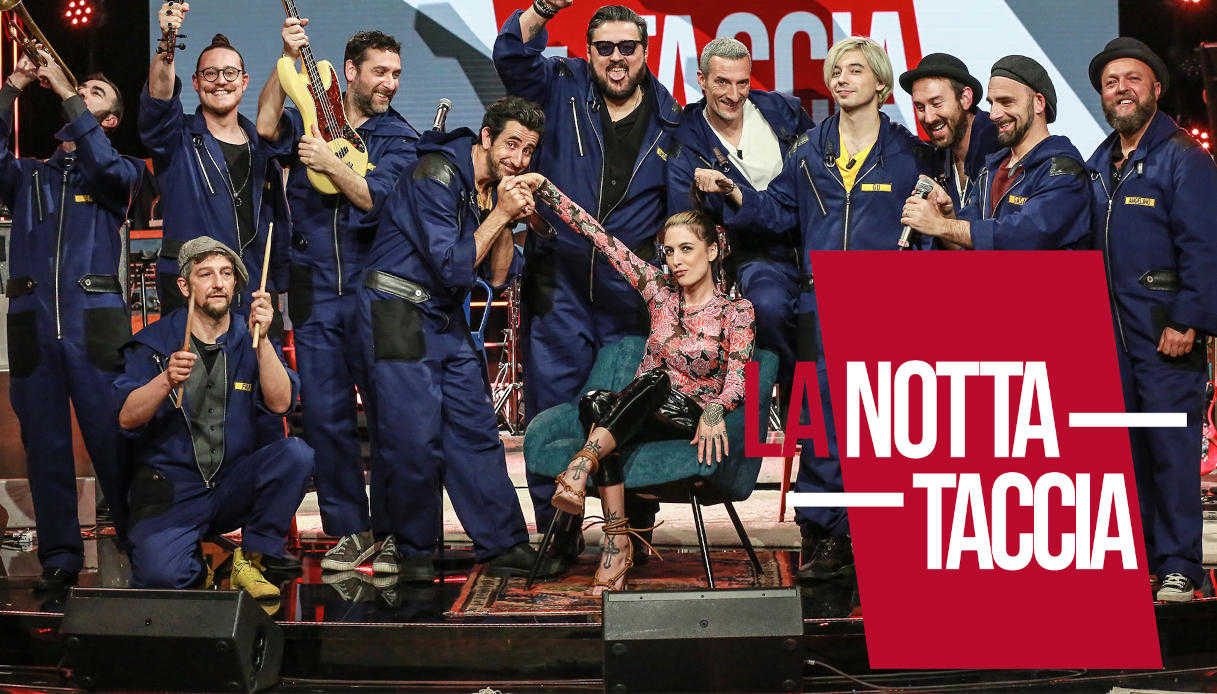 Lorenzo Gavazzi
2455 posts
Previous Post
Parents and children: do we really know how to communicate anger?
Next Post
Diet, the best of the week from 4 to 10 October