Lactic acid: what it is, why it forms and remedies for muscle pain 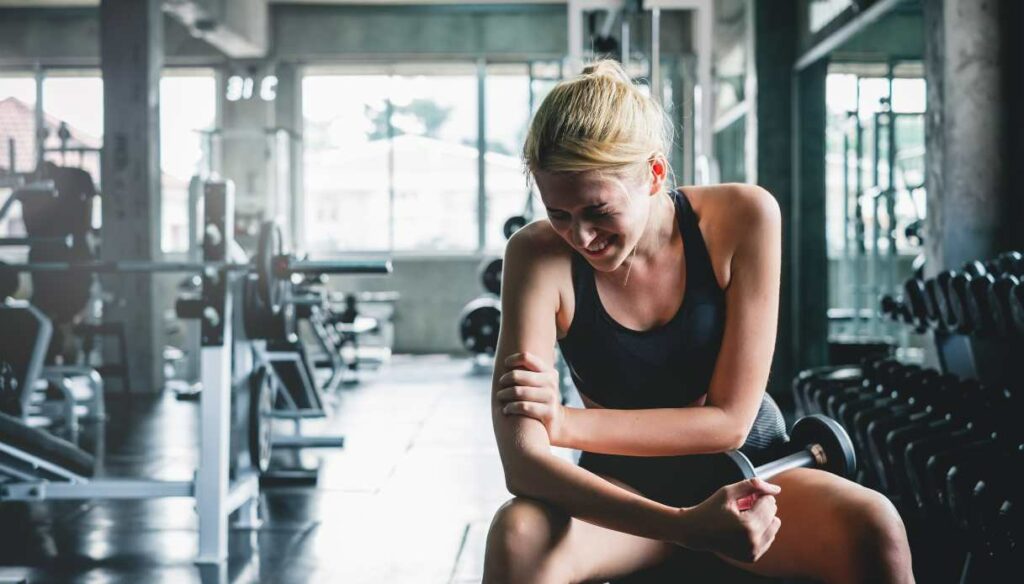 Lactic acid is produced by our body during intense efforts. Let's find out why and what to do if we have muscle pain after exercise

What it is and why it is formed

Lactic acid is a molecule that can accumulate inside the muscles following an effort or during intense physical exercise, causing burning and muscle fatigue. When we use the muscles, in fact, the muscle cells need energy to contract. Energy is obtained from a molecule called ATP (adenosine triphosphate), which is formed at the end of metabolic processes known as glycolysis, Krebs cycle and oxidative phosphorylation. The process is quite complex but, to simplify, we can say that starting from glucose – or from other molecules taken from food – our body is able to produce energy.

The process that leads to the production of energy starting from glucose needs oxygen to be able to continue and, sometimes, oxygen is not enough. For example, if you make a muscular effort that requires high amounts of energy in a short time, the blood flow does not reach the tissue so quickly, which consequently will not have the necessary oxygen available. When the oxygen levels in the muscle do not meet the needs, the metabolism certainly cannot stop, because this would have disastrous consequences for the cells. In this situation, the cells divert the pyruvate towards a different path that allows to produce energy even in anaerobic conditions, that is, in the absence of oxygen and, instead of entering the Krebs cycle, the pyruvate is transformed into lactic acid. This reaction allows glycolysis to continue even in oxygen deficiency, so that ATP, i.e. energy, can be produced.

The production of lactate is therefore a cell strategy to cope with a high energy demand, but it also serves to protect against excessive strain that could damage our health. In fact, lactic acid accumulates in the muscle, acidifying the cellular fluid and causing a sense of fatigue and burning, accentuated by the low energy yield of lactic acid compared to glucose. This forces you to stop the activity, at least temporarily, avoiding damage to the muscles. However, lactate could be dangerous for the cells because, if in excess, it would lead to metabolic acidosis. Thus, as soon as the cell has oxygen available again, its production ceases and that already synthesized is again converted into pyruvate, which can proceed towards the Krebs cycle.

Contrary to popular belief, lactic acid is not responsible for the pain experienced in the days following exercise. In fact, lactic acid causes burning and fatigue of the muscles during exercise and immediately after, but these are sensations that resolve as soon as the lactate is eliminated. To prevent excessive amounts of lactic acid from accumulating, excessive or prolonged efforts should be limited, providing adequate rest moments between one exercise and the next and breathing during physical activity, since thanks to breathing and pauses it is possible to replenish oxygen. muscle tissue. It should also be emphasized that both the production and the disposal of lactic acid depend on the degree of training: through constant physical exercise, even if intense, the body adapts the muscle metabolism, improving performance.

Muscle pain that occurs the day after a sporting activity is caused by muscle micro-injuries that can occur during exercise. To avoid muscle trauma it is good to listen to your body and not overdo it, modulating the type of activity based on the level of training. An adequate warm-up before exercise, a number of average repetitions of the exercises, pauses between one exercise and the next and the final stretching, help prevent tearing and trauma to the muscular system and joints.

It may happen that despite all the precautions, muscle pain is felt after physical exercise, especially when playing sports after a long period of inactivity. Generally these are mild pains, which tend to disappear spontaneously within a few days. To relieve symptoms and speed healing, rest is required first.

Wet compresses with arnica mother tincture, with analgesic and anti-inflammatory properties, can also help: for this purpose, a few drops of arnica tincture are diluted in hot water and towels soaked in the mixture are used to apply on painful areas. In herbal medicine you can also find ready-to-use arnica ointments and ointments, in addition to the mother tincture. Alternatively, you can massage the areas to be treated using essential oil of juniper, or thyme, lavender or angelica. The massage oil is prepared by dispersing two to three drops of essence in a tablespoon of sweet almond or sunflower oil and can be applied one or more times a day until the symptoms disappear.

Maria Teolis
3044 posts
Previous Post
Detto Done, Bianca Guaccero and the secret flirt: "It has my initials"
Next Post
Kate Middleton surpasses herself with the € 3,485 white coat