Lapo to Cardi B: “Do you fight stereotypes and present the Maneskins like this?” 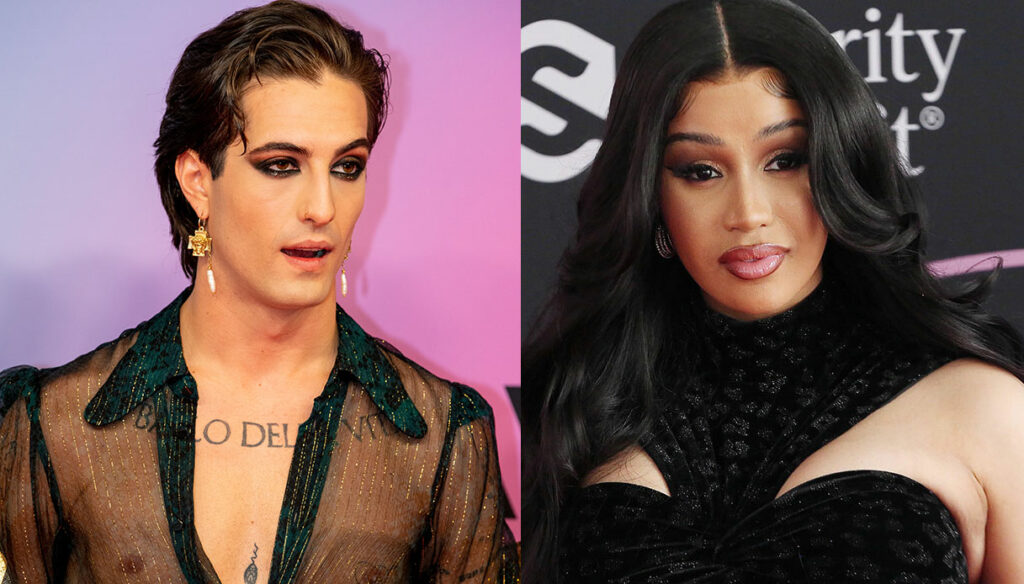 Online question and answer between Lapo Elkann and Cardi B, who presented the Maneskins to the AMAs over pasta and wine. “Italy is much more than these stereotypes and clichés”

We have always been irritated, offended and resented when Italy and Italians are presented with the usual, repeated, obsolete clichés: “Italia pizza, mandolin and pasta“; “Italy, mafia, wine and spaghetti”, and so on, where food, drink and a certain mischief, when not really underworld, are placed in the foreground.

It happened in the 1960s and still happens today. It is no coincidence that even at the very modern American Music Awards, our Maneskins, national pride of the moment, a group of four twenty-year-olds who this year won everything they could, from Sanremo to the European Song Contest, to the EMAs, were presented by chiappona (since we are talking about stereotypes, we adapt) Cardi B sitting at the table of a classic Italian trattoria, complete with a red and white checkered tablecloth, stuff that is no longer found even in the most unknown villages, in front of a fiasco of wine and a plate of pasta.

That was enough to raise the indignation and the scazzo of the web. Even some famous faces, who feel like spokespersons of Made in Italy, the most decent and honorable one. Lapo Elkann posted a vitriolic tweet, directed to Cardi B: “Wake up and smell the coffee @iamcardi; the Italian flag is not just spaghetti and wine, it is much, much more. Italy is beauty, culture, Leonardo, Ferrari, work. So, before introducing Italian artists, learn and prepare. It is so sad to use stereotypes to welcome the Maneskins… ”.

Among the various comments to the tweet, of solidarity (“Grande Lapo, we are with you”) but also of downsizing (“Come on, Mafia said, but he only mentioned spaghetti”), the response of Cardi B herself also arrived: “Did you want me to do a whole history lesson in an awards show? Maybe I should take a Ferrari on stage? I even made jokes about my hometown. I think people get outraged for no reason, there was no way to offend what I was doing. “

At that point Lapo replied again, broadening the speech and explaining the meaning of his tweet: “You fight against racism and stereotypes of minorities and you have my utmost respect. But I think feeding stereotypes goes against the values ​​you try to share with your fans. That’s all. You and your family are welcome in Italy and I would like to host you in the Bel Paese. “

How did it end? That Cardi B deleted the tweet and never heard from again. Fighter and passionate, but also touchy, perhaps. 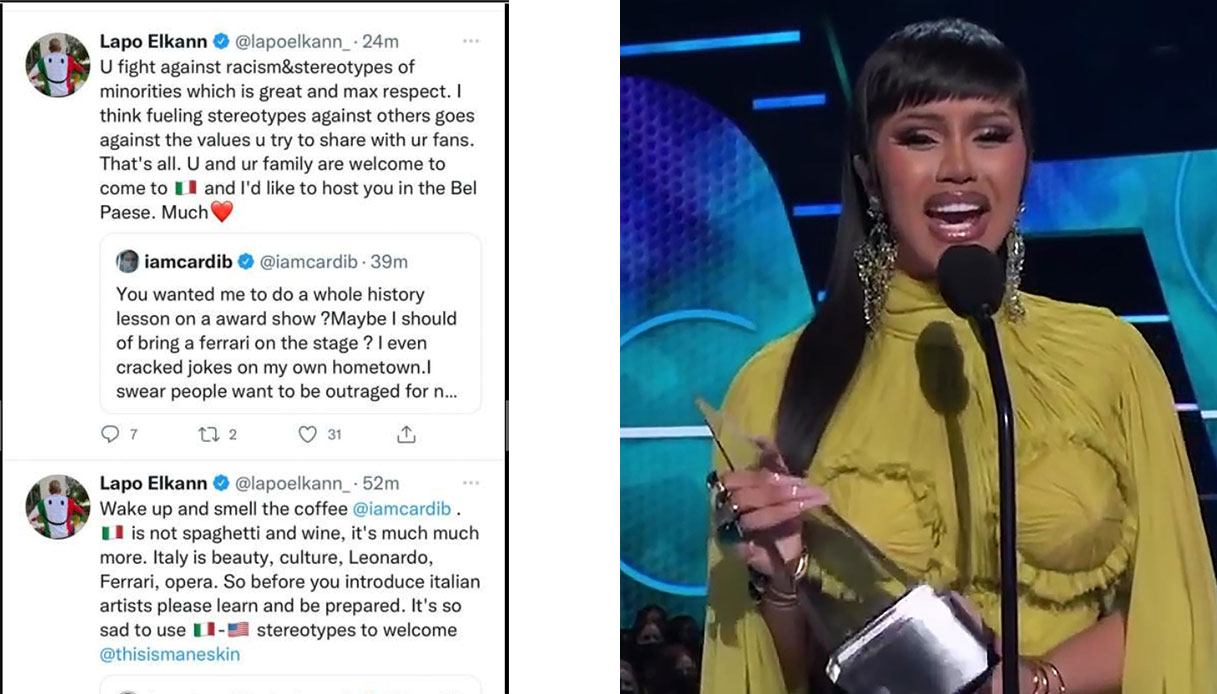 Barbara Catucci
11494 posts
Previous Post
Mara Venier, the sweetest memory on Instagram next to her nephew Giulio
Next Post
Michelle Hunziker lands on Amazon Prime Video: she is in the cast of LOL Germany