Lasse Matberg enchants the audience and the jury of Dancing With The Stars: the new talent champion looks like a Viking prince

Lasse Matberg enters the history of one of Italy's most famous programs at a dance pace but, above all, in the heart of Italian viewers. Here is the story of the Viking prince who won Dancing With The Stars.

Born in 1986, very long blond hair and a sculptural physique, Lasse is not a man who goes unnoticed. His massive physicality (he is 197 cm tall and weighs 100 Kg) could have been an obstacle on the dance floor, but thanks to the guidance of the talented dance teacher Sara Di Varia, this amateur dancer has shown that even a mountain of muscles can be graceful!

Lasse Matberg has reached its popularity thanks to social media and, in particular, thanks to Instagram: its highly followed profile, constantly updated with sexy and often very ironic photographs, today has over 650,000 followers.

Just through Lasse's profile, it turns out that the current winner of Ballando is a lieutenant in the Norwegian navy and that he does not disdain to play the role of a true Viking or that of Santa Claus, a sign that, fortunately, sometimes beauty goes by hand in hand with great intelligence and self-irony.

Unfortunately, Lasse Matberg has not always been so in harmony with his image: the model explained in the past that he had been bullied during school, due to the unpleasant and irregular appearance of his teeth. Fortunately today that period is absolutely past (and Lasse's teeth are now perfect thanks to the intervention of the dentist), but he left in the winner of Ballando Con Le Stelle that great sensitivity of mind that allows him not to take himself too seriously, remaining humble and very helpful even after the huge social success.

As for his private life, it seems that the handsome Viking is still looking for a soul mate and that he is rather perplexed by the many proposals that come to him via direct on Instagram: if any of his admirers asks him candidly to take her to the altar , someone else would "settle" instead of having a baby with him. Lasse merely shrugs and jokes about it, in fact he said:

I'm just lucky enough to have a look that is in fashion today! 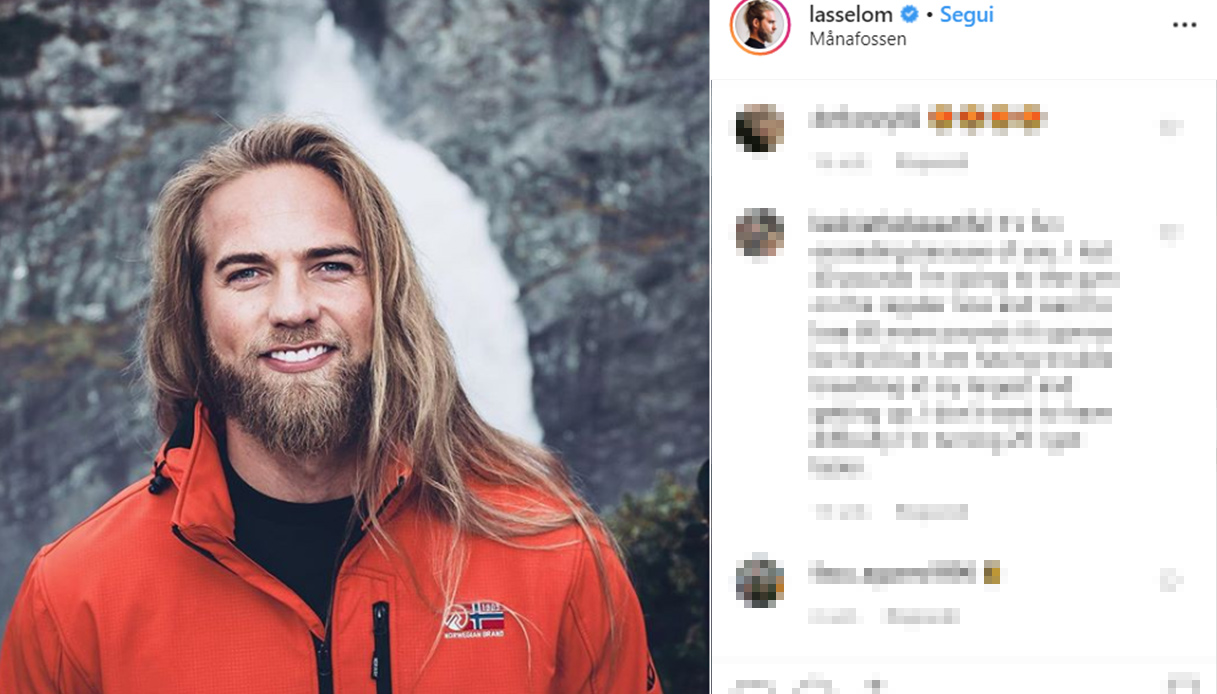 Lasse Matberg, the giant who won Dancing with the stars 2019 – Source: Instagram