Laura Pausini meets Mattarella after the Oscars: "A great privilege" 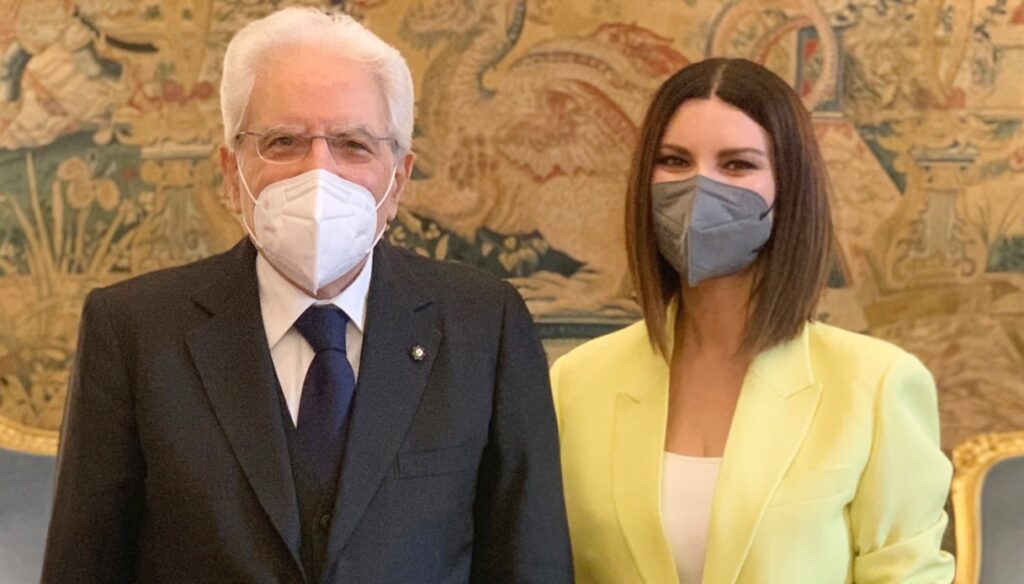 President Mattarella received Laura Pausini in his studio at the Quirinale. A great honor for one of the most loved Italian artists of all time

It is a golden period for Laura Pausini, who is experiencing a whirlwind of truly priceless emotions. The singer received an Oscar nomination 2021 for the song Io Sì, the soundtrack of the film by Edoardo Ponti Life in front of itself and, despite not having won the award, she is receiving such esteem and love from all the heart.

The victory would have been splendid and, we must admit, after the Golden Globe the nomination for the statuette in the category of Best Original Song made us dream. Laura is an all-Italian excellence, ambassador of made in Italy music all over the world. And that's why the President of the Republic Sergio Mattarella wanted to meet her, giving her another, great emotion.

The President did the honors, welcoming her into his sumptuous studio at the Quirinale with the kindness and grace that have always distinguished him. Laura Pausini was unable to hide the emotion, despite the ordinance masks which, as we know, must be worn to stem the infection from Covid-19.

Gorgeous and radiant, Laura chose a simple but very chic look, wearing a light yellow trouser suit. Minimal make-up and no jewelry, to complete the outfit a pair of golden pumps that added a precious and hyper-feminine touch.

"It is a pleasure to see you and congratulate you" – began President Mattarella, after having made her sit down -. At the Oscars it was an extraordinary emotion ". During the interview, then, he spent further beautiful words for the singer, underlining how the nomination itself is already a great goal, indeed "the real goal".

It is difficult to hold back the joy of such an important honor and, in fact, a post dedicated to the event was not long in coming to his Instagram profile. Pausini shared some of the official shots at the Quirinale with her fans, expressing all her gratitude for the meeting:

"Today I had the honor of being invited to the Quirinale by President Sergio Mattarella. Thank you President it was a great privilege to be able to meet you! Thank you Italy for being with me also in this crazy adventure in Hollywood and thank you for making me feel all the affection, even thousands of kilometers away: I have always been proud to represent Italy in the world and this opportunity for institutional recognition fills me with pride. "

She may not have won the coveted Oscar, but Pausini has nevertheless reached an important milestone. His was the song in Italian that won a Golden Globe and then received the Academy Awards nomination. A failed victory but only halfway, which has definitively consecrated the splendid Laura as one of the greatest Italian artists ever. 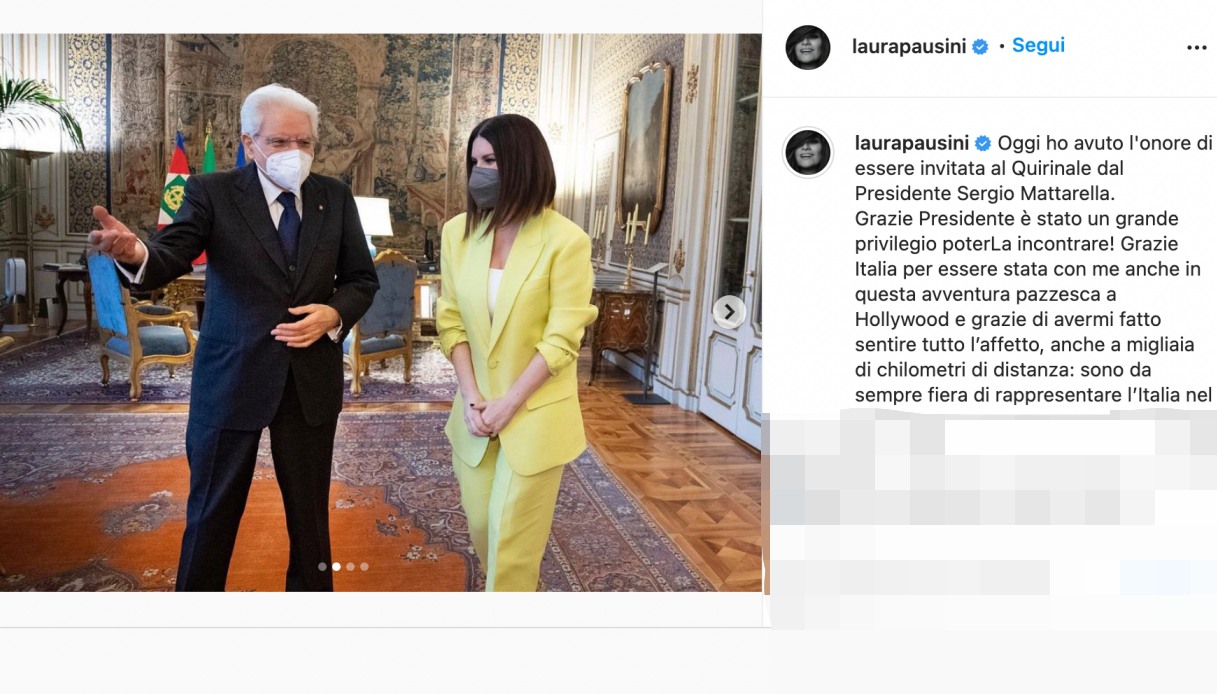