After his adventure at “Amici”, LDA has finally returned home: he has re-embraced his family and met little Francesco

It’s time to go home and hug the family again for LDA: Luca D’Alessio, after the end of his adventure at Amici, has finally spent some time with his loved ones, whom he hasn’t seen since September. It was also an opportunity to get to know his little brother Francesco, the latest arrival in the D’Alessio house.

His experience at Amici kept him away from home for months: now that LDA has come out of Maria De Filippi’s school of talents, he has finally been able to embrace his family and above all meet the newcomer, little Francesco, born in last January from the report by Gigi D’Alessio and Denise Esposito.

Shut up in Amici’s house with his companions, Luca had not yet had the opportunity to meet his little brother and finally this moment has arrived. The meeting was obviously documented on Instagram by the young singer’s older sister, Ilaria, who shared a really sweet shot on her profile.

First she published a short video in which she, her older brother Claudio and Andrea (the son Gigi D’Alessio had with Anna Tatangelo) hint at a ballet, then the first photo of Luca and Francesco together. The boy holds his little brother in his arms as he is about to give him a kiss on the cheeks: a very tender scene, impossible not to immortalize. The short clip and the snapshot are accompanied by a few simple words: “We 5 for the first time all together”.

After all, the five D’Alessio have been away for months, and several times Luca, inside the school, had shown signs of letting up, letting his words show the lack of family. Now, however, LDA is finally surrounded by the affection of his loved ones, ready to continue the path started in Amici’s school.

LDA, his adventure to Amici

Luca D’Alessio’s experience in Amici’s school ended only a few days ago, after a path marked by ups and downs. Since the beginning of his talent show adventure, the young singer had to deal with the “son of” label that he tried in every way to shake off.

It was often the singing teacher Anna Pettinelli, who never reserved words for honey for the boy. The challenges for him, perhaps precisely because he grew up on bread and music, proved to be more difficult for him than for the other students in the school, but despite everything he managed to get one step away from the final.

In the months there has never been an interference from dad Gigi, as confirmed by Maria De Filippi before saying goodbye: “I wanted to tell you that your father has never called me, ever, to tell me to help you or anything else. . Although he has my cell phone and I have his, ”said the presenter. 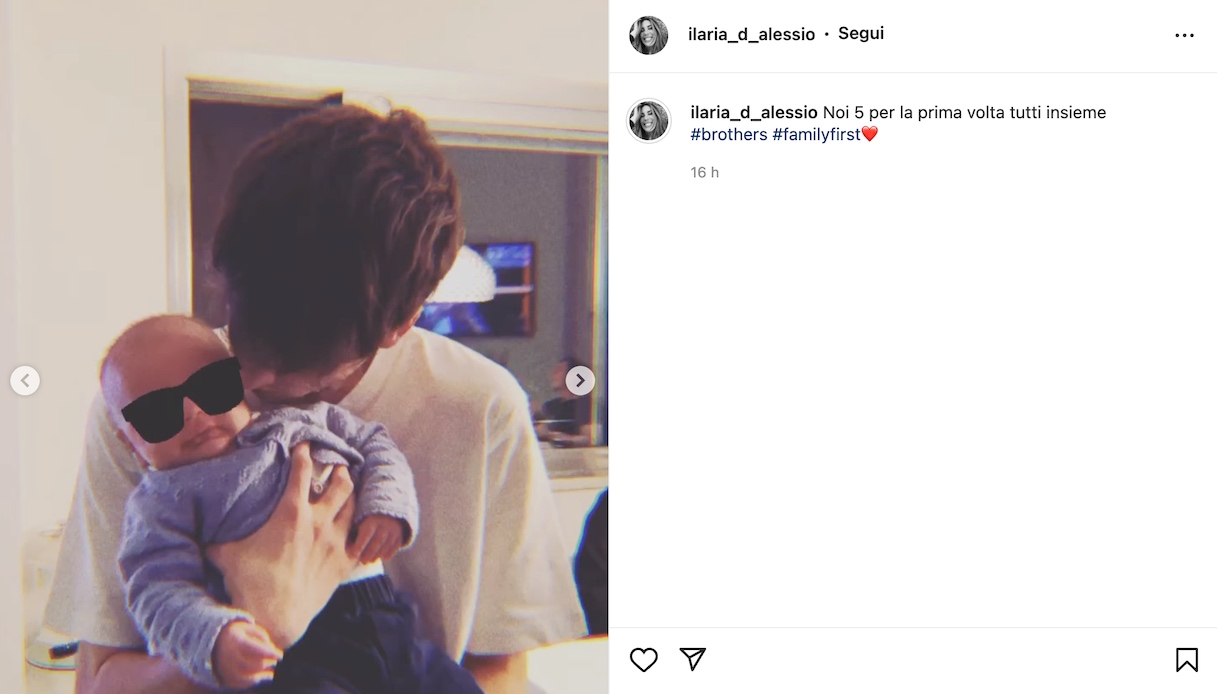