It could be Elodie who takes the helm of "Le Iene", filling the void left by Alessia Marcuzzi 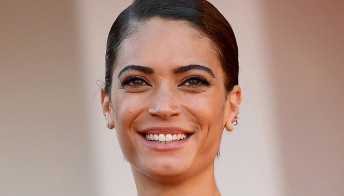 Elodie conquers Milan with a precious but casual look

Big news at Mediaset which will see a new face in the management, that of Elodie. The schedule of the autumn season has already been announced, and one of the most popular programs by the public, Le Iene, has been reconfirmed. The program will air throughout the year on Italia 1, but with several changes.

One of the most important certainly concerns the conductors. Alessia Marcuzzi has in fact left Mediaset after 25 years of activity, and in her future there are already new projects in store: according to what reported by the week Who seems to be the presenter is in talks with the Discovery publishing group. And also Nicola Savino, his companion in adventure in these years of shared conduction at Le Iene, will lead a new show entitled Back to school, a prime time program on Wednesday evenings.

"The names of the conductors are linked to an innovative profile, even a little pushed, so every year we try to renew – Piersilvio Berlusconi revealed at the presentation of the Mediaset schedules -. The names of this 2021/2022 season are still not certain, perhaps Davide Parenti will work on characters who are part of the Le Iene group ”.

According to what was revealed by the Zoom TV site, the place left empty by Alessia Marcuzzi could be taken by Elodie Di Patrizi. An attractive proposal that the singer of Amici would have already accepted. But on one condition: that of not immediately conducting the successful program broadcast on Italia Uno.

According to the rumors reported by the portal it would seem that Elodie has not rejected the proposal, even if – at least for the moment – she would have given her availability only starting from next January 2022, because she is engaged in a new musical project.

After seeing her at the Sanremo Festival alongside Amadeus for an evening, Elodie could become one of the new faces of the Italian scene: that she has all the credentials he had already shown on the stage of the Ariston, wonderful in her monologue and simply divine in the performance proposed during the second evening of the musical festival.

In the meantime, it is not yet clear who will cover the role of presenter in the first part of the program – which will air on Tuesday evening and in some periods of the season also on Friday evening – and who will take the place of Nicola Savino.