Le Iene, Alessia Marcuzzi dares in total black. And Balotelli is unbalanced on the former 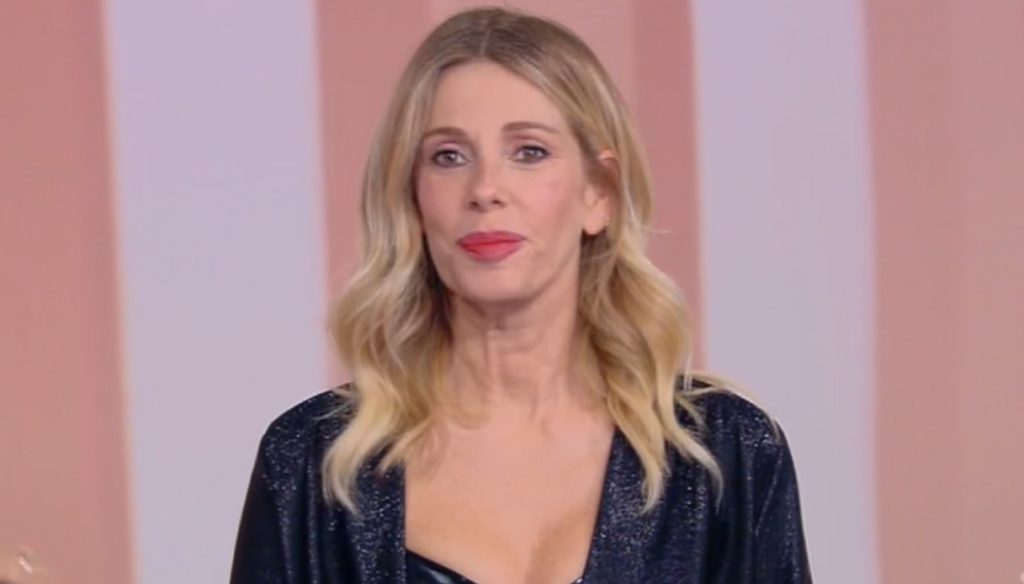 Alessia Marcuzzi returns with a new episode of "Le Iene", during which Mario Balotelli reveals a detail about his past

A new episode of Le Iene is back, the broadcast broadcast on Italia 1 which sees the splendid Alessia Marcuzzi running it. With surprising jokes and interesting inquiries, the weekly appointment much awaited by the public is renewed. Among the many protagonists of the evening, Mario Balotelli and his brother Enock stand out in particular.

Alessia Marcuzzi this time wanted to amaze the viewers with a truly incredible look, a total black outfit to leave you breathless. The presenter has in fact opted for a midi skirt in leather which, perfectly adherent to her curves, has highlighted her enviable silhouette, as well as a V-neck top and a crossed shoulder cover on the chest. On her feet, a pair of splendid black lacquered pumps with a vertiginous heel helped to slim her figure. And with a light make-up, combined with a loose hairstyle on the shoulders, she once again proved to be the real star of Le Iene.

During the episode, there are many services that have kept the audience glued to the screen. Among these, one of the most hilarious was undoubtedly the one that saw Mario Balotelli and his brother Enock as protagonists, returning from an adventurous experience inside the Casa del Grande Fratello Vip. In fact, both had an unfinished business with a friend of theirs named Antony, who has often helped organize funny jokes that aired right at Le Iene.

This time it was his turn: the two brothers chose the perfect moment to give him tit for tat, pretending a fight on his wedding day. And when, at the height of the clash, they dropped the wedding cake into the water, the newlyweds had a moment of panic – only dampened by the intervention of Le Iene, who revealed the joke. Before seeing the amusing curtain organized by Mario and Enock, the two let themselves go to some confidences to the microphones of the Italia 1 broadcast.

Theirs was a short interview, which however brought out some really curious anecdotes. For example, SuperMario is back to talk about one of his historical relationships, the one with Fanny Neguesha. When asked about the craziest thing he has ever done for love, the player did not hesitate: “A marriage proposal. She told me yes, but then we had some misunderstandings and we broke up ". The lucky one, as he himself revealed, was the beautiful model, one of his most famous ex girlfriends.

Barbara Catucci
7203 posts
Previous Post
2021 TV schedules between confirmations and news
Next Post
Who is Alexandre, the son of Claude Brasseur