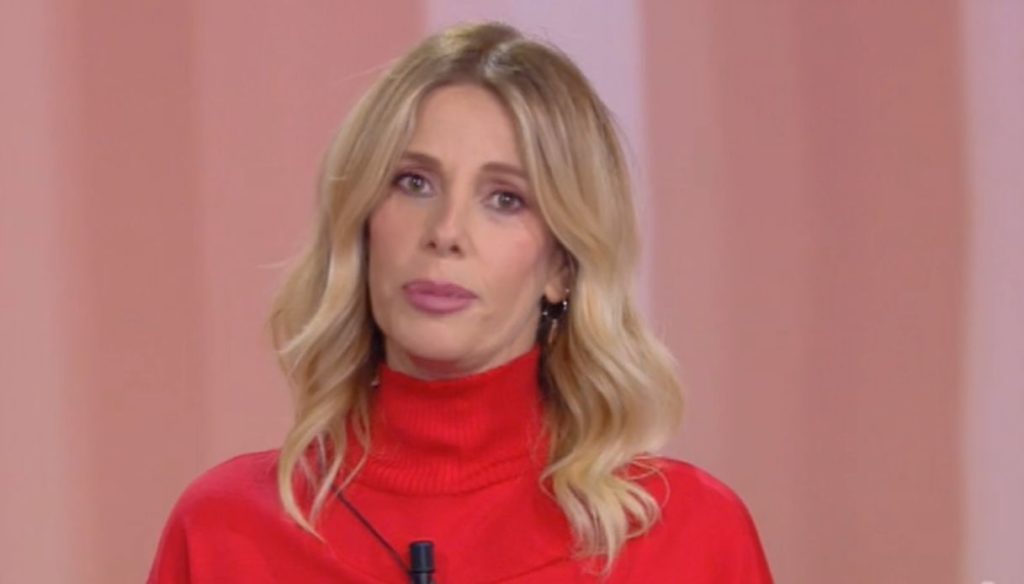 New appointment with "Le Iene": Marcuzzi is more and more beautiful while the joke on Di Biagio's daughter has degenerated

New appointment with Le Iene which, again this evening, proposed a show made up of entertainment and information.

Presented by the beautiful Alessia Marcuzzi in the company of Nicola Savino: the presenter has proposed, as a few episodes ago, a total red look.

The outfit worn fully enhanced the silhouette of Marcuzzi: a wide red sweater with a high neck, combined with a matching leather pencil skirt. To complete the look of the pumps with stiletto heels in the same color, with a rhinestone strap. Alessia then chose to wear her hair loose with soft waves, red nail polish, a make-up in warm tones that enhanced her natural beauty and a mauve lipstick.

Fresh from the great success for the conduct of Temptation Island of which she has now become the face for the Vip version, Marcuzzi continues her television adventure with Le Iene. This year the presenter had to stop – even if for only one episode – for a "slightly positive" swab, an alarm fortunately returned in a short time and which allowed her to return soon to the large family of hyenas, which sees her at the helm from many editions.

As always, between a report service and an interview, the joke was broadcast that this time saw the coach and former football player Gigi Di Biagio in the sights. With the complicity of the whole family, Di Biagio fell victim to the piano orchestrated by Sebastian Gazzarrini.

The former football player's nerves were put to the test by the very bad joke of the Hyenas: his third daughter Beatrice, still seventeen, took her new boyfriend Tommaso to dinner. The man from the beginning was not very sympathetic to Gigi: forty, with his wife and children and a gambler, he certainly did not represent the prototype of the ideal companion.

Di Biagio, together with his daughters, began to get alarmed and went to that apartment where he discovered that Beatrice had been "lost" in a game of poker by her boyfriend. At that point the joke degenerated: the former blue was unable to hold back his anger, beating up the actor who played Tommaso.

Barbara Catucci
6543 posts
Previous Post
Ariadna Romero: the ex-husband, Pierpaolo Pretelli and the relationship with Pieraccioni
Next Post
Reading is our investment in the future