Le Iene, the ten women to run unveiled: from Elodie to Pellegrini 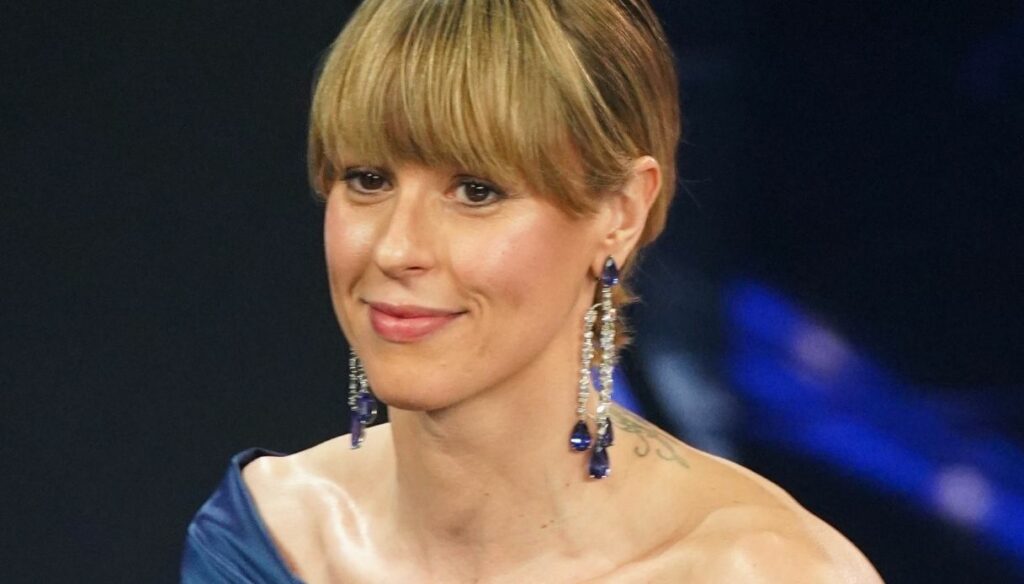 After days of suspense, the names of the ten women who will replace Alessia Marcuzzi at the helm of ‘Le Iene’ have been revealed

Ten women will take turns conducting Le Iene alongside Nicola Savino and Gialappa’s Band. And after days of great curiosity their names have finally been revealed. They are all very popular, have great personality, undeniable talent and come from the most diverse fields.

After Alessia Marcuzzi’s farewell to Mediaset and, consequently, to Le Iene, the curiosity about who would take her place grew day by day. Many hypotheses have been put forward, up to the announcement arrived through the official social channels of the program: it would not have been just one presenter, but ten, all ready to win the hearts of next season’s viewers.

After two days of suspense, the fateful names also arrived. There will be, just as some rumors wanted, Elodie. The singer, currently working on the next album and ready to release a new single, will return to conducting. A new exciting experience, which follows that of Sanremo 2020, where he had joined Amadeus and Fiorello.

The very young Madame also comes from the world of music, with a strong character and great communication skills, and Ornella Vanoni, famous not only for her immense career, but also for her unrestrained frankness.

There is no shortage of representatives from the world of sport. Federica Pellegrini, after having played her last Olympics in Tokyo and having said goodbye to competitions, at least at a competitive level, will be present on the show. There will also be the European champion volleyball player Paola Egonu.

Already at ease in the world of television and entertainment, however, Elisabetta Canalis, Elena Santarelli and actress Rocio Munoz Morales. All three will support Nicola Savino, putting themselves to the test in running the new edition of the program. In the studio also the overwhelming sympathy of the comedian Michela Giraud. Finally, borrowed from the world of journalism, Francesca Fagnani will also wear the very famous Le Iene uniform.

In short, a cast that, between confirmations and surprises, is ready to entertain and entertain the public of Italia Uno in all possible ways and to make the absence of Alessia Marcuzzi feel as little as possible. Will the choice to alternate ten women with such strong personalities with the management prove to be a winner? 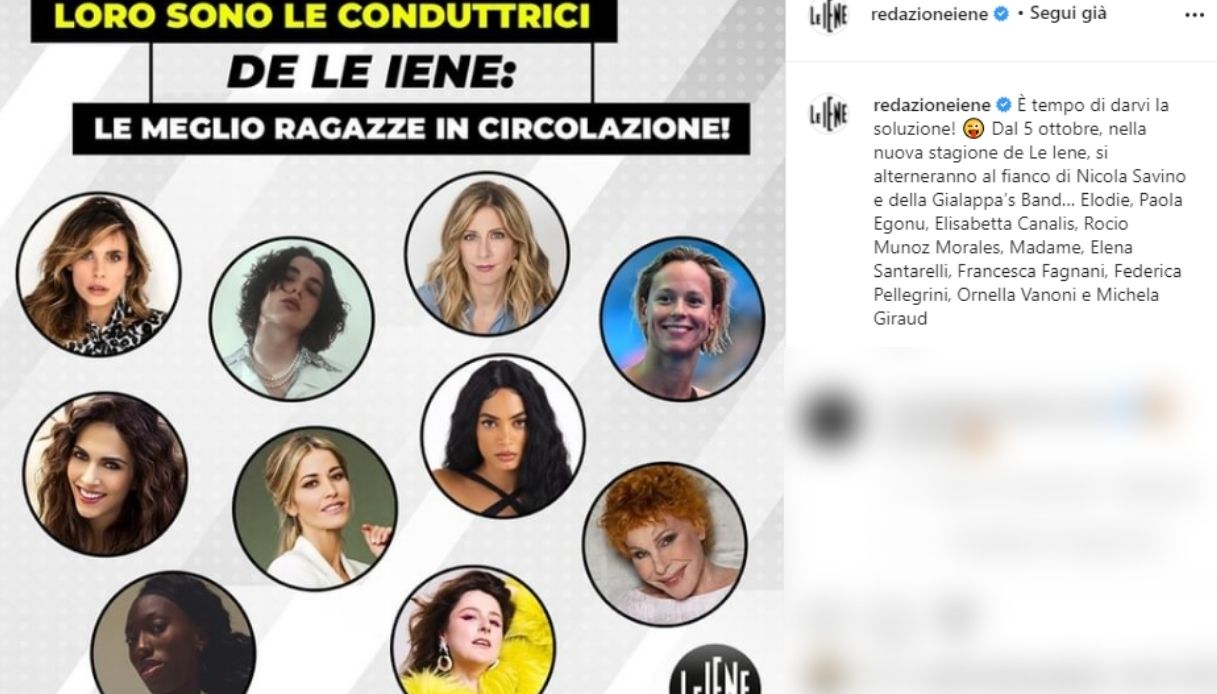 The ten women at the helm of ‘Le Iene’: the names announced on Instagram.

Barbara Catucci
11932 posts
Previous Post
Friends 2020, Sangiovanni and Giulia exasperated: “This story is so toxic”
Next Post
Dancing with the Stars 2021, Morgan already at risk: indiscretion