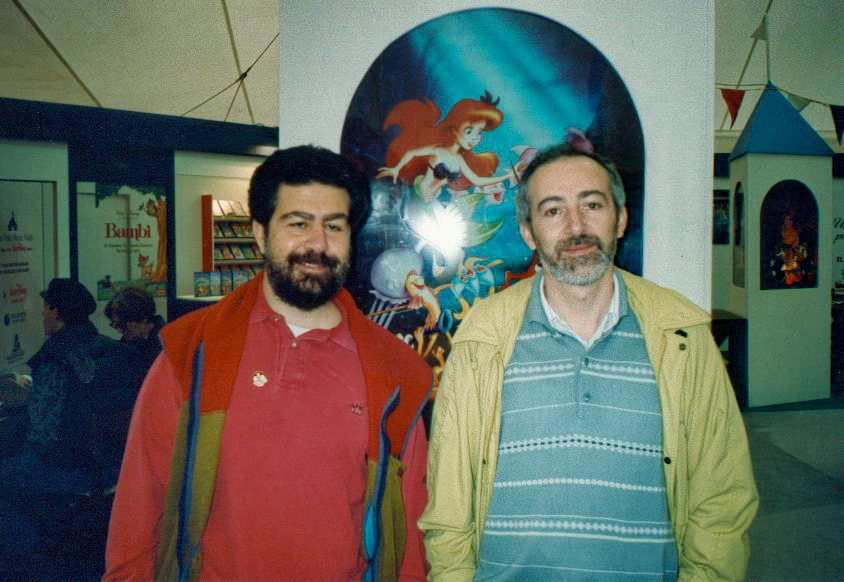 Lello Arena is a well-known voice actor and a very successful actor on the Italian film scene, here is some important information

Lello Arena was born on November 1, 1953 in Naples. His real name is Raffaele, but he is recognized with the diminutive Lello. This artist is particularly known for his strong acting qualities so much that he has achieved extraordinary success during the course of his career. Raffaele was an important figure in the world of show business as he ventured into various roles including comedian, comedian, voice actor and actor. Mainly it was a representative image of the Neapolitan comedy alongside Enzo Decaro and Massimo Troisi. The daughter of the well-known director Vittorio Traviani, Francesca, became his wife in 2006. From their relationship their firstborn was born in 2003, named Leonardo. Before marrying Francesca Traviani, Lello Arena had another daughter from her previous marriage, namely the famous Valentina Arena, currently very recognized as a singer and actress, despite her young age. Lello's parents were two employees at the tobacco factory. When he was a child, his family left Naples and went to live in San Giorgio a Cremano. Little Lello was not happy with this move so much that he claimed to have accused his parents of wanting to ruin his life, since he moved from the center to the suburbs, but he immediately understood that the parents were actually thinking about his future.

Already as a child, Lello discovers his strong passion for art and during a theatrical show inside a parish he meets Massimo Troisi who will become his best friend. Lello continued with determination to devote himself to his passion for theater, largely motivated by Troisi. For a short period he also dedicated himself to rugby until he became a professional and played in Serie D. But this was a short experience, since Arena decided to invest all his energy in the world of entertainment. After that he made his debut in some television programs including Non Stop alongside Giancarlo Magalli. He achieved great success when, together with Troisi, he formed the group "I Saraceni", later called "La smorfia". This trio gave rise to numerous sketches characterized by various caricatures relating to different personalities in the social sphere. It also ranged between different social issues through gestures and irony. The notoriety obtained by this group meant that it also landed in the Luna Park broadcast conducted by Pippo Baudo, aired on Saturday evening.

Subsequently the trio broke up in the eighties. However, the sketch of the "Annunciation" remained in history when Lello interpreted the Archangel Gabriel in a particularly melodramatic way with the famous catchphrase "Annunciaziò announced". In 1981 Lello was called by Massimo Troisi to play his own character while Troisi played the protagonist alongside his cheeky and indiscreet friend in the film which met with enormous success "I start again from three" in 1981. The latter, despite the great success, it was also targeted by critics. In the following year she played the leading role in the film "No thanks, coffee makes me nervous" which was particularly loved and appreciated by all the Italian public. The same Arena hinted in 2014 that there may be a follow-up, but there is still no news regarding the release on the big screen. In Troisi's film "Sorry for the delay", Lello Arena was an important figure, playing the role of a character suffering from various obsessions and nervousness after breaking a relationship. Thanks to this interpretation and to his strong artistic skills, Lello Arena won the David di Donatello award for best supporting actor.

Subsequently he collaborated in other films alongside famous personalities of Italian cinema including Ugo Tognazzi, Carlo Verdone and Alberto Sordi. In 1988 he also worked on the script and direction of the film "Chiari di luna". At the same time he played an important role in television with "The Prince Charming". The sudden death of his friend Massimo Troisi in 1994 marked a rather difficult and complex period within the career of Lello Arena. In fact, the actor moved away from the big screen and television for a certain period in which he was completely inactive. Later, once he returned to the world of entertainment, he also collaborated with the famous transmission Scherzi aside alongside Elenoire Casalegno and Massimo Lopez. The program achieved extraordinary success thanks to the numerous plays. In 1993 the book of Lello Arena was published, entitled "The secrets of the sacred papyrus of the highest Urz". This work narrates various reflections relating to some aspects and events that have characterized his life. In 2003 he lent his voice to the famous character of Pulcinella in the animated film "Totò Sapore and the magical history of pizza". In July 2009, Lello Arena won the Massimo Troisi Lifetime Achievement Award.