Leonardo, previews of the 30 March episode 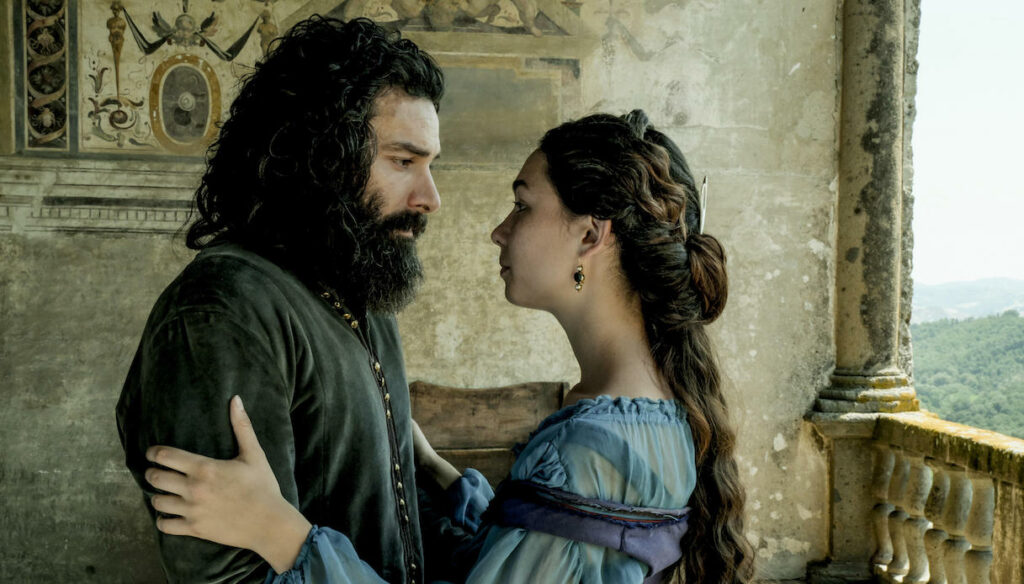 Let's find out what will happen during the second episode of "Leonardo", broadcast on Tuesday 30 March 2021

Leonardo, a great international production that is enjoying great success, is a fiction focused on the life of the great Italian artist: during the four episodes of which it is composed, it tries to shed light on the mysteries that have always surrounded his fine art.

If Leonardo's first episode allowed us to discover something more about the daily life of one of the most important artists of the Renaissance, now it's time to delve into the story on which the TV series has placed all its attention: the murder of the young woman. and fascinating Caterina da Cremona, of whom Leonardo himself was accused. To try to get rid of this infamy and prove his innocence, the artist finds himself retracing his entire life in front of the officer Stefano Giraldi.

After being estranged from Verrocchio and Benci, as well as deeply humiliated by the words of his father who has again disowned him, Leonardo decides to move to Milan to seek his fortune. His goal is to obtain the patronage of Ludovico Sforza, the Duke Regent, however his incredible talent is not recognized. The artist is in fact hired for a theatrical performance, which has little to do with his skills as a painter. Yet, thanks to a new meeting that allows him to have a different point of view, Leonardo discovers that even a theatrical staging can prove to be a great opportunity.

In a Milan shaken by the presence of the great artist, the latter soon found himself questioning the morality of the people around him. Despite this, Leonardo cannot help but proudly accept a new, ambitious assignment: Ludovico asks him to create a sculpture in honor of his father. While working on this project, Leonardo comes across the young Duke Gian Galeazzo Sforza and sees in him a tormented soul who closely resembles him. Moreover, in putting his talents to the test once again, he decides to put his trust in Salaì, a thief with a thousand resources. It will be precisely in an attempt to protect the people he is most fond of that the artist will have to make a painful choice.

The second episode of Leonardo, again divided into two episodes, airs Tuesday 30 March 2021 in prime time, on Rai1. The fiction, the work of great efforts at an international level, boasts a very respectable cast. The Irish actor Aidan Turner plays Leonardo da Vinci, while the splendid Caterina is one of the best-known faces on the Italian scene, namely Matilda De Angelis.

Barbara Catucci
8508 posts
Previous Post
Easter at home, 5 cult films to watch again
Next Post
Cryotherapy: what it is, what it is used for and side effects