Less salt, but iodized: everything you need to know about this food 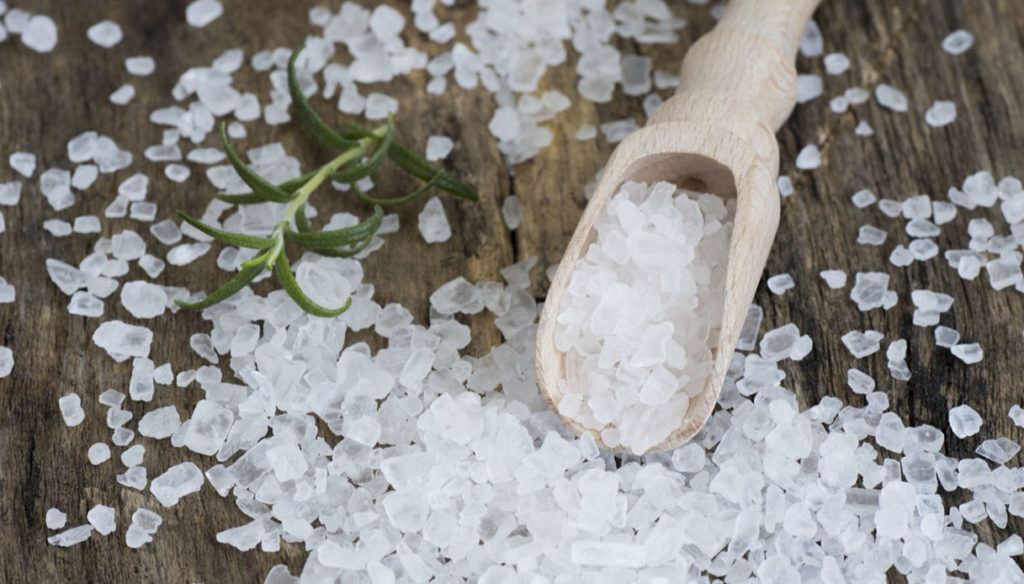 Iodine has a positive effect on the thyroid, stimulating metabolism and helping to burn excess fat

Iodized salt, both "fine" and "coarse", is a common kitchen salt to which iodine has been added in the form of iodide and / or potassium iodate, in an adequate quantity to cover iodine needs.

Because iodine is good for you

This mineral contributes to the development and functioning of the thyroid gland. It plays an important role in regulating the body's energy production; promotes growth and development by stimulating the basal metabolism and helping the body to burn excess fat. Mental acuity, speech, the condition of hair, nails, skin and teeth depend on the proper functioning of the thyroid. The human body normally contains between 20 and 50 mg.

The importance of its consumption

Although considerable progress has been made over the past few decades, iodine deficiency remains a significant health problem around the world. Fortifying salt with iodine is an effective and inexpensive strategy to prevent deficiency disorders and since iodine intake levels in Italy are insufficient and a fair number of people suffer from goiter, health authorities have chosen salt as the vehicle for increasing the amount of iodine in the diet. For this reason, the Ministry of Health has promoted the law n. 55 of 21 March 2005 concerning “Provisions aimed at the prevention of endemic goiter and other iodine deficiency pathologies” in order to improve public health interventions on the subject of iodine deficiency.

Who should consume it

The iodized salt has the same taste and the same characteristics as common salt and can and must be used – as the experts of the Ministry of Health advise – in all ages and in all physiological conditions in place of normal salt, except that the salt consumption should be drastically reduced. Everyone can make use of iodine-enriched salt since the quantities of iodine taken in this way will always be much lower than the values ​​that can cause negative effects. Only in the case of specific thyroid pathologies (hyperthyroidism, tumors, nodules, thyroiditis) it is good to seek the advice of a doctor, but even in this case it is not recommended to decide alone.

By law, iodized salt must be available in all grocery outlets. Unfortunately, however – as stated in the Guidelines for healthy eating (2018 revision) – Italy is among the European countries where the level of diffusion of iodized salt is the lowest. Sales statistics, in fact, tell us that only just over half (55% in 2013) of the salt sold in supermarkets is iodized while according to the World Health Organization this share should be 95%. In this regard, it must be said that there are also regulatory instruments governing the sale of iodized salt and common salt: the two types of salt must always be available at the same time, but common salt should only be provided upon specific request of the consumer. In addition, outlets should put up information posters to the population on the effects of iodoprophylaxis.

At the supermarket, therefore, we choose iodized salt instead of the other types, being careful not to confuse it with "sea salt" or "whole salt" or other salts, since their iodine content is negligible. However, this does not mean abusing it: the need to increase iodine consumption must not be translated into an increased intake of salt, but rather in the recommendation "less salt, but iodized".

Maria Teolis
2966 posts
Previous Post
Ficarra and Picone reveal the real reason for their farewell to Striscia la Notizia
Next Post
Diabetes: how, when and how much to exercise