Letizia, Felipe is in solitary confinement. And she shares commitments with Queen Sofia 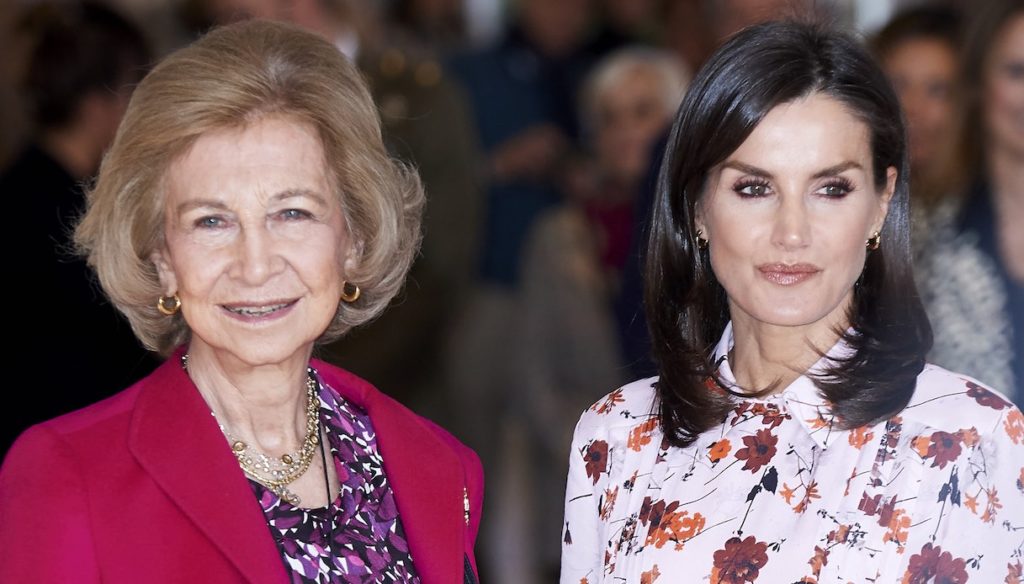 While Felipe is in solitary confinement, Queen Letizia has had to share royal commitments with her mother-in-law

While King Felipe is in solitary confinement at the Zarzuela Palace in quarantine due to contact with a positive Covid-19, Letizia of Spain has taken matters into her own hands, fulfilling the numerous meetings of the royal agenda.

Fortunately Felipe, after a swab carried out in recent days, was negative, but despite this he will continue to remain locked in his rooms until the 10 days of precautionary quarantine established by the Spanish health authorities expire.

In the meantime, Letizia certainly did not remain idle and took part in the events scheduled for these days. She was in Seville for the inauguration of the Tourist Innovation Summit, a very important event which was expected to be attended by both spouses.

Ortiz will be the undisputed protagonist again next week, with four matches that will take place between Valencia and Madrid. However, Letizia had to share the royal agenda of recent days with another exponent of the Crown, the former Queen Sofia.

Felipe's mother, in fact, wanted to support her son by participating in one of the scheduled meetings: she presided at the Royal Palace in Madrid at the award ceremony of the XXIX edition of the "Reina Sofía Prize for Ibero-American Poetry", awarded every year by the National Heritage together with 'University of Salamanca.

In short, the Queen found herself sharing her agenda with her mother-in-law, but they did not attend any appointment together: something that certainly pleased Letizia, who certainly does not have an idyllic relationship with the former Queen.

In fact, daughter-in-law and mother-in-law have often shown their hatred for each other. In fact, the episode dating back to 2018 is famous, when Letizia prevented her daughters from posing in front of photographers with their grandmother after Easter mass in Palma de Mallorca.

In recent times the relationship between the two women seemed to have improved, but the Queen of Spain would have made another false step towards Felipe's mother, preventing her from seeing her granddaughters. A real setback for the former Queen, who would have seen the door slam in her face in the face of an attempt to meet Leonor and Sofia when Ortiz was engaged in an official event.