Letizia of Spain at the Cervantes Prize: very elegant in white 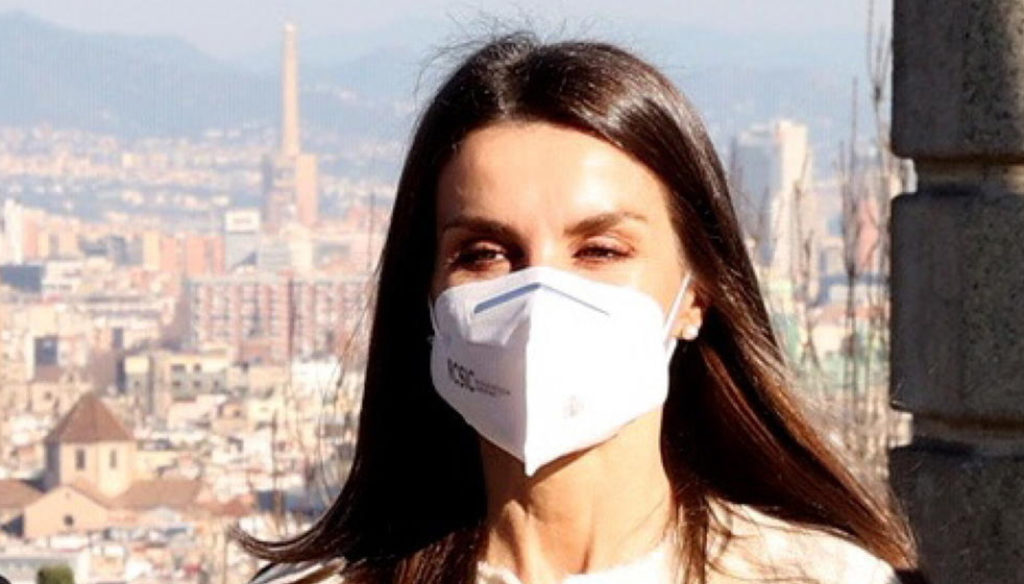 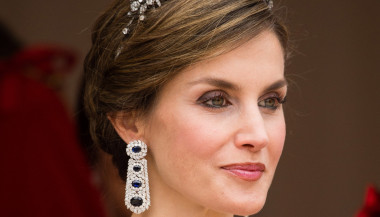 Letizia of Spain, the fairytale looks she has never worn again

Letizia and Felipe are busy with the last events of the year: Ortiz in fact accompanied her husband to Barcelona to deliver one of the most important Spanish awards.

This is the Cervantes Prize, which this year was awarded by the Kings to the poetess Joan Margarit during a short, intimate and familiar ceremony, in the presence of the Minister of Culture, José Manuel Rodríguez Uribes, and the poet's relatives.

Obviously, due to the pandemic that also hit Spain, the event – which should have taken place on 23 April in the traditional ceremony in the auditorium of the University of Alcalá de Henares – has been postponed: the awarding of the award took place at the Palace Albéniz, official residence of the Kings during their stays in Barcelona.

For the occasion, the Queen has recovered from her wardrobe one of her most popular items of this 2020: an elegant off-white dress with long sleeves. Peculiarity of the dress worn by Letizia is the asymmetrical hem, the fringed neckline and the waistline marked by a band, which does justice to the Queen's impeccable physique.

The dress, however, hides a secret: since the designer wore it for the first time – about a year ago – it has never been revealed, and therefore its origin remains a mystery today.

The Queen, as usual, did not disappoint expectations: she paired the garment with python-effect pumps by Magrit – one of her favorite designers – enriched with some studs. As for the jewels, Ortiz opted for round diamond earrings (from which her Australian pearls usually hang) and the Karen Hallam ring, given to her by her daughters Leonor and Sofia and from whom she rarely separates.

Letizia of Spain particularly loves white, so much so that she wears it on several occasions: the last time just a few weeks ago, at the inauguration of the Tourism Innovation Summit which was held in Seville. The Queen wore a very refined white dress with black polka dots, which she had already worn on her state trip to London to meet Kate Middleton. Even a few months ago Ortiz sported a recycled black and white look absolutely to be imitated, with one of the most sought-after low-cost pieces in her wardrobe. 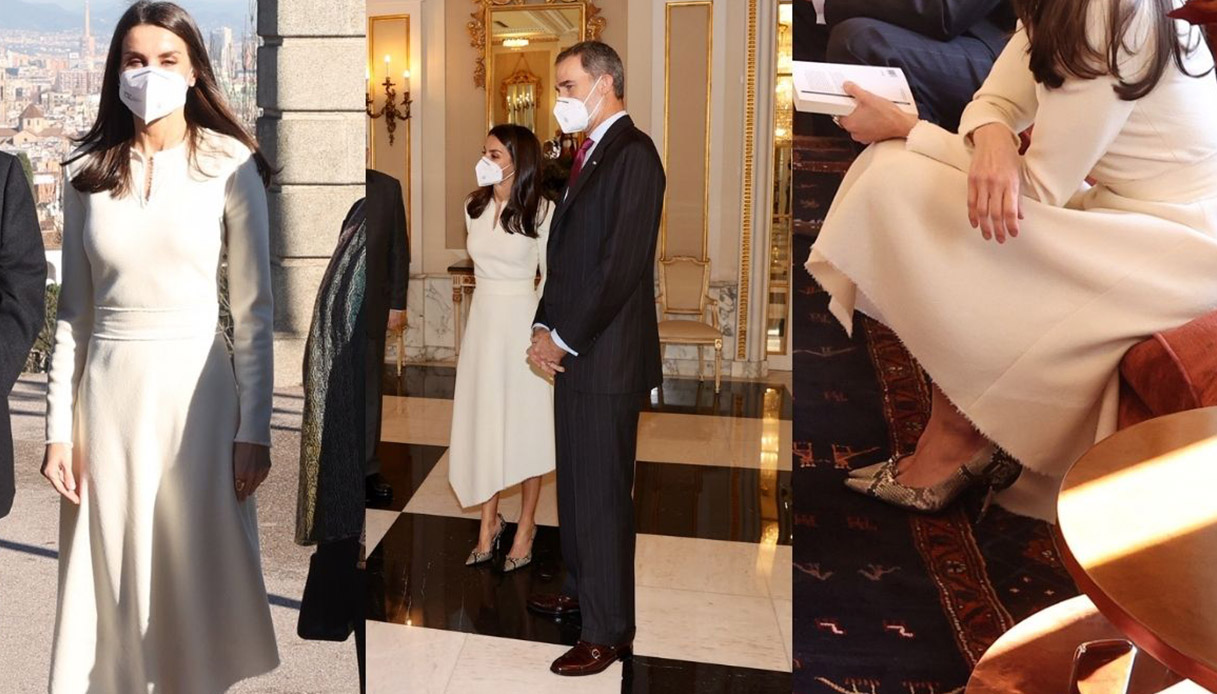