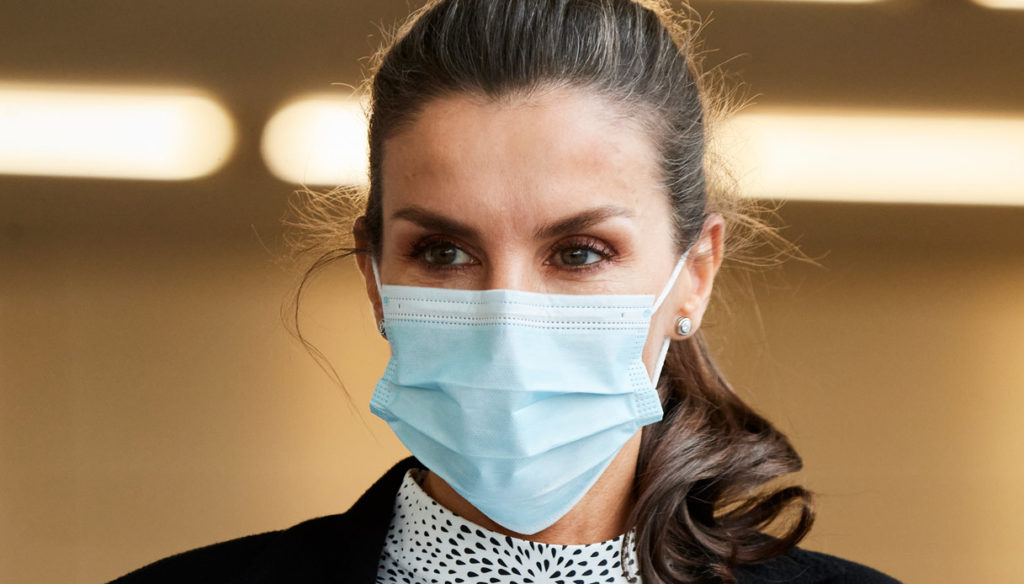 Letizia recycles the dress in which she challenged Kate Middleton in 2019, pays homage to Andalusia and leaves everyone breathless

Letizia of Spain enchants at the inauguration of the Tourism Innovation Summit which was held in Seville. The Queen has recovered from her wardrobe the white dress in which she challenged Kate Middleton during her visit to London last year.

Letizia attended the event without her husband Felipe who was supposed to accompany her, but is in isolation for at least ten days after coming into contact with a positive person at Covid. Therefore, for about a couple of weeks it is up to Donna Letizia to manage the fate of the Monarchy and at the Andalusian event she has shown herself up to par.

The Sovereign showed up at the Summit dusting off a decidedly refined dress, white with black micro polka dots, puffed sleeves with buttons on the cuffs, perkins neckline, thin black leather belt, signed Cherubina, in perfect “British lady” style. Not surprisingly, in 2019 he wore it for the first time during his state trip to London. Although to tell the truth, the brand is Andalusian, so the dress hides a little secret message: a tribute to the region that hosted it.

The first time Letizia used this brand dates back to June 2019. The Sovereign wore a splendid red dress during the Armed Forces ceremony and then proposed it again with the white dress with black polka dots, which she has recycled now, to meet Kate Middleton, she too in black and white, during the celebrations of the Order of the Garter, in London, also in June 2019. Letizia's dress went viral and there was a real rush to buy.

To protect herself from the not too bitter cold of Seville, Letizia wears a black Carolina Herrera coat on her shoulders, also recycled. In fact, he wore it for the first time in 2018.

The look is completed by a white clutch from the Furla brand that Letizia wears using the short shoulder strap and her black reptile décolletées, signed by Manolo Blahnik, a true passepartout of her outfits, which she also wore in London. Only then, she preferred a more elegant black clutch and a mesh hat to be no less than British ladies.

The only jewel, obviously minimal, that Letizia allows herself at the Summit are the chaton earrings, if we exclude the ring, a gift from her daughters Leonor and Sofia, from which she never separates. While the hair is tied in an elegant high and pulled ponytail. 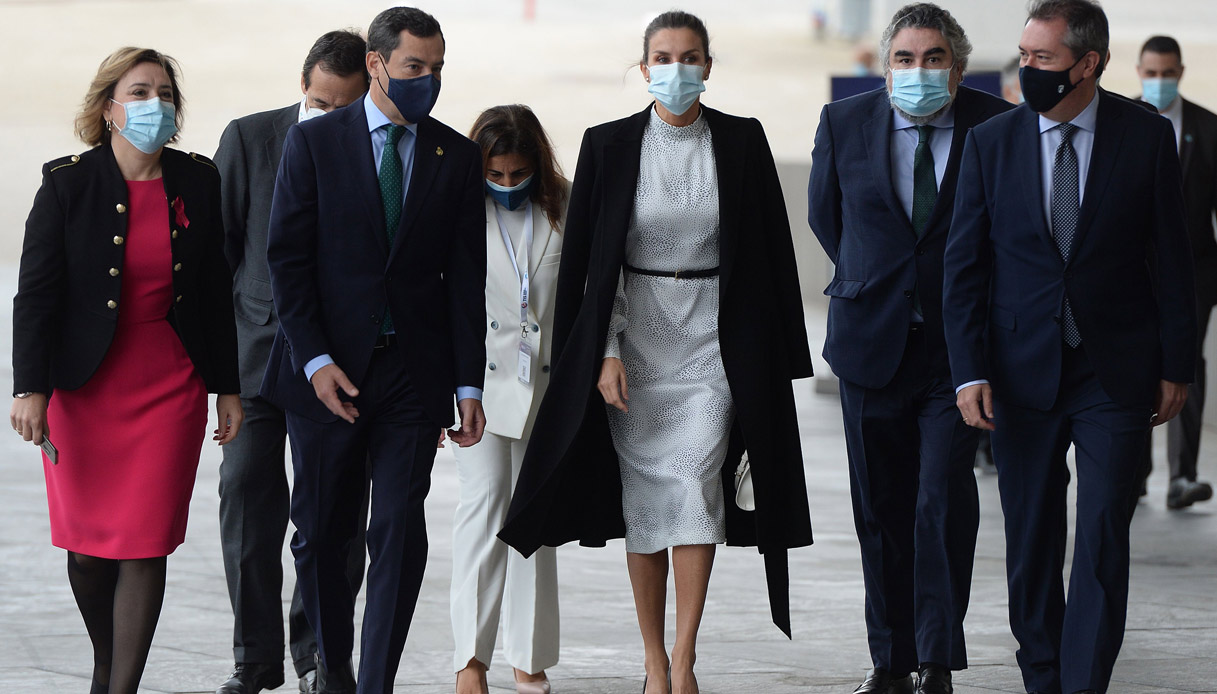 Giovanna Pirri
4522 posts
Previous Post
Men and Women, mourning for the Throne Over: goodbye to Maria S
Next Post
Oral hygiene: what are the indispensable products?