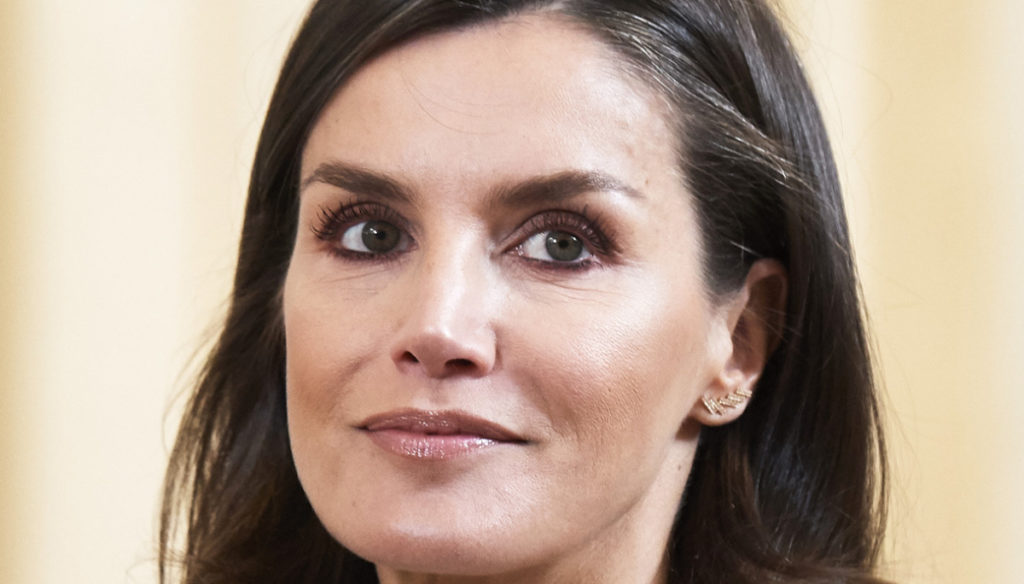 Letizia of Spain wears Hugo Boss skirt chosen by many crowned heads. The combination does not convince but then redeems itself with the bon ton dress 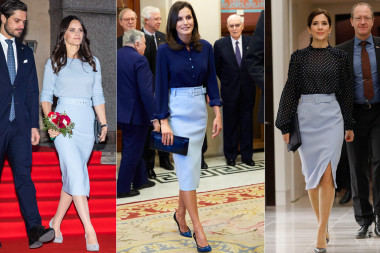 Letizia of Spain, the skirt of the power that they all have

Letizia of Spain participated with her husband Felipe in an event at the Royal Academy of Languages ​​in Madrid.

The Sovereign presented herself with a managerial look, wearing the skirt of power. It is a light blue dress with waist belt, in the 60s style, signed by Hugo Boss, Letizia's favorite designer who recently showed off a red suit. The fact is that crowned heads like this skirt and they all have it (except Meghan and Kate). In fact, Mary from Denmark and Sofia from Sweden also showed it off. If the latter gave birth to the best look, the heir to the throne of Denmark was decidedly rejected.

Letizia, on the other hand, is always enchanting but the blue shirt by Carolina Herrera creates a too strong detachment on the light blue of the skirt and the result is not entirely convincing. A small mismatch that is unlikely to be committed by the former journalist. But this time the outfit is not promoted with full marks. Complete the set shoes and clutch of Magrit and precious earrings created by Bulgari.

Then for audiences at Palazzo Zarzuela he shows off the white polka-dot dress, from the wide pleated skirt by Massimo Dutti, which we have already seen. Letizia wins in elegance and deserves the warm embrace of a boy in a wheelchair.

Giovanna Pirri
5757 posts
Previous Post
Mothers in shape after giving birth: 5 exercises to give energy to the body
Next Post
Morning sickness, 5 reasons why you suffer even if you are not pregnant. And how to overcome it