Letizia of Spain, from the magical dress to the Russian tiara: look report cards 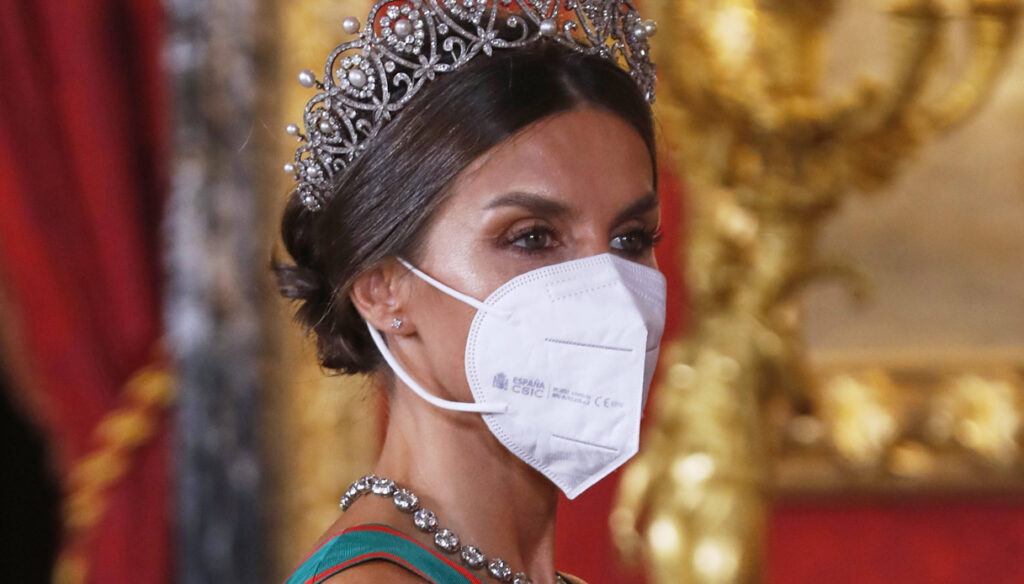 From the magical dress that costs less than 80 euros to the Armani evening dress, the most successful (and least) looks worn by Letizia di Spagna from 15 to 21 November 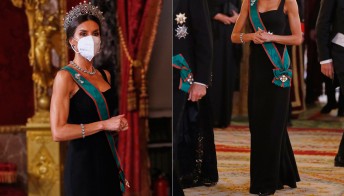 Letizia of Spain carried out numerous commitments in the week of November 15th to 21st, showing off looks worthy of her fame as a style queen. From the gala dress to the low cost dress, Reina didn’t miss any outfit and was promoted with flying colors. Let’s see them in detail.

Letizia of Spain, for the visit to the bus fleet on the occasion of the 75th anniversary of the Madrid municipal transport company, chose to recycle her electric blue knit dress by Massimo Dutti. The dress belongs to the spring-summer 2020 collection. Its original price is 79.95 euros (SEE THE PHOTOS). Defined as a magical dress for its versatility, the Sovereign debuted with this garment in June 2020.

To create a more autumnal look, she paired it with her black over the knee boots and a dark coat. VOTE: 8.

Letizia and Felipe of Spain received Sergio Mattarella, on a state visit, and his daughter Laura in Madrid. For their first meeting, Donna Letizia opted for a tweed dress, in neutral tones, which she paired with a cape by Hugo Boss (SEE THE PHOTOS).

Although the dress has been in the Queen’s wardrobe for some time, the designer’s name remains unknown. The Reina outfit is impeccable but in its exaggerated bon ton style, it lacks verve. VOTE: 6 1/2.

At the gala dinner with Sergio Mattarella, Letizia di Spagna shows up with a splendid black Armani evening dress that focuses on the décolleté. The dress has minimal lines, with wide straps: perfect for the toned and slender silhouette of the Reina.

Letizia embellishes the apparently simple outfit with the Russian tiara that only Spanish Queens have the right to wear and a diamond necklace with matching bracelet and earrings. Simply magnificent. VOTE: 10.

Letizia of Spain holds an audience at Palazzo Zarzuela with a focus on the topic of women’s prevention, the meeting was documented on the Twitter page of the Royal House. For the business appointment, Felipe’s wife chooses a blue pinstripe trouser suit by Hugo Boss, which she has already worn on other occasions. And she pairs it with a navy sweater and Magrit suede pumps. As jewelry she chooses her bamboo-shaped hoop earrings. VOTE: 7. 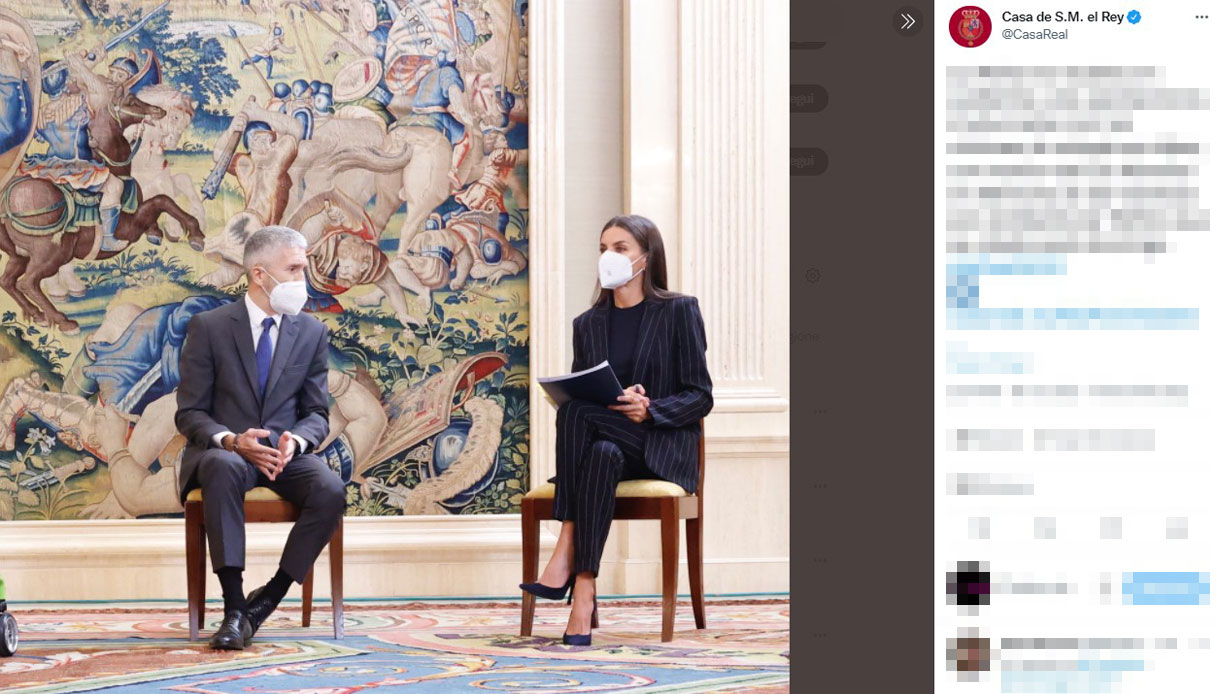 Giovanna Pirri
5756 posts
Previous Post
GF Vip, Soleil vitriol against Gianmaria: three things that (perhaps) you missed
Next Post
The return of Ficarra and Picone: when their first series “Incastrati” comes out