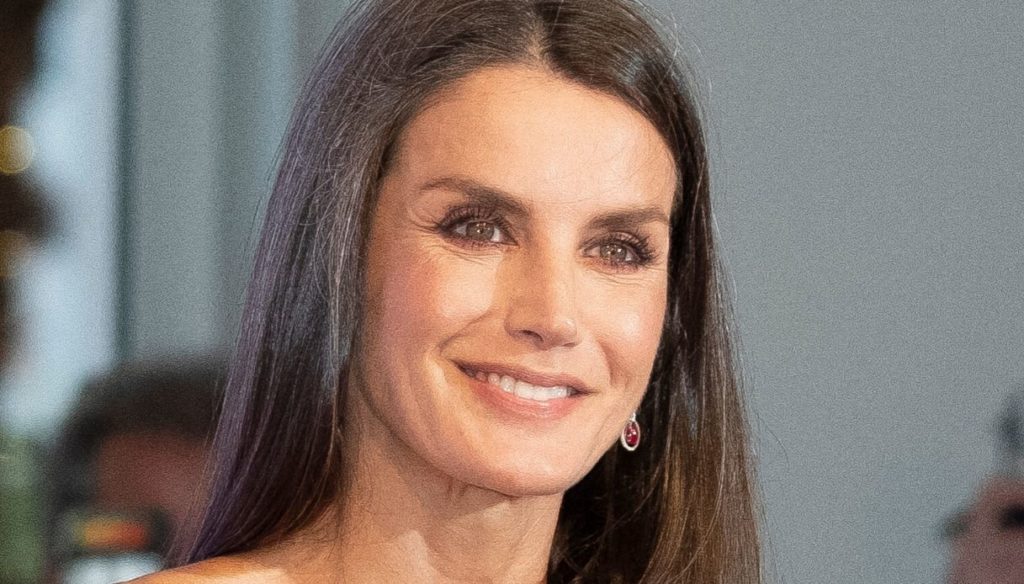 Letizia of Spain confirms, once again, the undisputed queen of style 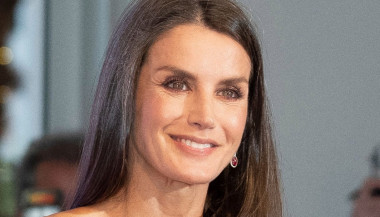 Letizia of Spain is gorgeous with the strapless dress. And he takes his revenge

Letizia of Spain, event after event, always knows how to reconfirm herself as the absolute queen of style: once again, in fact, splendid in a red dress, she enchanted everyone. The Sovereign, together with her husband and King Felipe, attended the inauguration of the Royal Theater in Madrid and chose to wear a total look in perfect match to parade on the red carpet.

If during this long summer Letizia showed off fluffy and light outfits, often together with her beloved espadrilles, for this official mid-September event she preferred a more structured dress instead. The beautiful red dress with its sleeveless cut shows off the shoulders and reconfirms Letizia's predilection for this type of dress, chosen on numerous occasions. In fact, the Queen usually opts for dresses that leave the arms uncovered and which, together with the waistline emphasized by a thin belt, highlight the perfect physical shape of the Sovereign.

To underline Letizia's enviable silhouette, the result of a balanced diet and demanding sports training, there are also the beautiful red open cleavage worn by the Queen with extreme elegance. On the other hand, the Sovereign has accustomed us to a chic and timeless style that cannot be scratched even by the mask: strictly worn together with Felipe, in this very particular historical moment.

With this sophisticated red total look, Letizia has also decided to go back to the warm colors she had temporarily abandoned in recent weeks, preferring floral dresses and cold tones. To break up the whole pandant outfit, a beige clutch that discreetly matches the flaming red of the dress.

Also inevitable is the presence of the usual ring worn by the Queen, a gift from her daughters Leonor and Sofia, from which she never separates: a symbol of a confident wife and woman, but also of a very affectionate mother. 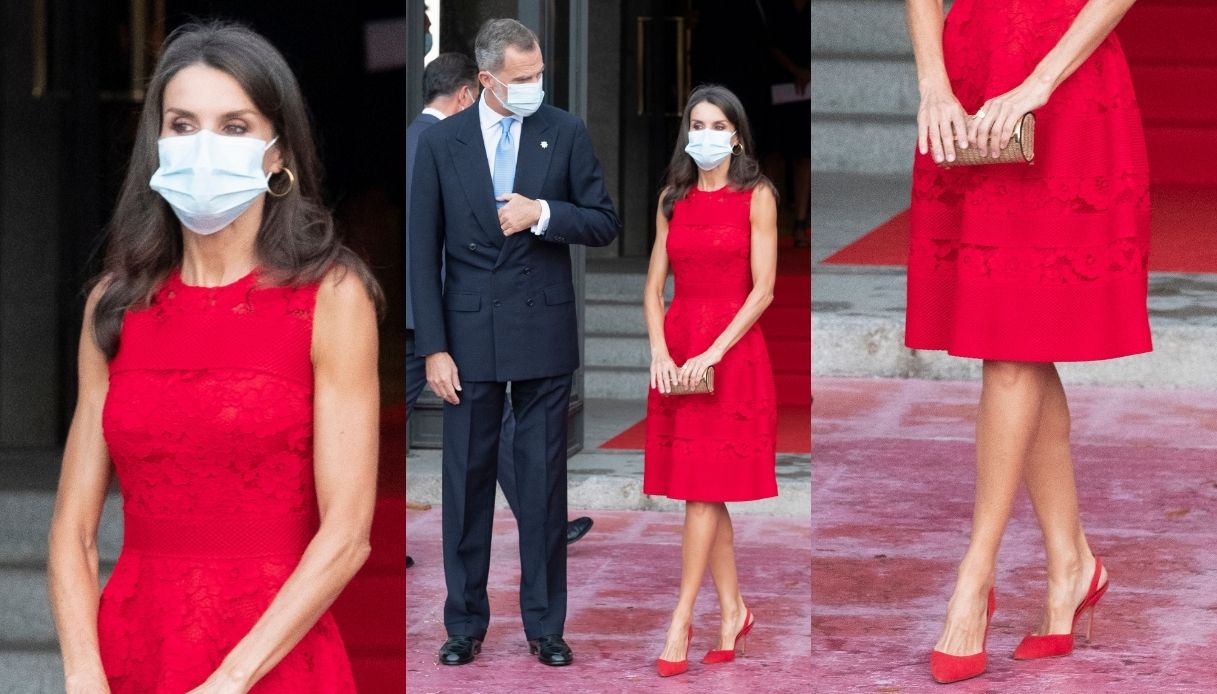