Letizia of Spain, Leonor steals the show: first event alone with a look of € 59.90 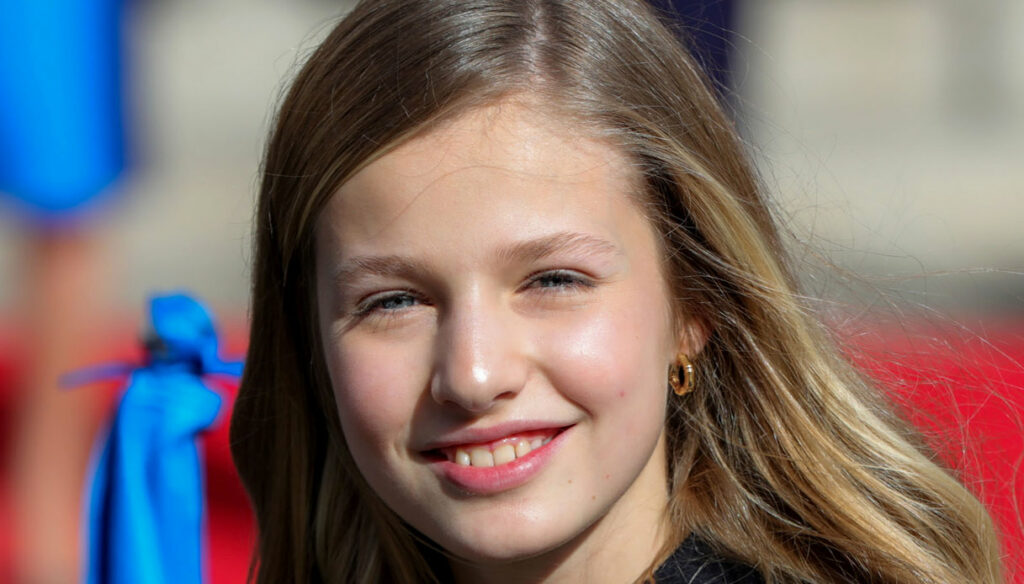 Letizia of Spain steps aside for her daughter Leonor who participates in her first event alone wearing a recycled dress for € 59.90 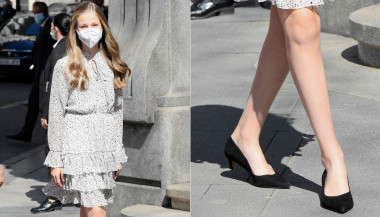 Letizia of Spain, her daughter Leonor enchants with the € 59.90 look

Letizia of Spain stepped aside to make room for her eldest daughter, Leonor, heir to the throne. At 15, the Princess of Asturias took part in her first public event on her own, commissioned by her father Felipe. The girl proved to be up to par and her mother's perfect heir in terms of style.

So Leonor attended her first court engagement without Letizia and Felipe of Spain. The Princess made her public debut at age 14, attending events and even giving speeches. But this time there were no mum and dad to support her and suggest the program: she had to do everything by herself. And it was perfect. Leonor has shown that she is able to carry out her duties with great professionalism.

While waiting to leave for Great Britain where she will attend an exclusive college to perfect her studies, the eldest daughter of Letizia of Spain has proven herself and is promoted on all fronts. On the other hand, the iron discipline with which the Queen educated her daughters is well known.

At the behest of her father, the Princess presided over the commemoration of the 30th Anniversary of the Cervantes Institute, an event that was particularly significant for her, as she publicly read the Spanish constitution there on October 31, 2018. The girl appeared smiling, perfectly at ease , greeting the authorities and the crowd that welcomed her, bringing her hand to her heart like her father.

Following mother Letizia's advice, Leonor presented herself with a recycled look. It is a pretty white dress with small black polka dots, long sleeves with ruffles, gathered waist, short flounced skirt just above the knee, from the Poète brand, belonging to the autumn / winter 2020-2021 collection, model Mitra, which the Princess wore for the first time last spring. Cost? 59.90 euros.

Leonor combines the dress with her black pumps with a hint of heel, signed Pretty Ballerinas, for 195 euros, naturally worn without socks following the taste of mother Letizia. The long blond hair is styled in a semi-collected and there is a surgical mask as per health provisions.

Giovanna Pirri
4807 posts
Previous Post
What happened to Remo Girone
Next Post
Because Isabella Ragonese is famous, who plays Marina in Rocco Schiavone