Letizia of Spain together with Felipe and her children Leonor and Sofia is engaged in one of the most important events for the Spanish Crown, namely the delivery of the Princess of Asturias Award. The Queen as always is very elegant, but this time she steps aside for her eldest daughter, Leonor, from whose title the Prize takes its name.

The event engages the Royal Family for several days and ends precisely with the gala evening. Letizia, husband and daughters have therefore been in Oviedo since 15 October. And after the visit to the permanent installation of LAFPABRICA in which the Queen showed off a fuchsia coat and black ballet flats, signed Hugo Boss, the four attended the traditional preliminary hearing at the Hotel de la Reconquista where they welcomed the presidents of the juries and the winners of the contest.

If last year Letizia shone with an outfit made by Pertegaz, the same designer as her wedding dress, this time she preferred to keep a lower profile and leave room for her daughters, Leonor and Sofia. So, she opted for a recycled look, albeit very elegant. This is the floral print dress, blue and green, by Carolina Herrera that she has worn several times in recent times. In particular, with this outfit she bewitched Charles of England when, on a visit to London, the Prince accompanied her to the opening of an exhibition.

The extremely feminine dress seems to be tailor-made to enhance her slim and toned figure and to give her an extra touch of royalty. Letizia's choice is as impeccable as ever, but she made sure that attention was paid to her daughters, in particular Leonor, the eldest, Princess of Asturias and future Queen of Spain. The 15-year-old girl began to take an active part in the life of the Court last year. And the look she chose for this occasion shows that she has grown.

The Princess wears, like her mother, a dress with a floral but light fabric. And on the feet it has not gone unnoticed that he has abandoned the usual dancers to wear heels, albeit minimal.

His sister also follows in the footsteps of mother Letizia and wears a red dress, the Sovereign's favorite color, which in fact wears it flawlessly. 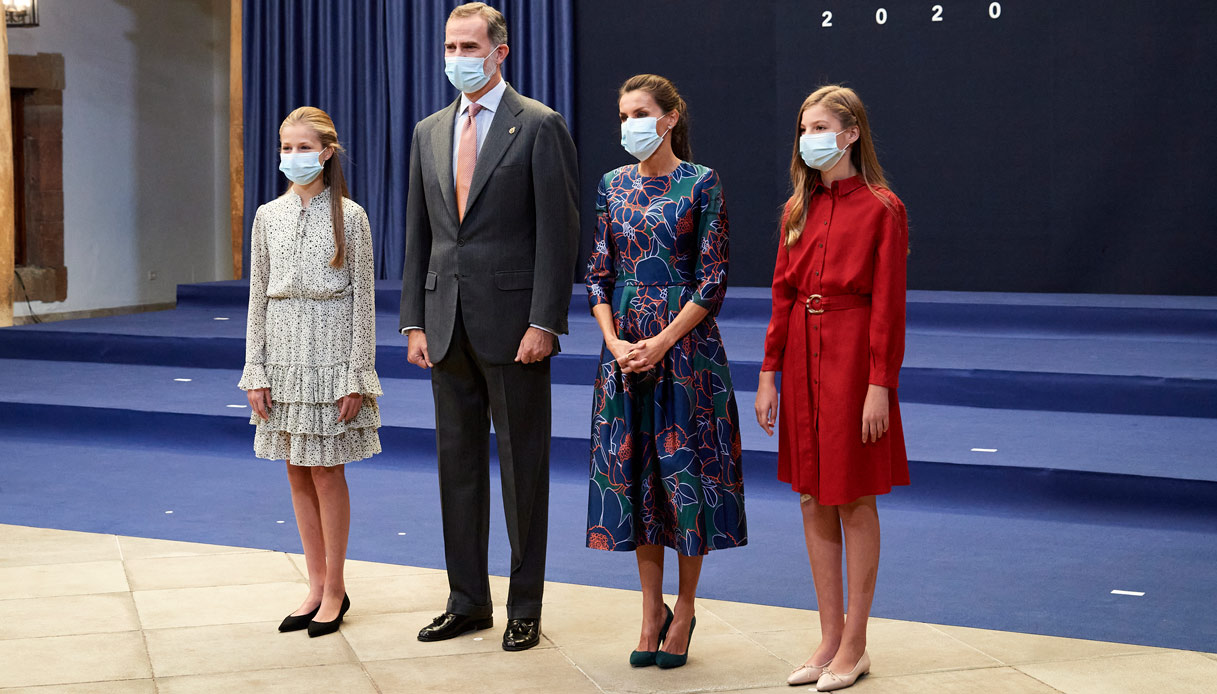