Letizia of Spain shines with her favorite career woman look 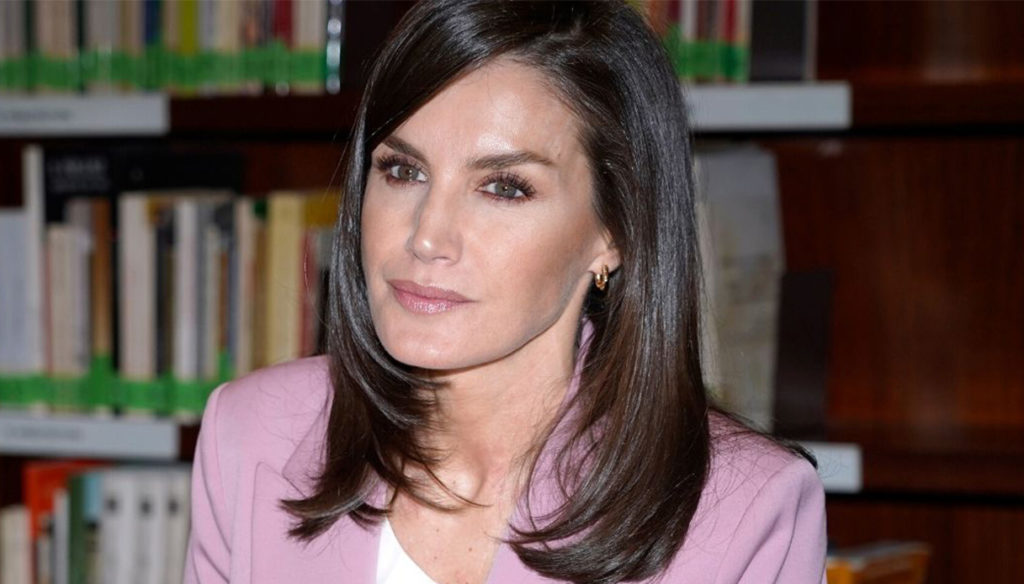 Letizia of Spain never ceases to amaze, wearing one of her favorite outfits again, all to be copied

Letizia of Spain never ceases to amaze, both for her innate elegance, but above all for the ability to recycle her outfits: the Queen wanted to wear one of her favorite outfits again, on the occasion of the event organized for World Day of cancer research.

Ortiz, as honorary president of the Spanish Cancer Association, presided as the guest of honor. On the occasion of the meeting, Letizia could only confirm her role as an icon of style and elegance: once again she wore the beautiful powder pink suit by Hugo Boss, one of her favorite and very trendy pieces in her wardrobe.

In recent months, Ortiz has slightly changed her style, moving away from the surprising previews she used to reserve for official events, recycling her outfits more often. In fact, Letizia, especially because of the health emergency, wanted to give a less sophisticated image of herself, with simple looks and soft colors, to show closeness to her country in such a complicated moment.

The Queen consort had already worn this suit on other occasions, before last Christmas and then during two events, one in February at the Polytechnic University of Valencia and another in March in Madrid, attracting attention, as usual, to her.

The two-piece, consisting of tight trousers and a double-breasted jacket, was once again paired with the white blouse with pleated neckline, signed by Carolina Herrera.

As in other institutional meetings, Letizia matched the suit to the Hugo Boss patent leather pumps – one of her favorite designers – in the same shade as the suit, a beautiful shiny pink, with a comfortable, wide and square heel. To complete the outfit, the white clutch bag with golden chain, which gave further brightness to her look to be copied.

The Queen certainly could not give up one of her beloved accessories, wearing one of the jewels she is most fond of, the gold ring signed Karen Hallam given to her by her daughters Leonor and Sofia, who saved on their weekly allowance to surprise to their mom.

Letizia of Spain never disappoints expectations: she chose to wear her hair down despite the gusts of wind, resulting – as always – beautiful and flawless. 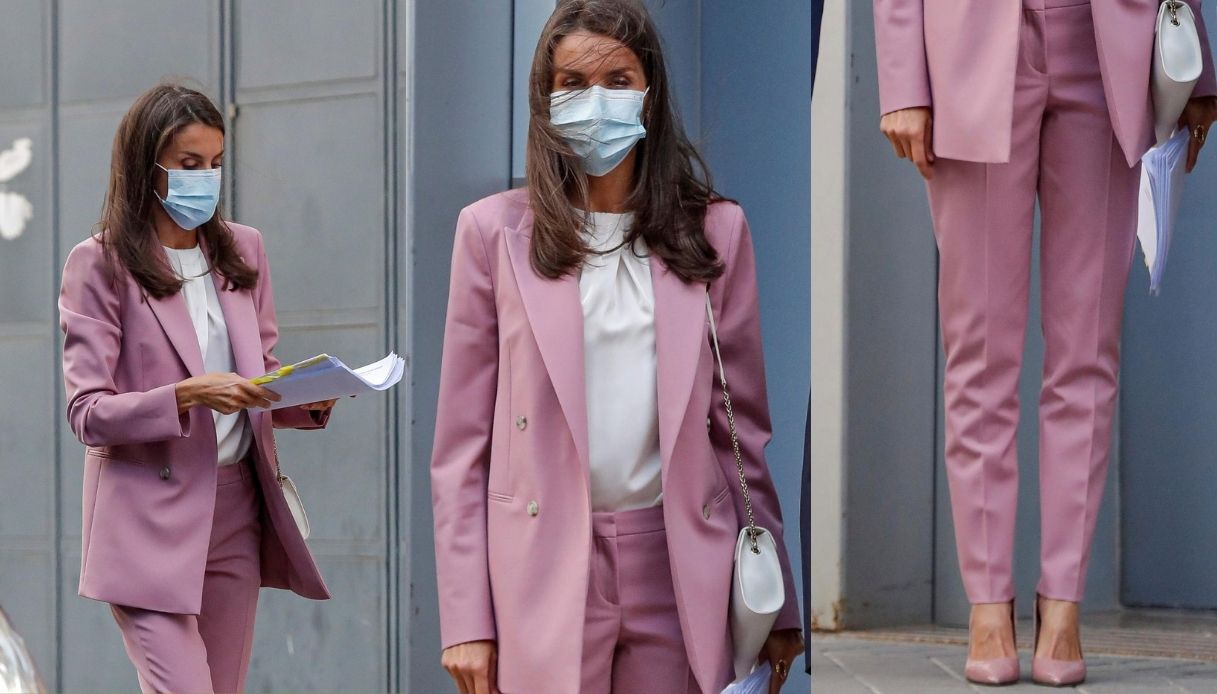 Giovanna Pirri
4191 posts
Previous Post
Elettra Lamborghini, her sister Ginevra: "I will not go to the wedding"
Next Post
Lino Guanciale confesses to his wife Antonella Liuzzi